Rental crisis sets the scene for growth of build-to-rent

Build-to-rent is well established overseas but despite Australia's rental crisis and need for greater in-fill development, it has yet to take off here but that could be about to change.

Ten years ago build-to-rent (BTR) was a niche field in the United Kingdom and United States but practically unheard of in Australia.

Fast forward a decade and the BTR model is a major component of US and UK rental market supply but has struggled to take off locally.

While it is still a growing asset class in Australia, taxes are a restraint on further development of the sector. 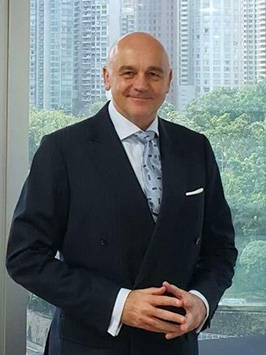 In the US and Europe, BTR is taxed in much the same way as other forms of commercial real estate. This is not the case in Australia where, in most states in territories, BTR developments have faced the higher rates of land tax and stamp duty that apply to residential.

GST presents another imposition. Under build-to-sell, developers can claim credits for the GST encountered on land and construction costs, credits that are not available under build-to-rent.

Michael Bentley, Research and Consultancy Manager at Aurient Property, said conditions in Australia leant themselves to a boom in BTR.

“The UK BTR sector is set to grow exponentially in value, rising from £9.6 billion (A$16.9 billion) in 2019 to a potential maturity of over £540 billion (A$950 billion), providing homes for more than 1.7 million households and Australia will likely follow suit,” Mr Bentley said.

Closer to home, a 2021 report by Ernst and Young (EY) says institutional build-to-rent projects could contribute A$7.3 billion in total economic output and boost Australia’s GDP by $2.9 billion plus support 17,000-plus jobs by 2025.

“EY says BTR could make up around five per cent of the residential rental pool within a decade, which would deliver more than 175,000 dwellings, $100 billion in value and create tens of thousands of jobs,” Mr Bentley said.

But the tax issue remains.

“Land tax, GST and other indirect tax costs in the construction and the operation phases can also diminish the economic return of multifamily projects.

“What’s more, in addition to stamp duty payable on the acquisition of land, a foreign purchaser surcharge of up to 8 per cent may be paid, depending on the state or territory where the property is located and on the percentage of foreign ownership,” Mr Bentley said.

Companies like Blackstone, Greystar and Qualitas are already pushing forward on developments.

Real estate investment management firm Qualitas raised $1.2 billion in 2021, from foreign institutions to launch the BTR platform and raise capital for the purchase of more sites for their portfolio.

On Monday (1 August), Qualitas announced commitments from a wholly owned subsidiary of the Abu Dhabi Investment Authority (ADIA) for a mandate to invest $700 million.

Australia is witnessing a rise in BTR investment, with Melbourne the epicentre of a boom.

In Canberra, the owners of a prime corner site in Dickson are seeking a buyer or investor for a massive build-to-rent project that would add a further 435 units to the inner north and valued at more than $200 million.

CBRE Canberra’s Tristan Cotchett told ACT media that BTR would be a growing space in Canberra and the national capital was now on the third tier of investor interest after Sydney and Melbourne, but strong fundamentals and the comparatively cheaper land were swinging them to the ACT.

“Land costs are right, we’ve got a transient population and we’ve got strong apartment rents, and it’s been strong fundamentals for seven to 10 years now.

“It’s not like just sort of peak for the short-term,” he said.

Melbourne is emerging as a leader in the BTR sector.

Dr Megan Nethercote, Senior Research Fellow at the Royal Melbourne Institute of Technology (RMIT), is an expert on the rental market, and her Rent City DECRA project, underway at RMIT's Centre for Urban Research, is currently examining just how well new models of rental provision might serve renters' housing needs.

“Australia is witnessing a rise in BTR investment, with Melbourne the epicentre of a boom in construction of large purpose-built rental accommodation earmarked for long-term operation by corporate landlords under unified ownership,” Dr Nethercote said.

“BTR may provide some answers for renters by increasing the supply of market rate and affordable rentals and providing renters with improved security of tenure.”

The concessions comprise a 50 per cent discount on land tax for build-to-rent projects for up to 30 years, as well as exemptions to Absentee Owner Surcharges for the same period.

The hope is the tax concessions will unlock new housing development and help make Melbourne the BTR capital of the country.

The advantages of BTR are many, including a consistent income stream on the back of nationwide low rental vacancy rates, a highly paid workforce, high employment rates, and a shortage of new residential developments.

“As many BTR developers are substantial institutions wishing to hold for the long term, they are attracted not only to the steady rental income the BTR model offers, but also the ability to diversify their holdings alongside industrial, commercial, offices and other forms of real estate.

“As Covid has proven around the world, the residential asset class has outperformed the commercial/industrial asset classes in times of turmoil,” Mr Bentley said.

BTR projects offer developers a boost on their returns, because more rent can be achieved from a more desirable renter who is attracted to BTR projects, which are typically high-quality developments managed by the same company.

Unlike building homes to sell, BTR properties tend to be faster with absorption rates.

“Since renting is much faster than buying, these projects will fill up faster, which is a good benefit for developers.

“The asset will not be sitting empty for months, and is some cases for years, like build to sell apartments,” Mr Bentley said.

Demand is high and set to increase once immigration rates grow.

A rental crisis has unfolded, with rents having risen at the fastest rate for 14 years and there have been widespread drops in vacancy rates since the start of year, with the national average plunging to just 1 per cent.

In Australia, nearly a third (32 per cent) of households are renting, well up on 20 years ago, when renters only represented about a quarter of households. In NSW, that figure is 33 per cent, Victoria and Tasmania (both 29 per cent), Queensland (35 per cent), South Australia and Western Australia (both 28 per cent) and the Northern Territory (40 per cent).

Latest World Bank data shows that 86 per cent of Australians now live in urban areas and the number of people living in non-standalone housing (i.e., townhouses, units and apartments) rose by more than 345,000 between 2016 and 2021 according to the ABS, which is about 1 per cent of the population.

Build-to-rent could present an alternative to home ownership and it’s a concept private real estate funds, developers and superannuation funds are increasingly looking at.

On the flipside to the build-to-rent equation are properties that take into account what tenants want beyond the ‘close to amenities’, ‘close to good schools’ selling points.

Co-living property management business, UKO, claims on its website their apartment buildings located in 17 Sydney suburbs are ‘the future of living for families, couples and singles’.

“Our apartments are designed with renters in mind, with flexible contracts and all-inclusive rent fees.

“Each UKO apartment is well-maintained, close to public transport and, of course, home to plenty of communal spaces and like-minded souls.

“At the centre of each community is a dedicated host, who is committed to easing residents into the swing of community life,” their website reads.

No doubt investment profits were the driving force behind UKO co-founders Alex Thorpe and Rhys Williams’ intentions but they state their “mission” was to fight the loneliness epidemic in Australia.

Along came a pandemic that locked the population away for extended periods, especially in Victoria.

Michael Bentley acknowledges the undercurrent of the pandemic has created a space in the market for build-to-rent and a shift away from build-to-sell.

“People are attracted to buildings that offer additional services, usually only found in high-end developments, such as security, concierge services, housekeeping or cleaning, laundry services, residential facilities like barbecue and a roof terrace, and so on.

“With professional in-house management and tenancy services, tenants will be, perhaps for the first time in their rental life, the focus of the organisation,” he said. 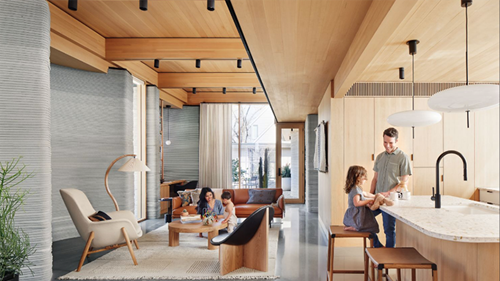