5 min read
19-4-2021
Many homeowners in Melbourne would be cheering the city's median price passing $1 million, but it's a different story for those looking to enter the market. Photo: Shutterstock

But the prospect of buying a property anywhere near his central Melbourne job appears distant at best.

“I can’t even get my head around the idea that the median, the normal every day, house price in Melbourne is more than a million dollars,” Mr Neil said.

“How does anyone get into the market when this is regarded as normal?”

The median house price in Victoria recorded one of its largest quarterly increases, according to data from the quarterly March report issued by the Real Estate Institute of Victoria.

For the first time, houses in metropolitan Melbourne surpassed a median value of $1 million, soaring by a whopping 8.8 per cent from the previous quarter to land at $1,004,500.

For those like Mr Neil trying to get a foothold on the property ladder, there seems nowhere to hide when it comes to escaping quickly rising prices.

In his preferred middle Melbourne segment, house prices have reached a median of $1,148,500, another record that might work for investors but is horrifying to young professionals and others seeking home ownership within reach of their workplace.

Units in metropolitan Melbourne achieved a median price of $672,500, 4.8 per cent higher than the December quarter and an annual increase of 3.4 per cent.

In regional Victoria, houses surpassed $500,000 for the first time and achieved a record quarterly median price of $510,500 with a 4.1 per cent increase from the December quarter, and 12.3 per cent annual growth.

While regional unit prices recorded a 5.9 per cent quarterly increase, they are now 19.1 per cent more valuable than they were 12 months ago.

“I rent a modern but small two bed, one bathroom apartment in Fairfield with my partner for around $500 per week and we’re putting most of our earnings into savings to one day buy a place of our own,” Mr Neil said.

“We live modestly but it’s disheartening when you’re saving in the hundreds and at the same time prices are going up in the thousands.”

Their apartment on Station Street, is about seven kilometres from the city and a similar distance from trendy Fitzroy.

An identical apartment in their complex is advertised for sale at $650,000, which for now is out of reach of Mr Neil.

“We’re looking now to buy further out and rent it out but we’re still trying to identify somewhere that offers a degree of quality – we’re not renovators by any stretch of the imagination – but even 20 kilometres out of the city in places like Epping and Eltham, you’re still looking house prices with a million in the price tag and new three-bed, one bath apartments for more than $600,000,” he said.

“We don’t even think about owning a house before we’re 50.”

REIV president Leah Calnan said with people spending more time at home than ever throughout last year, families took the opportunity coming out of lockdown to upgrade their home.

This benefited house prices in middle Melbourne, the typical suburban family belt, which increased by 6.9 per cent from December.

Following the lifting of intensive lockdowns in 2020, activity in the property sector returned in Victoria, with an estimated 35,000 transactions in the March quarter, the highest since the March 2015 quarter.

Ms Calnan said she expects the market will gradually begin to settle as life returns to normal following a tumultuous 2020.

“Sellers and buyers didn’t waste any time getting active in the market,” she said.

“High demand across the state has also been fuelled by an increase in activity following Victoria’s lockdowns which saw thousands of auctions cancelled”, she said.

In a sign of the frenzied atmosphere gripping Victoria’s, and Australia’s, property market are the sleepovers and queues forming at sales sites and package releases.

In the coastal Victorian coastal town of Ocean Grove, 23 kilometres southeast of Geelong, prospective homebuyers were camping for days in the rain and cold to try and secure a plot of land. Fifty lots were on sale over the weekend from a $386,000 starting price tag.

“Today has seen properties right from entry-level all the way up to prestige experiencing a high average of registered and active bidders per auction,” Mr Condon said.

“Even once a property is announced as on the market and selling, we're continuing to see competition past that point.

“The high level of buyer demand and the favourable market conditions continue to create conditions that are conducive towards sellers achieving premium prices.”

Notable auction results included the $1.107 million sale of a home in Mulgrave, which sold for $192,000 above the reserve price and set a record for a three-bedroom, one bathroom house in the ‘Golden Triangle’ pocket of the suburb.

“Interestingly, just two months ago, a similar property in a much better condition not too far away sold for $1 million, so this is an excellent result for our sellers,” Ray White Mulgrave partner Mark Lum said.

“The highest offer we had received prior to auction was in the high $800,000s, so this is the perfect example of why sellers should hold onto their property all the way to auction day.

“The home was bought by an investor and that’s a real trend we’re seeing at the moment. With money being so cheap at the moment, and with the historic low interest rates, there are a lot more investors buying property than they were a few months ago.” 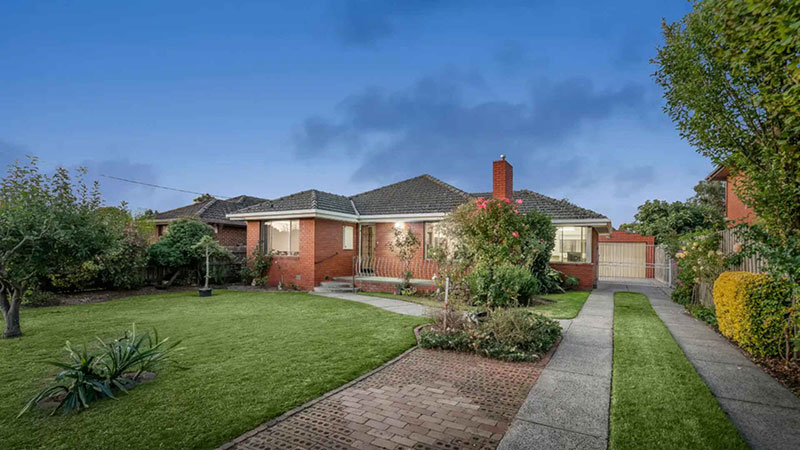 The $1.1 million sale of this home in Mulgrave was indicative of the rise in investor activity in Victoria. Photo: Ray White Group

Ray White Blackburn director Peter Schneck said there was strong competition both in-person and online for the 5-bedroom, 2-bathroom house.

“This sale was a record for a 1960s home in that estate - with properties like this one selling there for $1.2 million before Christmas.

“We had more than 65 people through the property during the campaign and the home was attracting young families, primarily, and it was a young family who were the winning bidders.” 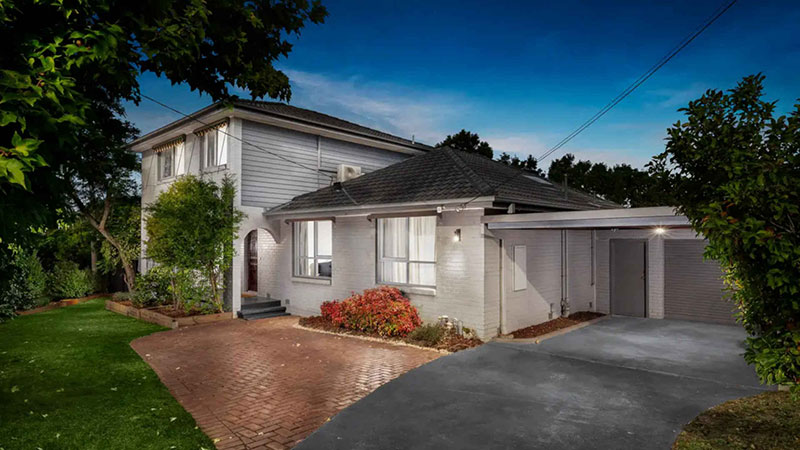 Keen bidders were out in numbers for this home in Forest Hill. Photo: Ray White Group