RBA does it again: rates lifted by 0.5 per cent

The Reserve Bank of Australia has repeated its double dose of interest rate hikes, lifting its cash rate by 0.5 per cent for the second consecutive month and putting further pressure on real estate prices.

For the second month in a row, the Reserve Bank of Australia has delivered a double dose rate rise.

At its meeting on Tuesday (5 July), the RBA Board decided to increase the cash rate target by 50 basis points to 1.35 per cent.

CBA announced Wednesday that it will hike its variable home loan rates by the full 0.50 percentage points, having already shocked borrowers last week with its biggest ever rates increase. ANZ, NAB and Westpac were quick to follow suit.

Pinning the blame for higher rates firmly on high inflation, RBA Governor Philip Lowe said price increases were being boosted by covid-related disruptions to supply chains, the war in Ukraine and strong demand that is putting pressure on productive capacity. 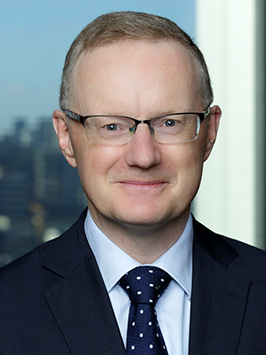 Philip Lowe, Governor of the Reserve Bank of Australia

“Monetary policy globally is responding to this higher inflation, although it will be some time yet before inflation returns to target in most countries,” Mr Lowe said in his monthly Monetary Policy Decision statement.

Inflation is now at 5.1 per cent and is forecast to peak later this year and then decline back towards the RBA's target 2–3 per cent range next year.

Mr Lowe said a key source of ongoing uncertainty about the economic outlook is the behaviour of household spending.

“The recent spending data have been positive, although household budgets are under pressure from higher prices and higher interest rates,” he noted.

“Housing prices have also declined in some markets over recent months after the large increases of recent years.

“The household saving rate remains higher than it was before the pandemic and many households have built up large financial buffers and are benefiting from stronger income growth.

“The Board will be paying close attention to these various influences on household spending as it assesses the appropriate setting of monetary policy.”

The latest hike takes means the cash rate is 125 basis points higher relative to the emergency lows of 0.1 per cent seen before the tightening cycle commenced on 5 May 2022.

If lenders pass today’s rate hike on in full, which is likely, the average variable mortgage rate for a new owner occupier loan will be around 3.66 per cent (up from 2.41 per cent in April).

For a borrower with a $500,000 housing debt, with principal and interest repayments on a variable rate mortgage, the average monthly repayment would have risen approximately $366 per month since rates started rising. For a $1 million loan balance, repayments would be up around $732 per month.

CBA on Wednesday announced its new rates would take effect on 15 July, including:

Many are tipping another double hike for the first Tuesday of next month. If this happens, it will be the sharpest rise to the cash rate since 1994, when the RBA hiked by 2.75 percentage points in the space of five months.

The RBA Board was as blatant as its official tone allows in warning borrowers that there was more pain ahead.

“The Board expects to take further steps in the process of normalising monetary conditions in Australia over the months ahead.

“The size and timing of future interest rate increases will be guided by the incoming data and the Board's assessment of the outlook for inflation and the labour market.

“The Board is committed to doing what is necessary to ensure that inflation in Australia returns to target over time,” its statement said.

Economists and finance experts are in unanimous agreement that borrowers will be facing significant interest rate increases as the banks promptly pass on what is expected to be a steady stream of monthly RBA rate hikes.

Graham Cooke, head of consumer research at Finder, said the combined cash rate hikes will cost the average Aussie homeowner over $5,000 over the course of a year.

“These are tough news for many homeowners, with one in four already struggling to meet their monthly mortgage payments in June.

“There’s no light at the end of the tunnel just yet, with our panel forecasting at least two more rate rises to come and this will put further downward pressure on a rapidly deflating housing market.”

Two-thirds of the 27 experts who weighed in believe the cash rate will peak at 2.50 per cent or higher. Almost half agree it will peak in early 2023. 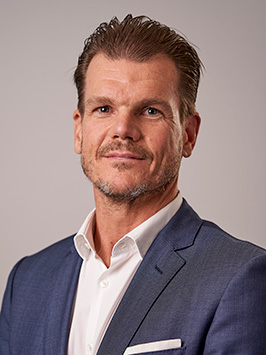 Carl Hammerschmidt, CEO at online home loan marketplace Joust, said they expected the cash rate to rise somewhere between 1.5 and 2 per cent by the end of the year, peaking between 2 and 2.5 per cent by mid-2023.

“While this is ostensibly more bad news for borrowers who’ll no doubt begin to feel the effects of increased mortgage payments, the fact is that a correction to market normality can’t come soon enough,” he said.

“The speed of further interest rate normalisation by the RBA will be, at least in part, dependent on how well businesses and families react to these higher borrowing costs, as well as the pace of real wage gains in the short to medium term.”

The race to refinance

While it may seem there's nowhere to hide from ascending interest rates, more Australians are looking for alternatives to their existing lenders.

Personal finance marketplace Compare Club revealed it has seen a 22 per cent uplift in home loan enquiries in 2022 compared with the last six months of 2021.

The company’s broker data reveals Aussies are racing to refinance, with enquiries about refinancing jumping 77 per cent between the second half of the 2021 calendar year and the first half of 2022.

New South Wales residents are keen to take advantage of a cooling market, as the state saw a whopping 146 per cent uplift in refinance enquiries in the last six months and a 91 per cent growth in new purchase enquiries.

With Victoria having the highest average property value for refinancing, the state’s residents seem to be the most desperate to refinance their home loans.

Victoria has consistently had the highest refinance versus purchase enquiry ratio of any other state in the past 12 months and has seen a 62.5 per cent uplift in refinance enquiries in the last six months.

Queensland has seen the highest growth in new purchase enquiries, with a huge 92 per cent uplift in the last six months.

The average value of a purchase enquiry loan has risen by 5 per cent in six months, suggesting a cooling of the market.

“It really is a market where it pays to take action now,” he said.

“Homeowners are seeing huge repayment rises and every day counts.

“The banks have continued to reprice their mortgages even before the RBA makes any official announcements.

“Commonwealth Bank’s unprecedented 1.40 per cent hike on fixed term mortgages last week kicked off another round of rate rises from the banks, which will price some people out of the security of a long-term fixed loan.”

All big four banks have also announced they will increase their bonus saver accounts by the full 0.50 percentage points this month.

“The latest rise of 0.5 per cent will certainly affect the housing market however other factors such as consumer sentiment due to uncertainty about inflation, access to building supplies and labour, along with worries about wage growth are impacting the current economic climate,” he said.

“Key concerns for the housing industry at the moment are the continued reports of builders going into liquidation, as this hinders the future pipeline for homes for sale and rent, which will impact on supply, and in turn, affordability.”

“Property markets are showing signs of a slowdown but these are relatively minor compared to the substantial gains experienced over the past couple of years.

“Further cash rate rises are expected for the remainder of the year as the RBA aggressively targets inflation, which does not appear to be abating anytime soon with the conflict in Eastern Europe, the energy crisis, labour shortages and recent extreme weather events continuing to wreak havoc on the Australian economy,” Dr Wong said.

“The only scenarios in which the RBA might reconsider its hawkish position are inflation being brought under control sooner than anticipated, or a recession develops.

“The inflation question does not have a simple answer, requiring everything from supply chains being fixed to easing consumer demand and a moderating rental market.

“Even if these issues could be resolved, the ongoing conflict in Eastern Europe remains the proverbial elephant in the room.

“Since the conflict began, crude oil prices have risen sharply and the gas crisis continues to plague Western Europe as the German-led exodus scrambles to secure alternative sources in preparation for winter in the northern hemisphere.

“When and how hostilities will end remains unclear,” Dr Wong said.

With such a confluence of headwinds, there appears little that can stop the interest rates juggernaut.