The reality about buying property in Bali

The reality about buying property in Bali

Bali is awash with investment "villas" and is the destination of choice for planeloads of grey nomads from Australia and other countries. And while the environment is benign and the locals are friendly, the apparently seductive investment benefits from villas on freehold or long lease arrangements require very careful review and due diligence.

The reality is that Bali presents complex property investment potentials in which there are serious downside risks. Any aspiring investor should factor these into their long-term financial planning.

The legal situation regarding ownership is complex. Put simply, unless you are an Indonesian national, you can't own freehold land in Indonesia. There is a workaround in which you can have a contract with a nominated national who is the titleholder but there are obvious risks in such an arrangement.

A less risky and increasingly popular solution to the prohibition on foreign land ownership is a long-term lease. This may initially be limited to 25 years but sometimes may be optioned to extend for much longer terms.

Lusia Wirayudha, who established Jo & Jo; Realty in Sanur, mentions the nearby Aleesha Villas, which has a lease term of 42 years and is transferable.

And she counters the concerns that some may have about leasing.

"It was something that a lot of the expats and foreign investors were asking when they first came to Bali," she says.

"They couldn't understand why they couldn't buy freehold. But now people realise that there's money to be made without having to turn the land into a freehold contract anyway. It's also good for the property to be given back to the people after 25 years. So I don't think these measures are making a big deal anymore. Having said that, there is local interest from Jakarta and Surabaya also.

Some of them are buying leasehold now. If it's an attractive location such as Seminyak, even if it's not freehold, and if it's giving a good income and a good return, so what! Hong Kong and China are all leasehold for that matter." That's the situation if you choose to live in an investment villa yourself, but there are other taxes and complications that arise if you want to rent it out to someone else. According to an Australian couple that built a house on land in Bali, the laws governing home-stay or longer-term lease have been ratcheted up by government, including the mandatory Izin Pondok Wisata or tourist lodgings licence, under considerable pressure from the Balinese hotel lobby.

All property owners who lease out their investment premises must apply for this licence, which can only be obtained by an Indonesian national. Foreigners are required to form an agreement with an Indonesian person who acts as the nominee in obtaining the licence.

Some of the booking agencies, which include home-stay arrangements in their letting inventories, are now the focus of special government attention to confirm that such arrangements are in place.

It goes without saying that drawing up contracts for these forms of investment requires expert legal advice. Some sources have speculated that the laws concerning freehold or leasehold might be relaxed in the future.

However, Peter Johnson, an Australian expat and principal of Austrindo Law Office in Bali, says, "We see no changes in the law regarding leases or the ability of foreigners to hold Hak Milik (freehold title) in Indonesia under our new president. Regarding the Pondok Wisata licence, this can only be held by an Indonesian citizen and is limited to a building of five rooms. We see no change in the law."

If you have overcome the legal hurdles, another fundamental question is whether the purchase is a viable investment as opposed to being a convenient long-term basis for enjoying one's own accommodation in Bali. Assuming that one important consideration is the protection of capital, the most daunting of financial risks in the long term has been the downward slide of the Indonesian rupiah against the Australian dollar.

Ten years ago you were getting Rp.6000 to the Australian dollar. This year it has sunk to close to Rp.11,000 to the dollar. For an investor who put their life savings into a villa 10 years ago - whatever the capital appreciation that might have occurred in Bali - there's obviously a lot of ground to make up to compensate this erosion in value.

Looking into the future and trying to forecast how the rupiah will do against the dollar, given the current geo-political uncertainties, requires a crystal ball in both countries! Many pundits in Australia think that the Aussie dollar is overvalued as it stands. Similarly the effects of Indonesia's new president on the national economy are difficult to gauge, but neither should be overlooked in your risk analysis.

The problem is that various taxes and commissions chip away at what seem like the relatively high gross returns of (say) six to eight per cent.

If it's not the capital gains so much as the returns on investment that you're concerned with, a close examination of the figures present a far less rosy picture than the agents might have you believe.

The problem is that various taxes and commissions chip away at what seem like the relatively high gross returns of (say) six to eight per cent. Expat Raymond Rutherford, who lives in a Sanur villa he purchased some years ago, says, "with the strength of some booking agencies dictating fees as high as 20 per cent, taxation at 20 per cent, and management fees ranging from 20 to 25 per cent, I don't think an Indonesian villa is viable as a rental proposition."

The cultural risks are the hardest to fully appreciate for visitors who first visit Bali and are beguiled by its benign climate and the friendliness of the locals. Longer term your experiences will depend to a large degree on how well you're able to assimilate into a foreign culture should you wish to become an expat, or how well your long-term relationships will pan out from Australia to Indonesia should you want to manage a foreign property investment remotely.

The most obvious fact of the matter is that no matter how well you think you are welcome, however well you might learn to speak Indonesian, you will be identified as a foreigner and therefore should expect to be treated differently from how a local might expect to be treated.

Wirayudha, who is Indonesian herself, sees this in positive terms, arguing that Australia with its continental spread and small population is "a very lonely planet - you live a long way from your neighbour and have people come and talk to you and it's very different when you're in Bali," she says.

"This is why when you come to Bali you find Indonesians more warm. We look forward to meeting people. You know the people selling food on the street and things like that, so when they come here they feel like they're welcome. You spend all your time in Australia having to scrub your own floors, cook your own food, but in Bali you can sit down and have a meal for just five dollars and get all its facilities such as cooking and cleaning, much, much cheaper than when you're living in Australia."

But the reality is that when you, as an expat, own property and possibly have to become involved in a business or partnership, you'll be competing with local interests and possibly come up against the dark side of Bali's underworld.

At the time of writing, reports in The Sydney Morning Herald and The Age speak of hundreds of cases in which extortion attempts have been made by local "Preman" gangsters against western property owners.

As Michael Bachelard reports in The Dark Side of the Sun, one victim was forced to hand over US$120,000 against his better judgment to such a group who had threatened him with death if he didn't pay up.

You may also be sure that as a foreigner you'll be dealt with harshly if your permits and tax matters aren't completely above board.

Raymond Rutherford says a situation that can occur is where an expat investor living in Bali on a special retirement visa ignores the requirement that any form of "work" is prohibited.

"People get into trouble because they have not followed the law," he says.

"Special visas are available for some selected countries and for a certain age group (for seniors). Under these visas you aren't allowed to work. One of my concerns has been that having two villas might be construed as 'work'.

If people offshore are doing this for an investment as a business, that's okay. But those people who come and outstay the 30 days (tourist visa limit) and invest in villas - then they can be in trouble - and taken to the airport."

He also mentions the recent crackdown on journalists entering Indonesia on tourist visas and being deported, as in the case of a journalist caught reporting Schapelle Corby's parole release.

Preferential treatment occurs equally in day-to-day living, with many expats warning of police taking sides in minor traffic incidents whether or not the expat is driving or being driven. In a typical example a source mentioned his car being pulled over and the policeman demanding payment "for speeding" although he wasn't the driver.

Despite the apparent negativity of all these experiences, there are factors such as those referred to by Wirayudha that might cause you to see the benefits of an expat lifestyle overcoming the comparatively drab culture that Australia has to offer.

Who knows what will happen to the dollar against the rupiah in the longer term but with Indonesia in a strong growth phase and Australia generally viewed as having an overvalued currency you might be lucky. Similarly, with the recent treaty established between Australia and Indonesia over security matters, the way in which expats are dealt with by Indonesian officials may become more relaxed.

Bronwen Castor, an Australian investor who has considerable experience of life in Bali, has some advice for Australians contemplating a venture into the Bali property market.

"Be sure of the motives behind such a scheme. If you're doing it for the money, invest your cash elsewhere," she says.

"If, on the other hand, you're doing it to help the Indonesian economy along, that's fine. But you also need to think carefully about this form of investment in the longer term." 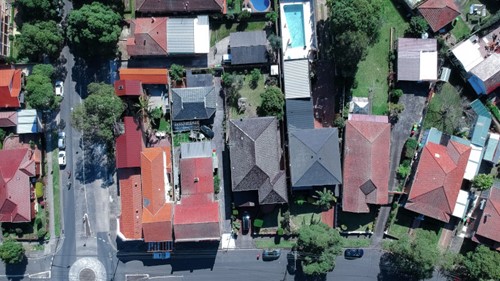 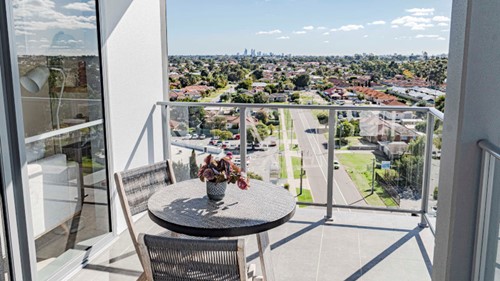 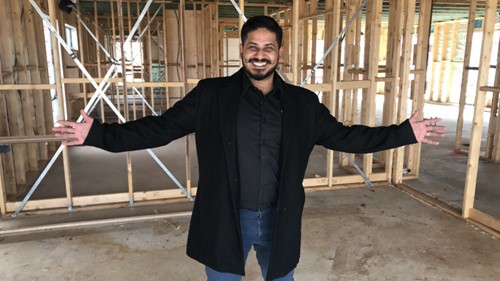 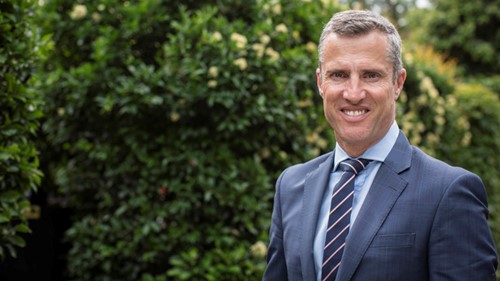 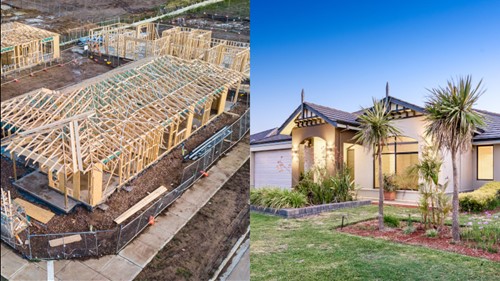 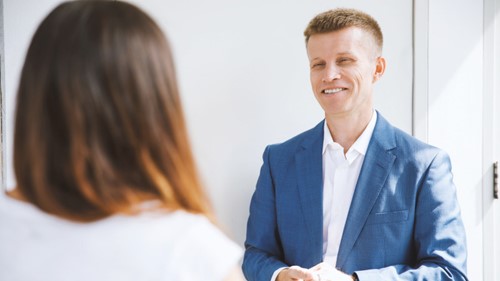