Recent data from the Real Estate Institute of WA showed Busselton had become the fastest leasing regional centre in the state, with the median time to lease a property just 11 days in the three months to the end of February.

That time on market was 12 days quicker than it was at the same time in 2020, according to REIWA president Damian Collins.

“The speed at which vacant rentals are being tenanted has a lot to do with the reduction of available rental properties in the area due to the rental shortage affecting the state.

“This has caused increased competition among tenants in Busselton and put upwards pressure on the regional centre’s median rent price, which increased by $100 a week to $500 when compared to the three months to February 2020.”

At the same time, Busselton rental yields have risen to an average of 5.9 per cent for a three-bedroom house, and 7.6 per cent for two-bedroom units, according to data from SQM Research.

Yields are similar in Margaret River, hitting 5.2 per cent for three-bedroom houses and 5.8 per cent for two-bed units at the start of March, SQM said.

In nearby Dunsborough, SQM said yields for three-bed houses were 5.5 per cent, while yields for units were sitting at 4.9 per cent.

CoreLogic data shows median house prices in the region are also on the rise, while still being relatively affordable, particularly when compared to holiday hotspots in other states.

Leading local real estate agent Tony Farris, of Stocker Preston Dunsborough, said there was currently a very strong level of enquiry not just at his agency but throughout the South West, largely because of the diversity of the marketplace in the region.

“No matter your wealth, you can still move to Busselton, Dunsborough or Margaret River where we have every layer of real estate,” Mr Farris told Australian Property Investor Magazine.

"It’s not like we are a locked market like Floreat or some of those wealthier western suburbs areas which have such a high buy-in price.

"For us, Dunsborough has got everything within five minutes, there is a huge separation from entry level buyers to the top end properties.

"The market definitely hasn’t slowed down, it’s brimming with confidence.”

While acknowledging the demand was not entirely across the board, Mr Farris said some market segments were running extremely hot.

“It’s in certain parts of the market which just have a higher level of desire from the consumer,” he said.

“That’s primarily our semi-rural areas, two to three acre properties, or down near the beachfront or in those nice coastal hamlets of Dunsborough, Gracetown, Prevelly, or Yallingup.

“Those areas are boiling with buyer activity - you could have 30 buyers through for a $2 million property.

“There has definitely been a shortage of choice in those really nice layers of the marketplace, but the mainstream residential sector is humming along, there are still good opportunities for buyers out there and there are good opportunities to invest with rental rates in the South West region that have risen to a new level.”

For investors, Mr Farris said there were several factors aligning that were enhancing the prospects of success in the South West.

“Firstly we are an underpopulated region, and if the market is filled with buyer enquiries and filled with a high volume of transactions, we’re going to shorten our supply a lot quicker than most areas,” he said.

“When Dunsborough gets light on stock there’s Cowaramup, there is Margaret River and there’s Busselton, but most people zero in on their favourite area, and if we’re the most popular spot in this corridor and in the South West, we are the first ones to be short of options, whether it’s for lease or for sale.”

Mr Farris said the last 12 months had been characterised by a high volume of people coming into Dunsborough’s rental market, and as options started to become scarce, those interested parties were instead buying established homes.

“If you’re moving to the South West now you might jag a rental, but it’s probably going to be $550 to $650 per week rent, but at least you are going to have a year here to get a taste of the area before you potentially buy,” he said.

“But considering there is only one successful tenant if there are 10 applicants, the other nine have to either wait for another rental property or go buy an existing home, which is what most of them have been doing because the rents are quite high.

“If they’ve got good income and good employment and they’re in a position to buy, they will turn their focus to the established market because the rental market has increased so much.”

Mr Farris said rents, on average, were around $100 to $120 per week higher than they were 12 months ago in Dunsborough, growth which made the market enticing for property investors.

“Investors are looking at the area a bit more, in the established market you can pick up a house at fair value so they will have a good crack at it.”

Mr Farris said the only possible challenge for prospective South West investors to weigh up would be the amount of new home construction underway, particularly in Dunsborough, where many homebuyers have taken advantage of generous government stimulus packages.

As well as the federal government’s HomeBuilder grants, WA buyers willing to build a new home had been able to access an additional $20,000 in funding from the state government.

“But how much of the construction underway is investor-backed compared to owner occupier-backed?

“It would be nice to have some stats on that because then we could see how much housing is being developed now which is going to support the rental market.

“Dunsborough is a highly desirable place to live, so I would suspect that a lot of people who have capitalised on the stimulus and are building now, one would think 50 per cent of them are going to be living in those homes.

“There will be supply coming to the market next year, but I think this year is going to have a pretty strong tempo for an investor or an established homebuyer.” 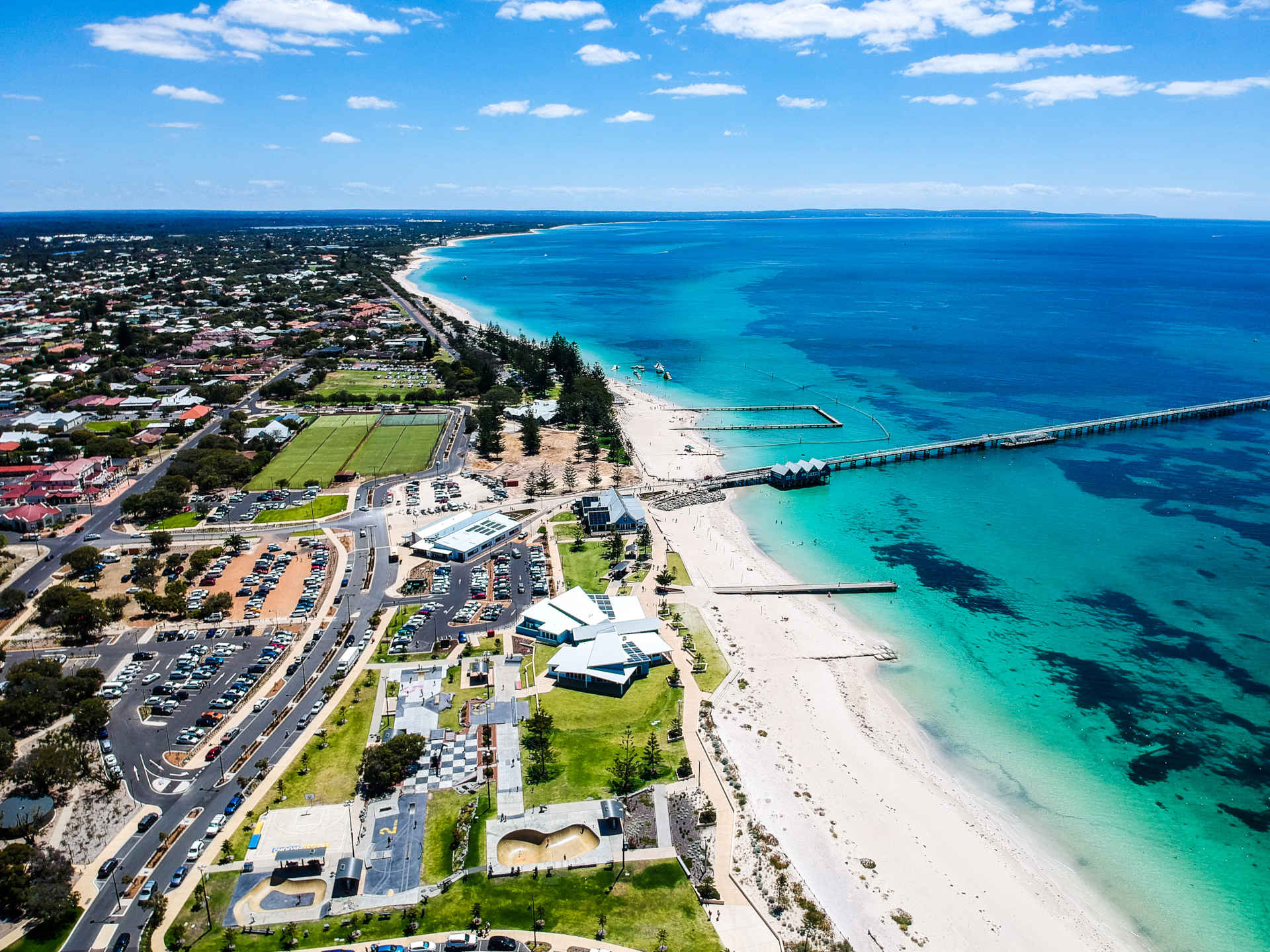 Busselton has emerged as the fastest location in regional WA to rent a house. Photo: Shutterstock