A decade-long vision is turning into reality on the southern Gold Coast, with KTQ Group becoming the latest developer to enjoy a sky-high sales campaign at its $380 million redevelopment of the Kirra Beach Hotel.

Following hot on the heels of Mosaic Property Group’s near sell-out of its $130 million Dawn at Mermaid Beach in just two weeks, Penny Flannery’s KTQ Group announced it had sold just over $140 million worth of apartments since launching marketing at Kirra Beach in late December.

KTQ Group development director Jeremy Holmes said while it had been a long journey to get to this point, the timing was perfect for the luxury development to come to market.

Mr Holmes told Australian Property Investor Magazine KTQ Group had purchased the Kirra Beach Hotel in 2010, and it had been a lengthy process to consolidate its adjoining sites.

“We bought a lot of units from people and knocked those down to amalgamate this into a 9,000 square metre site. It’s the biggest site on the southern Gold Coast, without a doubt, but the beauty of that is what that enables you to do,” Mr Holmes said.

“It enables you to master plan an outcome with multiple towers and different offerings, you’re not compressed by setbacks or hemmed in anywhere, and you can mitigate all of the adverse impacts you would have if you were building a tower on a small block.

“That’s been a vision from 10 years ago which is coming to fruition now, so it’s been a long process in that sense.”

A second 10-storey tower will offer another 90 apartments, while an 80-room luxury hotel and a dining and retail offering will round out the precinct, replacing the historic Kirra Beach Hotel which has become a community icon since being built in 1956.

Mr Holmes said while construction would start in coming months on the first stage, the developer would be patient and not rush the second and third stages to market.

“We still have a number of units to sell in the first stage, while we’ve sold a lot of them we have a good collection of units for sale,” he said.

“We are not in a rush, we’re taking it one step at a time, but the market is definitely pushing us in the direction of starting to think about when we are going to do that second stage, and potentially even build the third stage with it, because the third stage is a hotel and there are no pre-sales related to it.

“If we have enough confidence we might build two and three together.

“The site and precinct design, which has a laneway-style retail precinct, really doesn’t come into effect until all the buildings are completed, it’s kind of the finishing touch, and that’s another reason why we are considering bringing forward stage three so we can have the whole thing completed and realise the vision for the whole site as a destination precinct.”

Mr Holmes said an important factor in the project’s sales success was KTQ Group’s commitment to deliver a comprehensive hospitality offering through the redevelopment, maintaining the mystique of the popular Kirra Beach Hotel.

“The Kirra Beach Hotel is kind of like a country pub by the ocean, and that’s based on the owners of the pub and the management team and the service and offering that we deliver, and that’s what’s created this really strong community hub around it,” he said

While the Kirra Beach Hotel won’t be faithfully recreated in its current form in the redevelopment, a new casual pub offering will be complemented by a rooftop cocktail venue and events space.

“You can have a schooner, have a punt on the horses or go to a trivia night, but if you want to do something a bit more fancy on a special occasion you can go upstairs, it’s a bit more glamorous.

“They are on top of each other but they fit two different demographics and desires from the local community.

“That’s the piece of the pie that’s been missing from this area for forever and a day, so that’s definitely a new concept and a new offering that we’re bringing.

“We’ve seen it work in other places like Burleigh Pavilion and other places on the coast, so we feel like by the time we get this built, it will be Kirra’s time or the southern Gold Coast’s time to have a venue like that.”

Alongside the hospitality offering will be a bespoke retail precinct, which Mr Holmes said KTQ Group would be very particular in curating.

“We’re not selling the commercial spaces, we are actually going to lease them to the people we want to lease them to, not just who will pay the most for the space,” he said.

“We’re not talking about McDonalds or Quiksilver, they’re not coming in here.

“This will be a curated, granular retail experience because we appreciate that the tenants really assist in telling the story and enhance the offering of the whole precinct. We have got to get it right and we’ll do what we need to do to make sure that happens.”

Mr Holmes said the other big contributing factor behind the sales success was the maturation of the southern Gold Coast as a property market.

He said the strength of current sales conditions on the Gold Coast had never been seen before, with KTQ Group not the only developer to reap the riches of the sustained migration of many to South East Queensland over the past 12 months.

“It’s really all the way down the coast, but certainly the southern Gold Coast around Burleigh, Palm Beach, Kirra, have all really led the charge in terms of the market and people rediscovering the southern end of the Gold Coast,” Mr Holmes said.

“(The scale of development) really differentiates that part of the Gold Coast from Main Beach and Broadbeach.

“The height makes it feel a little bit less dense and a bit more relaxed.

“Our project is 118 apartments, so I wouldn’t call it a boutique-scale building, it’s probably sitting in between a skyscraper and the smaller developments like Flow at Rainbow Beach, which has sold very well also.

“There is varying scale, but everything down that southern end of the Gold Coast is going really well and is leading the charge.”

Meanwhile, other developers also continue to advance new projects to cash in on the Queensland property craze.

Allure has promised new levels of luxury living with its 88 Burleigh, which was designed by architecture firm DBI to become a “living and breathing extension of the beautiful beachfront location.”

“The project has elegant clean lines and glazing dialogue with the crafted sculptural spine running along the beach facade reminiscent of a Turridae eroded by the sea breeze, which has directly been inspired by Burleigh’s coastal DNA,” DBI director Rath Anderson said.

The development is being marketed by Syd Walker and Bruce Goddard of Place Projects.

Designed by architecture firm Rothelowman, H&F has aimed to reimagine the area’s holiday shacks built in the late 1950s and 1960s, creating a collection of beach houses in the sky.

“Hemingway will be a slender residential tower with cut outs that dramatically expand the indoor-outdoor experience and reframe the view-lines through to the ocean to deliver true panoramic views,” he said.

“The design is a perfect fit for its unique location and will help define the future of the once sleepy suburb of Palm Beach, which has become highly sought-after and increasingly more exclusive but lost none of its charm.”

Brisbane-based Spyre Group also recently bolstered its beachfront project pipeline on the Gold Coast, lodging plans in late January for a boutique project on the Komune Resort site in Coolangatta.

A previous DA at the site called for a 27-level tower, but Spyre Group is instead proposing to build a 12-storey development to be known as Cala Dei Residences.

“The site was originally intended for a 27-storey development, but we have significantly reduced this footprint,” Spyre Group director Andrew Malouf said.

“Instead, we propose to create luxury residences that complement the world class surfing reserve status of the southern Gold Coast beaches.”

Mr Malouf said Spyre Group’s pipeline on the Gold Coast was now worth in excess of $250 million, with the market shaping up as a long-term proposition for the company.

“The challenge always starts with securing the right site, and we’ve been fortunate on the Gold Coast over the past few years targeting only the best beachfront sites in each area, especially with our latest acquisition at Coolangatta,” he said.

“The Gold Coast’s natural environment may be what attracts people in the first place but creating luxury residences at this level provides a reason for many to stay.

“The market is well supported by locals and increasingly by interstate buyers, and remarkably we see that trend continuing for some time.” 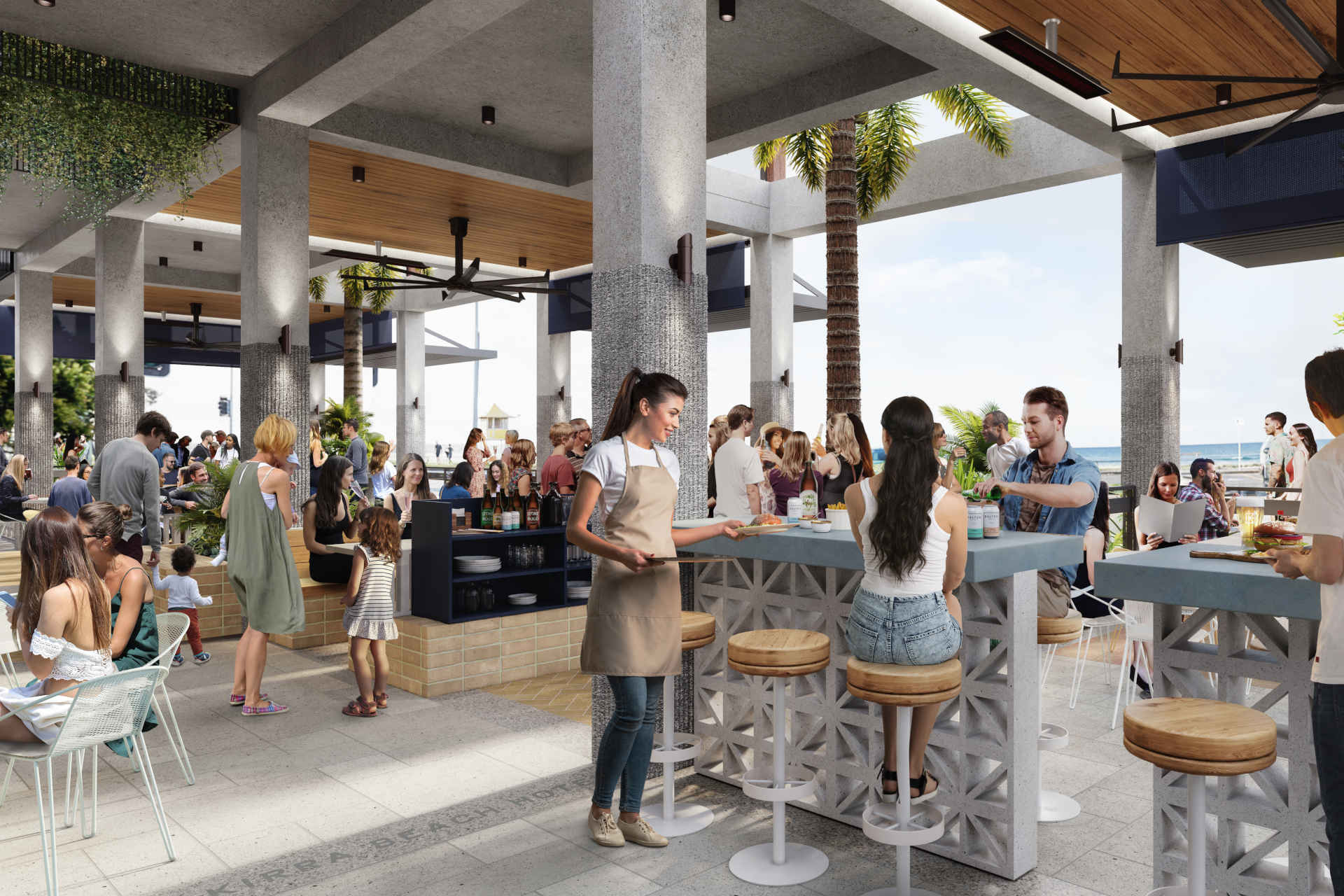 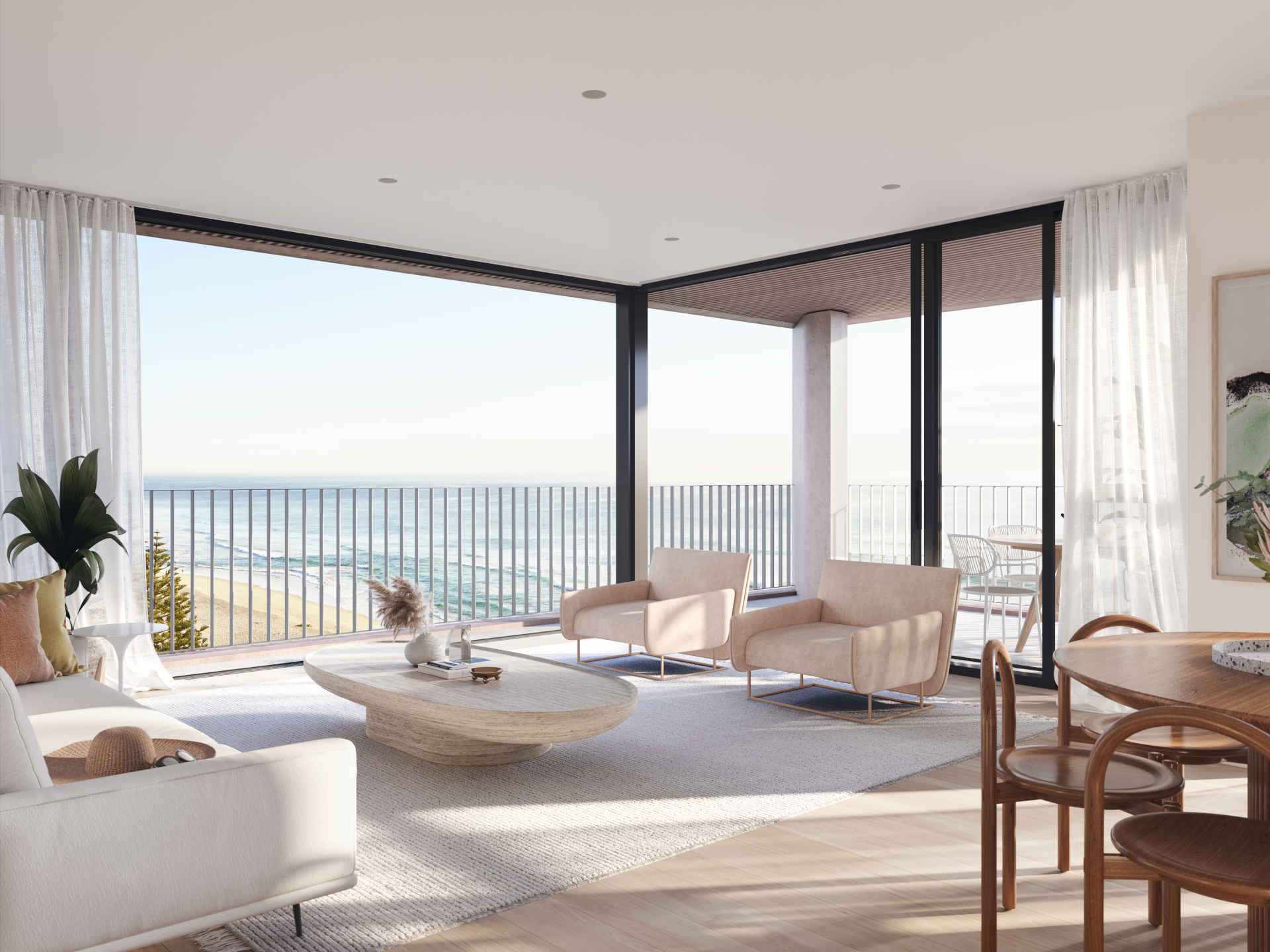