Data from CoreLogic showed the ratio between dwelling sales and new listings rose to 1.4 in the three months to the end of July, the highest level since the research group started tracking the metric in 2008.

The current ratio is 53.4 per cent higher than what has typically been recorded at this time of year for the past five years.

While Adelaide has the highest ratio at 2, CoreLogic head of research Australia Eliza Owen said those cities dealing with lockdowns recorded a particularly strong uplift over the period.

Ms Owen said that surge could be the result of a disproportionate number of sellers postponing the start of a selling campaign due to the lockdowns.

“Mortgage rates are one of the most important determinants of housing demand, and in the current climate, where GDP is once again expected to decline, the RBA will likely facilitate a low rate environment for longer,” Ms Owen said.

Also contributing to the sales surge was Australia’s increased saving levels, which were likely to have bolstered borrowers deposits.

On the supply side, new listings on an annual basis are on the rise compared to 2020, but recent lockdown conditions may have put the brakes on that growth.

For the four weeks ending July 4, there were 38,000 new listings added to the market nationally, a level higher than the five-year average.

“However, recent lockdown conditions have seen new listing counts slip back below the historic average, with Sydney in particular recording a 17.3 per cent drop in new advertised stock over the past four weeks,” Ms Owen said.

“Part of the reason listings have remained low through lockdown conditions is the assistance offered to homeowners seeing hardship through COVID-19.

“Mortgage repayment deferrals and household income support have kept distressed sales from hitting the market, and have more broadly been a factor in keeping housing market conditions stable.

“However, it has also contributed to a persistent seller’s market, which is reflected in the high sales to new listings ratio.

“The ratio may ease in the coming months as advertised supply moves through the normal seasonal spring uplift and buyer demand is limited by extended lockdowns and affordability constraints.” 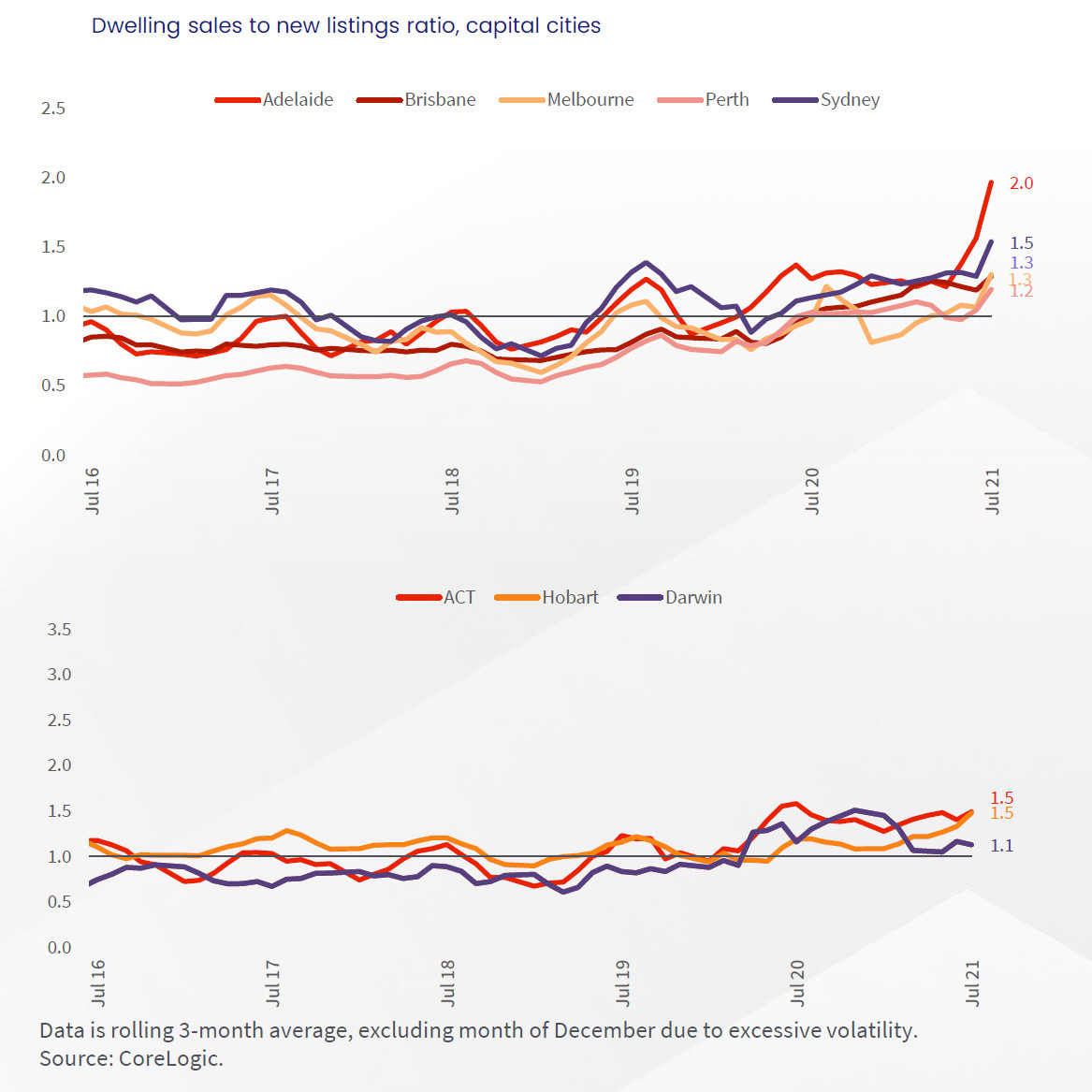