2 min read
13-5-2022
Sellers are flush with profits if they bought around the median property purchase date in Australia, October 2012.

Data shows that investors are far more prepared to offload in pursuit of profits than owner-occupiers.

With property prices having soared across Australia over the past decade, many owners and investors have pondered whether to hold or sell their properties.

Data released this week by the New South Wales Treasury shows that investors are far more prepared to offload in pursuit of profits than owner-occupiers.

It found the average holding period for NSW property buyers is 18.8 years, with owner occupiers holding their homes for 22.6 years on average, while the average investor sells after 13.7 years.

Half of all purchasers in NSW will sell their property within 10 years of purchase.

The median holding periods in NSW currently stand at 9.7 years for all purchasers, 10.5 years for owner-occupiers and 8.8 years for investors.

Nationally, owner-occupiers showed a slightly longer hold period than investors at 9.2 years, compared with 8.9 years in the investor segment.

The average, it should be noted, tends to be pushed out by a few property owners holding for very long periods.

The peak times for sellers are at the two extremes of the ownership timeline. On average, owner-occupiers sell most frequently in the fourth year of ownership, with a second lesser peak at 57 years.

According to this month’s CoreLogic Pain and Gain Report, the median property purchase date in Australia – when an equal number of properties were acquired either side of that date – was October 2012.

Since then, Australian dwelling values have increased 69.5 per cent (through to the December quarter).

That equates to an average profit of around $296,000 for every owner of a median-priced dwelling.

“While only a very small portion of resales made a nominal loss, this suggests that long hold periods are not always enough to secure high levels of capital growth,” the report stated.

“Supply factors, local market conditions and the quality of property will be important factors.”

Analysis of resales in the December quarter revealed even sales within two years of the initial purchase date have seen median nominal gains of $150,000.

Of the capital cities and rest of state territories, the lowest median hold period for profit-making sales were across units in regional Tasmania, which was 6.5 years.

Tasmanian dwellings have seen an extraordinary transformation over the past five years to March 2022, with total value increases in the state of 76.3 per cent - the highest of any state or territory.

Only a fraction of properties – just over one per cent - sold at a loss over a median hold period of 13 years, with most of these in regional Queensland and Western Australia.

The rapid rise in property prices has seen home ownership levels fall from around 70 per cent at the turn of this century to around 65 per cent now.

The expectation of interest rate rises is also expected to prompt borrowers to reconsider their financing and investment plans.

If passed on in full by banks, the rate rise will add more than $65 a month to repayments on a $500,000 mortgage, and double that on a million-dollar loan.

Rising rents are on one hand providing greater motivation for renters to pursue home ownership, while on the other hand weakening their financial position to do so. Investors able to increase their rent yields, on the other hand, will be looking to offset the cost of any interest rate hikes. 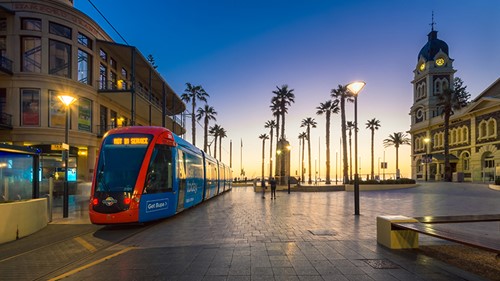