It is a similar phenomena to a market shift under way in Melbourne, with more affordable properties providing better returns for investors.

Data from the Real Estate Institute of NSW showed four out of NSW’s eight suburbs with the lowest rental vacancy rates at the end of February were in locations at least 55 kilometers from the CBD, illustrating the strong demand for lifestyle-focused properties that escalated during the pandemic.

REINSW said there were no properties available to rent in Bligh Park, located around 58 kilometres west of the CBD, at the end of February, while in nearby North Richmond, there was a vacancy rate of 0.28 per cent.

Vacancies were just over 1 per cent in Katoomba, located 100km away from the Sydney CBD, while in Camden, vacancies were 1.49 per cent.

The other four suburbs with the tightest vacancies are among some of Sydney’s most desirable suburbs  - Rozelle (0.77 per cent), Broadway (1 per cent), North Ryde (1.05 per cent) and Balmain (1.15 per cent).

Mr McKibbin said first homebuyers were snatching up properties wherever they could, which was boosting established sales as well as new builds, while auction clearance rates remained at more than 80 per cent last weekend, despite the inclement weather that caused major floods across large parts of the state.

“The other thing too, is that some people are seeing the opportunity to sell in this market, so there is some rental stock being sold. In some of the regional areas that’s even more so,” Mr McKibbin said.

“There are also people coming back from overseas and those people are looking to take possession of their property as well.

“Demand is increasing and supply is decreasing in certain areas.

“The inner city is relatively good if you are a would-be tenant. If you’re looking to get a property, there is still a reasonable choice in the inner city, but what’s happened with COVID is this discovery that we can work from home has had people experimenting with different locations.

“That’s pushed them into the outer parts of Sydney.”

Mr McKibbin found that many people shifting to outer suburbs may have sold properties closer to the city, but were shifting into the rental market before committing to a permanent move.

“If you’re an office worker in the CBD and you live relatively close to the city now, and you’re sitting on an asset that you have maybe mortgaged or has a lot of equity tied up in it, but you only have to come to the office one day per week or one day per fortnight, that means you can actually live on the Central Coast or Katoomba,” he said.

“That can look quite attractive - if you liquidate an asset in Balmain you can retire any debt you have there, then you take the additional funds and buy yourself a better quality residence in some of the areas further away from the city centre and that becomes very attractive.

“You’re able to liquidate an asset in the city, and right now they are selling well, and you can then go and live in that 100km radius of Sydney.

“That to me makes sense, but what has been difficult for me to understand is the people who have gone further afield - out to Dubbo, Mudgee in particular there is a lot of interest there and also Byron Bay.”

Mr Plohl said the rentvesting strategy was particularly picking up pace on Sydney’s Lower North Shore, with prices increasing sharply and pricing out some potential buyers.

He said some buyers were choosing to invest in locations such as Brisbane and Adelaide, or major regional towns such as Bendigo, Orange or Albury while renting in their suburb of choice.

Mr Plohl said buyers in prestige suburbs such as Cammeray, Mosman and Willoughby were finding it difficult to secure homes as prices continued their meteoric rise.

“People are being slowly priced out of the market that they otherwise thought that they could buy into,” Mr Plohl told API Magazine.

“I had a client that had a borrowing capacity of around $1 million, and they were looking to buy something on the Lower North Shore in Sydney.

“Six months ago, she would have been able to buy something in the suburb that she now rents in, but unfortunately in the last few months she has been priced out to two or three suburbs away, which is just something that’s not what she really wanted to do.”

Rather than downgrading suburbs, Mr Plohl said he advised his client to use their borrowing capacity and invest in a different market that would provide a better return.

“We are looking mostly at regional locations and that fits into the particular strategy that we’ve put together.

“We can achieve low 5 per cent to low 6 per cent in terms of gross rental yield. Compare that to a Sydney asset, where it is probably around 3 per cent to 3.5 per cent.

“Sydney is not necessarily the place to be from an investment perspective. For some clients it can work, but for lots of others, you are better off looking at alternative locations elsewhere.”

And while many believe that the shift away from the city is a symptom of the pandemic, Mr Plohl said it wasn’t a new phenomena, nor was it likely to end soon.

“Sydneysiders moving down to Wollongong or up to the Central Coast or Lake Macquarie, that’s been going on for years,” he said.

“A lot of it has been highlighted or people who were thinking of doing such a thing have brought their plans forward and done the great escape, but it’s nothing new.

“Is it going to slow down? Probably not, I think people are going to continue seeking out that alternative lifestyle and escaping the Sydney rat race is still going to be fairly common.” 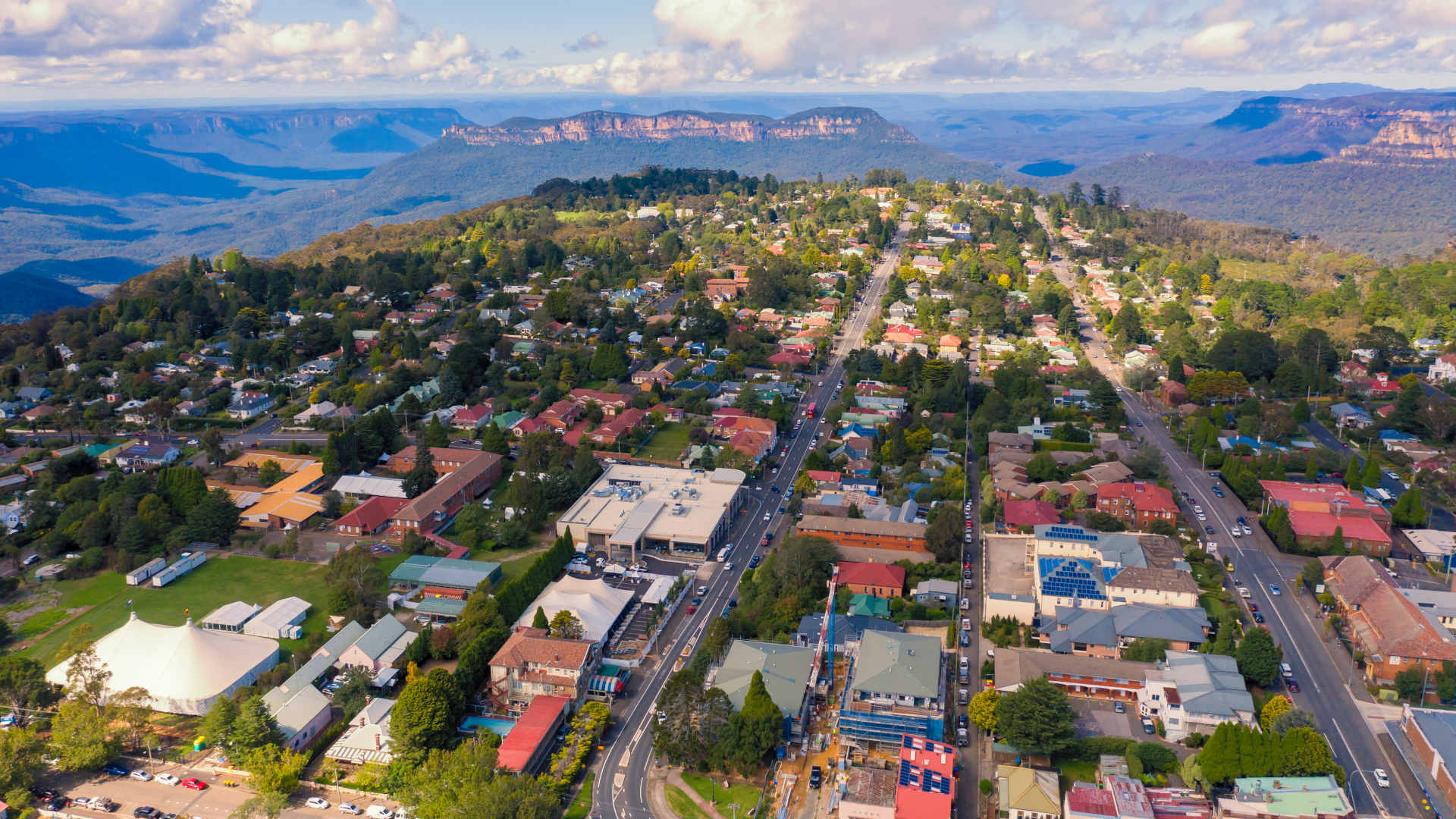 Katoomba's relaxed lifestyle has been a big factor in its elevated buyer demand. Photo: Shutterstock