5 min read
9-11-2021
The final stage of Anchorage Apartments has been designed to maximise its Hope Island location. Image: Richope

Major projects are being brought to market ahead of schedule on the Gold Coast, as developers seek to capitalise on South East Queensland’s once-in-a-generation property boom.

As far as property hotspots go, South East Queensland's current market has to be one of the most scorching in the history of Australian real estate.

While pundits across the country were predicting solid growth in Queensland at the start of 2021, only the most excitedly optimistic would have predicted what’s unfolded over the past 10 months.

The latest data from the Australian Bureau of Statistics showed Queensland recorded a gain of more than 7,000 people in the first three months of the year, adding to the more than 30,000 who arrived in 2020.

Property transactions have predictably soared, with data from PEXA showing there were 59,160 settlements in Queensland in the September quarter, a 42.5 per cent rise on the same time last year.

And with that burst of transactional activity, capital growth has been widespread, with the Gold Coast racking up an annual gain of 28.6 per cent in its median house price, and 23.2 per cent for its median unit price.

Drilling down into individual suburbs, and Burleigh Heads was among the standout performers, recording a 46 per cent annual lift in house values, and a 42 per cent increase in unit prices.

Main Beach also performed strongly, with 45 per cent median house price growth in the year to the end of September, and 27 per cent growth in unit prices over that time.

Against that backdrop, developers are increasingly mobilising in an effort to satisfy the seemingly insatiable appetites of Queensland property buyers.

One of the latest to bring forward a new project ahead of schedule was Gold Coast-based Richope, the developer behind a $145 million luxury apartments precinct at Hope Island known as Anchorage Apartments.

Stage 5 of Anchorage Apartments sold out before construction was completed on the building, prompting Richope to launch a marketing campaign for the project’s final stage four months earlier than it had initially anticipated.

“We always had a steady market for our apartments, but we never thought our sales numbers would rocket up like this in the past seven or eight months,” Anchorage Apartments sales and marketing manager Reza Niari said.

“ We sold out building 5 a lot earlier than the completion of the building, we completely ran out of completed stock and we have sold 50 per cent of building six.

“And the way that the market is going, we expect that all of the remaining apartments will be sold out before Christmas.”

While Mr Niari said owner occupiers had dominated sales at Anchorage Apartments, those that had invested were enjoying strong demand on the rental market.

“Normally we don’t even advertise to rent out our apartments, people line up to register their interest if anything comes up available.

“Right at this moment we have around 20 people who would like to move in at some stage to Anchorage Apartments.

“But we only have a limited number of apartments for rentals, and when they are available they are taken very quickly.”

Once the project is complete by August next year, Richope will have delivered 210 apartments across all six stages.

Mr Niari said once the project was sold out the developer would turn its focus to its future pipeline, with plans being formulated for another Hope Island project that will likely be unveiled by March.

“We had some re-sellers from the previous stages, but the majority of them wanted to move to the new building to upgrade their apartment to a larger size and a better quality of finishes,” he said.

"The majority of them have made money from their sale, or they have covered their costs of buying and selling.

“They are nice and liveable apartments, they are great for the rental market because they are all designed to be very liveable and enjoyable.

“The other thing that sets us apart from other developers is the fact that we create a nice community in the complex.

“We have different activities like yoga classes, water aerobics and various get-togethers in the function rooms.

“Regardless if you are a tenant or an owner occupier, they all enjoy the community.”

More than $150 million worth of apartments at Royale have been sold within 10 weeks of its marketing launch, with local buyers being joined by purchasers from Brisbane, Melbourne, Sydney and New Zealand.

Sales are being managed by Total Property Group’s managing director, Adrian Parsons, who said the high levels of inquiry and sales were due to the project's absolute beachfront location and the quality of its architectural design.

“There are limited opportunities to buy premium apartments with an absolute beachfront location on the Gold Coast, particularly with private five-star amenities that Royale Gold Coast is offering,” Mr Parsons said.

“One of the key factors is the average size of the apartments in Royale Gold Coast are amongst the largest currently for sale across the Gold Coast, and in most cases are significantly larger than in other developments targeting the top end of the owner-occupier market.

“Prestige property buyers from the southern states are either considering relocating to the Gold Coast or purchasing a holiday home – either way, the absolute beachfront apartments at Royale offer incredible value, especially given that the property market in South East Queensland will continue to strengthen towards the 2032 Brisbane Olympic Games.

“The Gold Coast has historically attracted strong migration from the southern state capitals, and that has strengthened due to advances in technology and the pandemic lifestyle shift, proving people can easily work from a location of their choice.”

Also in Surfers Paradise, Marquee Development Partners recently appointed local builder Condev Construction to start work on its $85 million One Cannes project, located on Cannes Avenue on the shores of the Nerang River.

All of the apartments on offer at the 18-storey development sold out within weeks of a marketing launch, with the building expected to be complete by the third quarter of 2023.

“Our developments go beyond the standard residential build, we encompass some of the most indulgent amenities known to residential design, so it was crucial that we engaged a builder that we trusted to execute our vision to the highest standard,” Ms Griffen said.

“One Cannes was incredibly well received by local downsizers, selling out in just a few weeks, so we look forward to seeing it’s beautiful design come to life.” 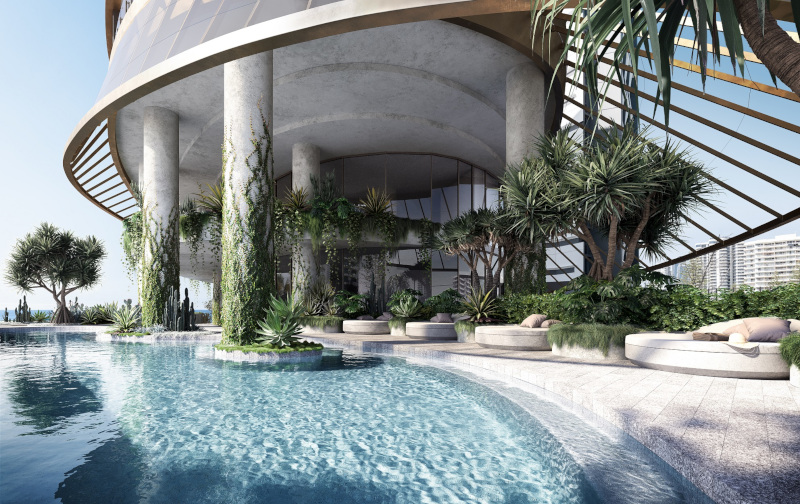 DD Living's Royale Gold Coast is striking example of the heightened levels of luxury being rolled out by developers. Image: DD Living 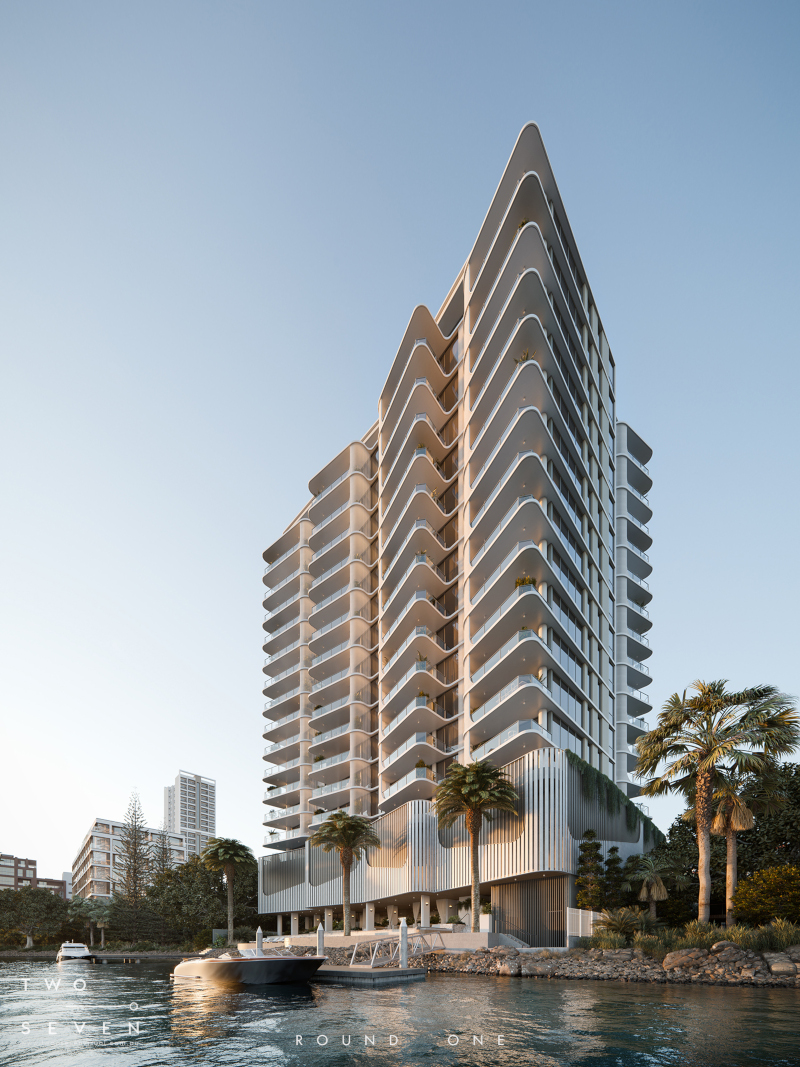