Do-it-yourself superannuation is not for the average handyman

6 min read
29-4-2022
Managing an SMSF takes time and an understanding of complex regulations in order to ensure a comfortable retirement.

Do-it-yourself superannuation is not for the average handyman

For anyone considering a move from their industry fund into their own personally tailored self-managed superannuation fund, there are a lot of cons to consider in pursuit of the pros.

Within the $3.4 trillion superannuation market, more than a million Australians have taken on the burden, and anticipated increased gains, associated with managing their own retirement fund allocations, encompassing everything from property to shares and even cryptocurrency.

Deloitte’s ‘Dynamics of the Australian Superannuation System: The next 20 years to 2041’ report found industry super funds currently had 41 per cent of the market share followed by SMSFs (26 per cent), retail super funds (25 per cent), public funds (6 per cent), and corporate funds (2 per cent).

By 2041, superannuation assets in Australia were expected to total $9.2 trillion, with SMSFs growing significantly in value.

But for anyone considering a move from their industry or other super fund into their own personally tailored SMSF, there are a lot of cons to consider in pursuit of the pros.

Simon Gold, Tax Practice Manager (NSW) at Australasian Taxation Services, said the allure of control was enticing but the reality of managing the investment can be a deterrent.

“The biggest negative would be the very stringent compliance requirements, which can easily – and often completely unintentionally – trigger a breach of the regulations,” he said.

“It could be as simple as paying an expense from the wrong account, buying investments in the incorrect name, such as the member’s personal name instead of the super’ fund, or even the members obtaining some personal use of an investment, like staying a few days in a property that the fund may own.”

As well as the labyrinth of regulatory, auditing and reporting requirements that can consume around 100 hours of labour a year, there are financial costs too. Initial set up costs generally range between $1,000 - $2,500 plus GST, with the upper end including the cost of forming a corporate trustee. Plus of course there are ongoing annual costs to be considered too.

“Ongoing fees however are very often proportionally lower in an SMSF than compared to an industry or corporate fund, especially when a member has a high balance,” Mr Gold said.

“While the work in managing an SMSF can be outsourced to professional SMSF fund managers and financial advisers, these also come at a price,” he added.

But as the name implies, a self-managed fund is most successful when it has actively involved members, which is limited to a maximum of six in Australia.

“Successful members will give due consideration to the type, style and nature of the underlying investments being made and consciously decide when to transact.

“The members look to maximise the effectiveness of contributions being made, be they concessional or non-concessional, and devote time to ensuring the fund will have sufficient financial resources to pay out pensions well past the members’ retirement,” Mr Gold said.

Managing an SMSF is not for the feint hearted.

An SMSF must be set up as a trust, which is a legal arrangement where trustees manage assets on behalf of beneficiaries (the SMSF’s members). Every member of an SMSF must be either an individual or a corporate trustee.

All SMSF trustees are responsible for ensuring the fund’s ongoing legal compliance with superannuation and taxation legislation, including annual fund auditing, reporting and tax obligations to the Australian Taxation Office.

Trustees should all be aware of the very severe consequences for getting it wrong. If the fund is deemed to have breached its compliance responsibilities, penalties can include fines and civil or criminal proceedings.

Yannick Ieko, an SMSF lending expert who founded and heads up SMSF Loan Experts and NDIS Loan Experts, said investors should not underestimate the financial and investment expertise required to run their own SMSF.

“Managing and administering your own super' fund is extremely time-consuming and many people simply do not have the time required to do this on their own,” Mr Ieko said.

“Even the length of time to start up your own SMSF can be time-consuming, with the average recommended time between four and six weeks and if you don’t invest the time, the SMSF may not support your intended retirement outcomes.”

As with any investment, there was no guarantee of a successful return.

“Investors need to consider what plans and measures they have in place in the event of a member being ill or passing away.

“Other risks include losing money through theft or fraud or simply through poor investment decisions.

“Keep in mind that if this happens, members will not have access to any compensation or to the Australian Financial Complaints Authority,” Mr Ieko said.

SMSFs are not for small investors.

“The major winner - or loser - has more to do with what the underlying investments are,” he said.

“By being able to cherry-pick specific asset classes and then specific investments within that asset class, there is a far greater ability to outperform a retail or industry fund.

“But simply having an SMSF does not automatically create enhanced income or wealth.

“There are many funds who have invested in the wrong stock, the wrong property, and most recently the wrong cryptocurrency at the wrong time and it has been financially disastrous.”

According to the Self Managed Superannuation Fund Association, the investment performance of a typical SMSF improves as the fund balance approaches $200,000. Once this threshold is reached the fund achieves comparable investment returns with APRA regulated funds, it said.

A research report the Association commissioned from the University of South Australia suggests current regulatory guidance around minimum SMSF balances is poorly calibrated.

In their guidance to licensees and advisers on the disclosure of SMSF costs, ASIC states that “on average, SMSFs with balances below $500,000 have lower returns after expenses and tax than funds regulated by APRA”.

Association CEO John Maroney said the research data revealed no material differences in performance patterns for SMSFs between $200,000 and $500,000.

Deloitte said many industry funds are improving their investment propositions for members by allowing members to be able to directly invest in equities of large Australian Securities Exchange listed companies, exchange traded funds and managed funds.

“This provides a viable alternative for members to setting up their own SMSF to take more control over the selection of investments in their fund, although there are generally limitations on how much of a member’s accounts can be allocated to direct investments and a more restricted range of permitted direct investments.

An SMSF is not the right route for everyone, according to Mr Ieko.

“It can be a great means for creating wealth for yourself, but you need to have the right expertise to make it work for you,” he said.

“If you can do it correctly and maintain and contribute to it regularly, you can enjoy some great tax concessions under superannuation law but if not, it is best to leave it to the professionals.” 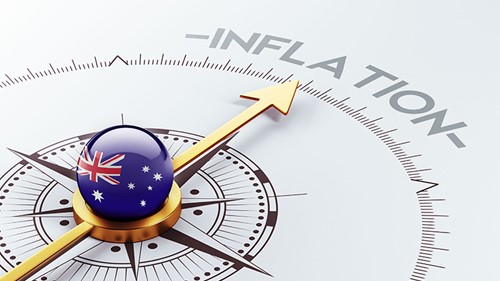