By Dan Wilkie, Journalist
| 29-1-2021 | Development | 2 min read
Once complete, One Sydney Harbour will be a striking addition to the Sydney skyline. Image: Lendlease

The ASX-listed developer had been conducting an exclusive off-market sales campaign at One Sydney Harbour, with around 85 per cent of the apartments on offer at its first tower, Residences One, sold largely to local buyers.

Residences One made national headlines in late 2019, after Lendlease secured a buyer for Australia’s most expensive home, a three-storey penthouse that sold for $140 million.

Designed by Pritzker Prize winning architect Renzo Piano, Residences Two will be brought to market ahead of schedule to keep pace with demand.

“One Sydney Harbour’s unprecedented sales success, including our record Residences one penthouse sale of more than $140 million, has resulted in Residences Two coming to market earlier than anticipated,” Lendlease head of residential Ben Christie said.

“Enquiries have kicked off strongly in 2021.

“In just a few short years, Barangaroo South has become one of Australia’s most desirable places to live - from beautiful public spaces, to cutting edge sustainability, nothing has been left to chance as we’ve worked to create one of the best precincts in Australia, if not the world, to call home.”

The second tower will feature a mix of full-floor and part-floor homes, as well as one, two and three-bedroom apartments in a 68-level building.

In total, the three tower precinct, which is located in close proximity to Crown Group’s Crown Residences, will have an end value of more than $4 billion.

Meanwhile, fellow ASX-listed developer Stockland has unveiled its vision for a new commercial development at 110-122 Walker Street in North Sydney.

Stockland has submitted a development application to build a 64,000 square metre office tower designed by leading architecture group Hassell, creating a premium workplace in the heart of North Sydney.

Hassell was selected as the lead designer for the project following an international design competition.

Standout features include large, flexible floorplates designed to maximise views and natural light and a rooftop garden accessible to building tenants and the local community.

A timetable for the project’s development has not been finalised, however, Stockland said the development was part of its strategy to increase its exposure to quality commercial office assets.

“We continue to foresee future demand for quality workplace assets along the east coast, and expect tenant demand for new contemporary workspaces with large flexible floorplates which allow tenants to shape the workplace to suit their people, culture and business needs in a post-COVID environment.”

“Our ambitious response focuses on the future of the workplace – creating a place that is attractive to a contemporary workforce.

“As the nature of when, where and how we choose to do our work continues to evolve, it was also important to design a building that supports a diverse range of working styles.

“Therefore, our research into the future of work and the impacts of COVID-19 helped shape the workplace offer, which will allow for highly personalised and efficient planning configurations to meet tenant’s exact demands both now and into the future.” 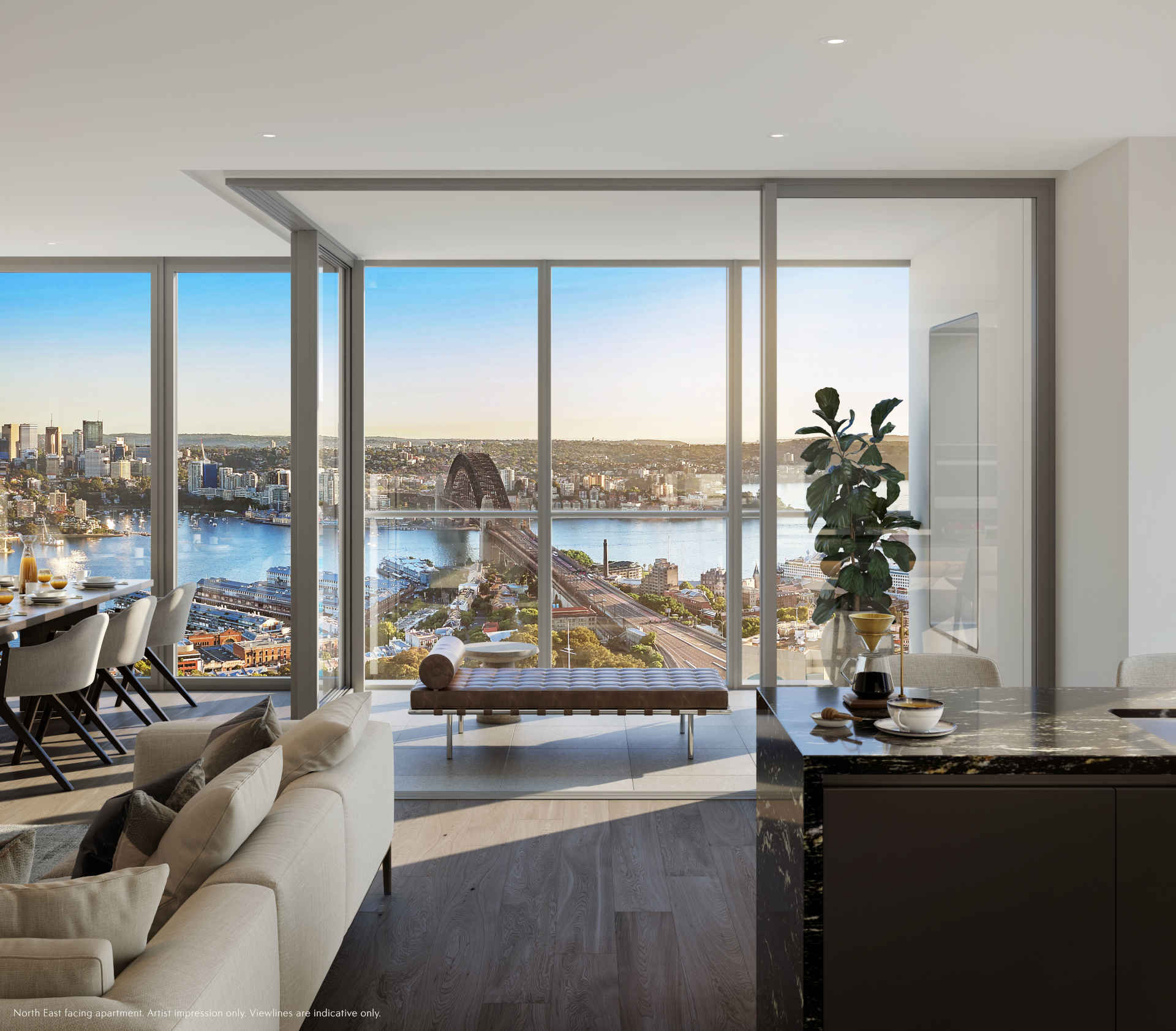 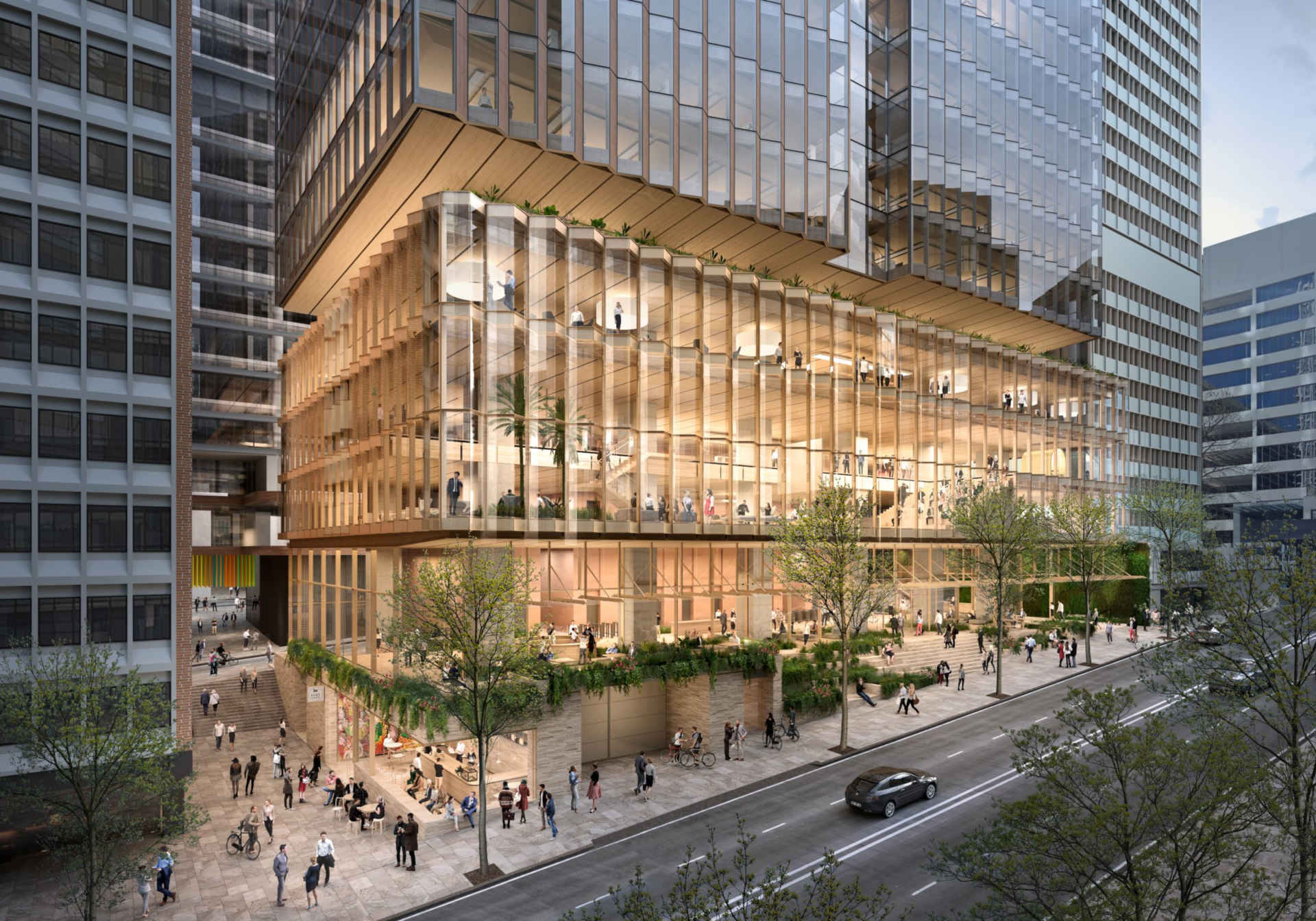 Stockland and Hassell have collaborated to create a light and bright workplace environment. Image: Stockland