By Dan Wilkie Journalist
| 7-10-2021 | Investment | 4 min read
Located around 28km north of the Brisbane CBD, Redcliffe may not appeal to inner-city buyers, but it could provide a compelling rentvestment proposition. Photo: Shutterstock

Rentvesting is a relatively simple concept; buyers purchase in a location they can afford, then lease that property out to cover the mortgage and continue renting in their suburb of choice.

It's also becoming a common investment strategy for young Australians, against a backdrop of Australian home values rising by more than 20 per cent in the year to the end of September and by much more in some of the most sought-after lifestyle locations.

The latest data from the Australian Bureau of Statistics showed 342,300 Australians were rentvesting in the 2017-18 financial year.

A more recent report from the Property Investment Professionals of Australia suggested that number was likely to rise, with 54 per cent of respondents to its 2021 survey saying they would consider rentvesting as an investment strategy.

Research commissioned by Well Home Loans found 21 areas where buyers with a budget of up to $600,000 may be considering buying a unit, but would likely be better off renting.

At the same time, the research, which was conducted by Suburbtrends, found 10 areas where houses were in a similar or lesser price range to those unit markets, while also delivering the same or superior rental yields.

Mr Spencer said for those looking for future capital growth, those units and apartments may not be the best choice.

“Many unit markets in the inner and middle rings of Australia’s major capital cities have high vacancy rates,” he said.

“That’s good news for tenants, but bad news for investors.

“At the same time, there’s a good chance many more units will be built in these areas in the coming years.

“Increased supply would mean reduced demand, which would put downward pressure on prices.”

Areas where it is better to rent than buy

Mr Spencer said the areas highlighted above shared similar characteristics; vacancy rates of above 1 per cent, gross rental yields of below 5 per cent and capital growth rates for units being less than half the rate of houses.

And due to their close to city locations, those suburbs will most likely be areas of high supply in coming years, which would also put further downward pressure on rents and prices.

On the flipside, Mr Spencer said those that consider buying a house in the 10 areas below may be better off.

Mr Spencer said those areas were also not likely to experience a big lift in the number of new houses being built, with limited future supply likely to result in increased demand, pushing up weekly rents and home values.

“For some first homebuyers, rentvesting might be an option worth considering,” Mr Spencer said.

“They would get to live in the inner and middle rings of the big capital cities, while owning a house in an area with good long-term growth potential.

“That said, we’re definitely not telling first homebuyers where they should and shouldn’t buy.

"Also while financial returns are important, so are concerns about liveability and security.” 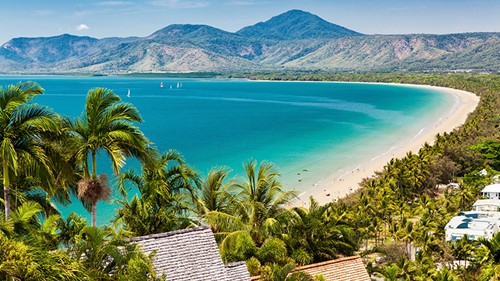