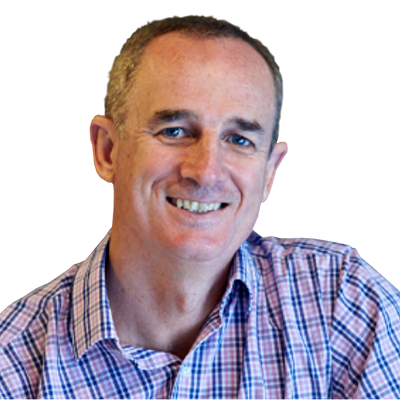 As well as enjoying a career as an international news journalist and editor with major international news organisations such as CNN (London and Hong Kong), Financial Times (UK), South China Morning Post (Hong Kong) and Gulf News (Dubai), Craig Francis is also managing editor and director of Jump Resumes and has contributed Australian property news consulting services to the SMATS Group for more than 15 years.

After several years as a property journalist to Australian Property Investor Magazine (API) and 15 years providing consulting services to API’s parent company, SMATS Group, Craig assumed the role of Editor for the publication in early 2022.

Having cut his journalistic teeth in regional Western Australia and Perth, three years based in Dubai as a reporter with The Gulf News also led to stringer assignments and regular contributions to The Australian, London’s Daily Mail and a range of reputable British newspapers and Middle East magazines.

A subsequent tenure in London saw Craig spend a couple of years with the internationally-renowned Financial Times, covering a range of business sectors but with an emphasis on digital media, technology and television rights. Success in this role, complemented by Middle East reporting experience in the UAE, Pakistan and Iraq, led to senior reporting and editor roles with CNN Europe and CNN Asia, the latter centred in Hong Kong for more than a decade. Another few years in this vibrant hub were spent as International Editor of the Sunday Morning Post and South China Morning Post before returning to Australia.

He brings a wealth of editorial, writing and publishing experience, and extensive national property expertise, to his role as Editor of Australian Property Investor Magazine.

Where do the major parties stand when it comes to property policies?
Finance  | 13-4-2022

Coastal erosion eating away at shorelines, property and trust
Residential  | 28-3-2022

Through tragedy and triumph, expats return to a tough property market
Residential  | 16-3-2022

What are the three factors that will shape the Australian property market?
Residential  | 23-2-2022

As border restrictions fall, will rents and prices take off?
Residential  | 14-2-2022

Foreign investors turning away from Australia, towards US, UK
Investment  | 25-1-2022

Poker, pace and patience all in the negotiation mix
Investment  | 3-3-2021

Culinary star one minute, struggling to put food on table the next
Residential  | 19-5-2020