From Nappy Valley to prestige alley, Sydney set to soar

A lack of housing stock for sale has become a national theme as property markets position themselves for a vaccination-led post-COVID recovery on steroids.

A lack of housing stock for sale has become a national theme as property markets position themselves for a vaccination-led post-COVID recovery on steroids.

The situation in Sydney, Australia’s largest housing market, appears no different, with market observers predicting price rises of five to ten per cent.

Prestige multimillion-dollar properties have proven resilient throughout the pandemic but the upturn in 2021 is seemingly extending to the so-called “Nappy Valley” suburbs.

Ray White NSW CEO Andrew McCulloch told Australian Property Investor Magazine that the increase in median property prices was extending beyond the elite Harbourside suburbs to the suburbs in the west of Sydney.

“There are a lot of developments in Kellyville that are attractive to young families,” Mr McCulloch said.

“It’s like Nappy Valley there, with many newer homes, while Castle Hill is where these established families with older kids move to next and it’s full of huge, more established homes on larger blocks.”

“The whole market has been underpinned by the fact that credit has never been so easy to obtain or as cheap, with as much certainty that the rates will stay low for some time to come.

“There is simply not enough stock to meet the huge buyer demand across the state and it’s not uncommon to hear agents reporting groups of 30-40 people attending open homes already in 2021.”

He said regional NSW had also benefited from those who could work from home.

“People who realised that they didn’t need to travel into the city for work often wanted to move for more room or to have a lifestyle change to be by the beach, which was a smart move for many inner city sellers who became cash buyers in the regions,” Mr McCulloch said.

The RBA estimates a one percentage point reduction in the cash rate can lead to an eight per cent increase in property values, where the reduction is expected to be sustained for three years.

With the RBA reducing the cash rate 65 basis points over 2020, and RBA Governor Phillip Lowe signalling that the cash rate may be held at this record low for years to come, this will be a significant tailwind for property values and may place upward pressure on prices through 2021, the report stated.

Headwinds and uncertainty remain for the housing market but with economic conditions recovering, some earlier factors considered a major risk to housing markets have eased.

This includes the end of mortgage repayment deferrals, with the most perilously indebted Australians well on their way to resuming mortgage payments.

The latest data from APRA showed 3.9 per cent ($68 billion) of home loans remained under deferral in October, down from 11 per cent ($195 billion) in June.

Despite the national economy being deluged with economic grief, it was water off a duck’s back to the very top end of town.

Ray White Double Bay founder Craig Pontey expects eastern suburbs prices to move up by 8-10 per cent in the next few months.

“I have no doubt that prices will keep moving up," he said.

Down the road from the nation’s priciest home, he sold 16 Wunulla Road at auction for $13.7 million just before Christmas, which was more than $3 million over its reserve.

“This market is strong, especially at the top end,” said the agent who has been working in Sydney’s blue chip eastern suburbs for more than 40 years. “The top end is on fire.”

Mr McCulloch said expats were a huge buyer group of 2020, with a lot of cashed up Australians moving home during COVID.

“We saw a lot of high net worth individuals who left Australia for careers in Hong Kong, the US and the UK and as the year progressed a lot of them moved back to Sydney - it was like a Mexican wave of cashed up expat buyers.

“Many returned to their own properties but a lot quickly realised that there was nothing to rent so they had to buy, particularly in Sydney’s eastern suburbs and Upper and Lower North Shore.

“We also saw a lot of expats who grew up in the harbourside suburb of Mosman and who moved home last year and had to compete for homes for sale where there’s not a lot to rent in the area.”

Ryde and its associated suburbs, 13km north-west of the Sydney Central Business District and 8km east of Parramatta, experienced the highest median price growth in Sydney, up between 16 and 19 per cent. Northern Beaches suburbs were not far behind. 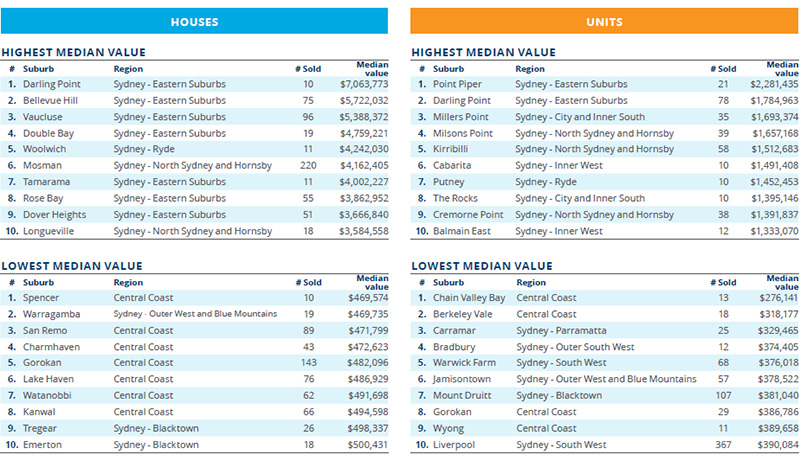 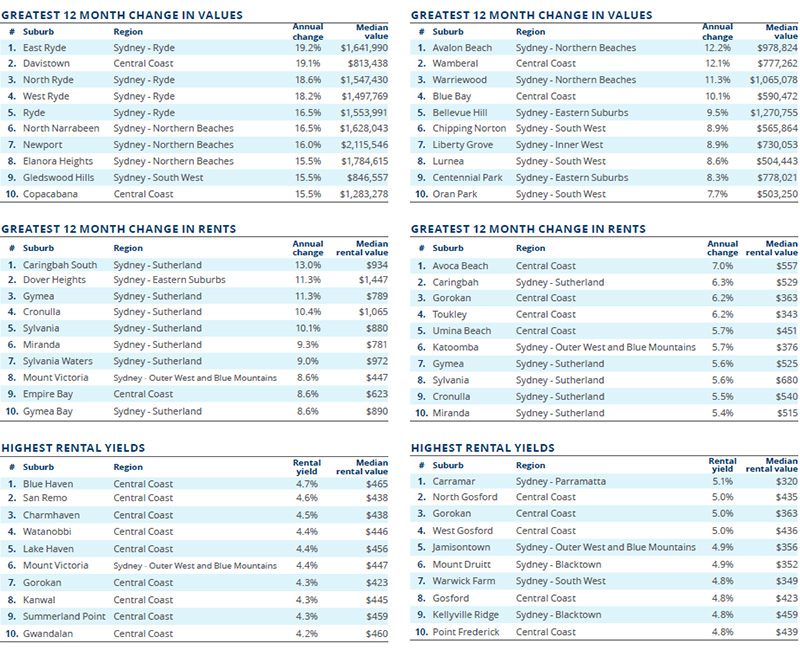