A lack of supply is being touted as the primary reason no range of negative indicators can rein in the demand that continues to drive the median property price beyond the reach of most.

There is no shortage of rationale for buyers to be backing off. But they aren’t.

Year-on-year, Sydney’s already-high property prices have taken off by a massive 20.91 per cent to reach more than $1.2 million, including another monthly increase of 1.78 per cent in August.

Revenue NSW figures recently published for July 2021 show that the 25,711 transfer duty transactions in New South Wales for the month generated revenue of $1.12 billion, which is the highest amount collected in any month of July published on the Revenue NSW website.

While leading bankers and international organisations sound the warning alarms, prices continue to rise in the face of some worrisome trends.

The International Monetary Fund has warned that a property price correction would pose a significant risk to the nation’s economic stability.

Tightening restrictions on lending is among major recommendations from the IMF to take the heat out of the property sector, along with ramping up home building and reforming generous housing-related tax benefits.

The proportion of households in stress has climbed to 42 per cent from less than a third over the past 15 months. The average mortgage size has increased by $200,000 in NSW over the past two years.

The inaugural chairman of the Australian Prudential Regulation Authority (APRA), Jeff Carmichael, has said credit restrictions could be on the agenda if risks keep building in the property market.

And Treasurer Josh Frydenberg this week signalled that tightening the availability of credit was firmly on the federal government's agenda, confirming it was a hot topic at a recent Council of Financial Regulators meeting.

The Council of Financial Regulators said macroprudential policy responses were being discussed to address the fact that a period of credit growth materially outpacing growth in household income would add to the medium-term risks facing the economy.

Data from APRA showed 21.9 per cent of all new home loans funded in the June quarter had a debt-to-income ratio of six or more, which is considered risky by the banking regulator.

Possible strategies APRA has at its disposal to curb house price growth could include reductions in debt-to-income ratios, investor lending caps, tightening of serviceability requirements, interest-only caps, low loan-to-value ratio caps or a combination of all or some of those measures.

Nerida Conisbee, chief economist at Ray White Group, said APRA would definitely be carefully assessing the current situation, particularly in light of the country’s biggest housing market being so buoyant month after month.

“Debt levels have increased dramatically since the start of COVID, and the number of loans given to people above six times their income has also increased,” Ms Conisbee told Australian Property Investor Magazine.

“What is different to what we saw in 2014-2017 (when prices rose sharply on expansive lending) is that it is owner occupier lending that has really taken off, so it doesn’t really make sense to just target investors.

“As such, more broad-brush restrictions are likely to be put in place.”

She added that without restrictions it was likely lending would remain elevated.

“Interest rates are at record lows, savings are at record highs, banks are flushed with cash and willing to lend and there are signs people are taking on too much debt,” she said.

REINSW chief executive Tim McKibbin told API Magazine that among the many variables influencing demand for Sydney property, a lack of supply remained the predominant issue.

“There are a lot of factors, including access to affordable money, and governments talk about all sorts of things, such as negative gearing but it’s all just noise — the reality is a shortage of supply means the competition for property is intense,” Mr McKibbin said.

“In New South Wales, the government already takes about 40 per cent of the value of any property transaction, through GST, land tax on developers, stamp duty, and on it goes, so imposing more fees or charges doesn’t seem the way to quell demand.”

Pre-COVID, there was no shortage of commentators predicting huge price declines in Sydney’s overheated market, but even the demise of international student demand and immigration was no deterrent.

“The pandemic predictions of 30 per cent price falls failed to factor in the 500,000 returning expats overwhelming the 150,000 in lost immigration arrivals,” Mr McKibbin said.

“Sydney has never had a genuine plan to ensure supply and address the subsequent housing affordability issues.

“Developers have to jump through so many hoops that it seems the development application process is designed to make you give up.”

The prospect of more listings hitting the Sydney market in spring, and some easing of COVID restrictions enticing more people to hold auctions, could ease the supply shortage marginally.

But Ms Conisbee said the latest weekend clearance rate of 83 per cent indicated the buyers were still out there.

“Based on real time data we are seeing from Ray White auctions, there remains very strong competition for properties — average active bidders are at record highs, while the gap between highest prior offer and auction sale price remains well above the 10 per cent long term average,” she said.

“Once more data comes to light, we will get a better handle on what is happening, but this suggests that prices are continuing to rise.”

James Lampropoulos, Director and Partner at Laver Residential Projects, said the Top Spring project has received extraordinary demand across a range of demographics.

“Apart from the usually strong local owner occupier and downsizer market, buyers are also coming from all over Sydney, as this location really resonates with so many different groups,” Mr Lampropoulos said.

“We’ve also had significant interest from well-heeled expats looking to return home to Sydney, which is an interesting mark of the times.”

The office’s Principal, Ray Fadel, said with the area in lockdown, they have been streaming auctions online and generating significant interest.

“Suffice to say the market has shown no signs of slowing down,” he said. 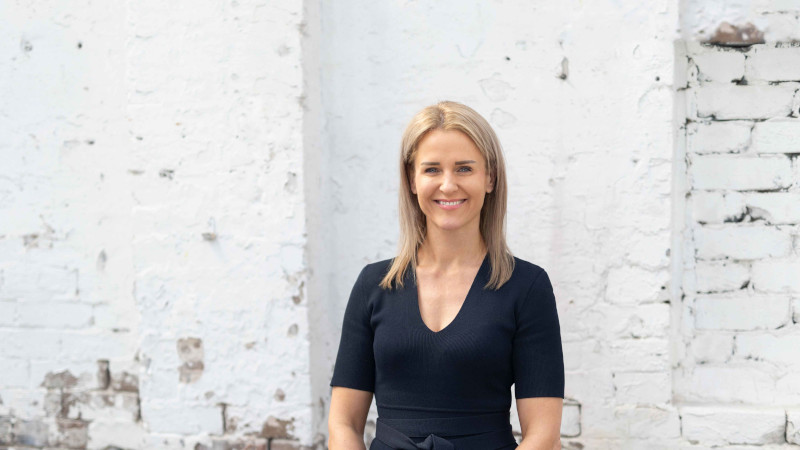