4 min read
21-1-2022
This weekend the Gold Coast will host the annual Ray White Surfers auction, where 146 residential and commercial Gold Coast properties will go under the hammer.

Auction market results across Australia’s capital cities have been buoyant in a month that is traditionally seen as the low season.

The auction market for 2022 has started off strong with 461 homes across Australia scheduled for auction this week. With January traditionally being ‘low season’ for auctions, the momentum from the last quarter seems to have carried forward, with this week’s volumes up 125 compared to last week and up 88.9% from last year.

Almost 43,000 properties were taken to auction in Q4 2021, 42,918 properties across the combined capital cities in the three months to December 2021, an 85.1% increase from the previous quarter and more than double (109.5%) the December 2020 figures according to CoreLogic’s Quarterly Auction Market Review.

“The large number of auctions held through the December quarter also reflects the strong selling conditions that were present, which motivated vendors to capitalise on strong buyer demand and the significant rise in values seen through the pandemic,

This weekend the Gold Coast will host the annual Ray White Surfers auction, where 146 residential and commercial Gold Coast properties will go under the hammer. This two-day event is expected to accommodate a record number of sales with significant interest from local, interstate and international buyers with registered buyers attending in person and virtually.

Andrew Bell, auctioneer and CEO of Ray White Surfers Paradise Group, says the prestige home selection at The Event is something Australia has never seen before. He is expecting significant international interest.

“The Gold Coast has always had enormous appeal for the high-end international market, and we are expecting significant activity from this market at The Event,”

The Gold Coast is currently outperforming key capital city markets and most regional areas with Gold Coast property increasing in value by up to 27% in the past 12 months alone. According to realestate.com.au, the number of people searching for property on the GC has increased by 173% compared to this time two years ago. 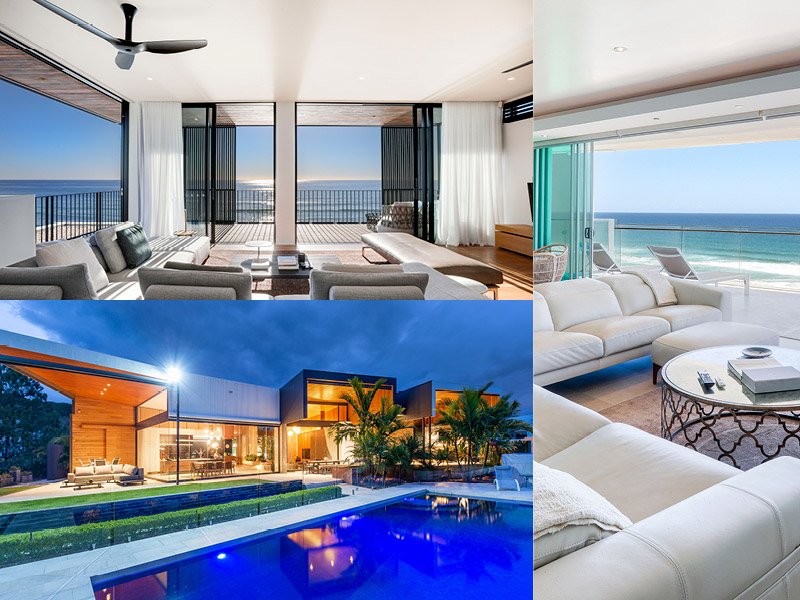 “The Gold Coast has a really strong reputation when it comes to real estate, in particular the high-end of the market. It’s also a great opportunity for international buyers to have so many properties of this calibre at one auction experience.” Mr Bell said.

Coupled with Australia’s response to the COVID-19 outbreak Australia internationally is seen as a safe haven, further strengthening confidence in international buyers.

“Our vaccination rates are high, our hospitalization and death rates are very low, and we have really swift and strong responses to outbreaks. So that international market is seeing Australia as a very safe place to live.

“That is certainly having an impact on the levels of interest we are seeing from overseas.” Concluded Mr Bell.

This selling format is a considered factor, Ray White reports clients that have opted to go to auction instead of more traditional formats have received on average 11% higher sales then those with prior offers.

“Auctions as a way of selling tend to be more popular during a sellers’ market; in this situation buyers are highly competitive and incentivised to outbid rival purchasers in order to secure a property. During cooler market conditions an auction may not attract as many registered bidders or as much competitive bidding.” Said Mr Lawless.

The heightened auction volumes in Brisbane and Adelaide echoed the cities respective housing strength, where values continued to rise at cyclical highs through December, prompting a higher proportion of properties being taken to auction.

Auctions in Australia’s regional areas also increased substantially over the quarter. Larger centres such as Newcastle, the Illawarra, Geelong and the Gold and Sunshine coasts in Queensland, each saw a surge in auction volumes, reflective of the tight housing market conditions that currently exist in the country’s popular coastal areas and lifestyle-oriented markets

“Auction volumes tend to ramp up through early February and move through a seasonal peak in the weeks prior to Easter. Over the medium term we are expecting listing numbers to gradually normalise which should see buyers regaining some leverage in the market over time. If this is the case, we could see more vendors reverting to private treaty sales rather than auctions as competitive tension amongst buyers eases.” Said Mr Lawless.

Domain’s latest property insights saw 2021 deliver a record number of properties sold across Australia. Sales soared above the decade average by 18% for combined capitals and 42% in regional Australia with the fastest annual rate of house price growth on record at 21.9%. A record number of scheduled auctions across Australia was seen as sellers chased buyer competitiveness and opted to sell by auction instead, with the the difference between the asking and sold price plummeting to a 18-year low, for properties sold by private treaty.