As the national new apartment pipeline all but grinds to a halt, with new research from Urbis showing just 9 per cent of approved projects across the country are in a pre-sales stage, developers on the Gold Coast and Perth are gearing up to capitalise on surging buyer demand.

On the Gold Coast, Urbis' Apartments Essentials report showed there were 742 apartment sales in the first quarter of 2021, which was the strongest quarterly sales results since the property research and urban planning firm began monitoring the market in 2013.

The previous high was 495 sales in the third quarter of 2016, with the stunning 2021 result an indication of just how hot buyer demand is in South East Queensland.

With such strong demand, prices are also on the rise, with the weighted average sales price of apartments sold in the quarter reaching $1.103 million - only the second quarter to record an average price of more than $1 million.

Gold Coast-based Urbis senior consultant Lynda Campbell told Australian Property Investor Magazine that the surge in sales was putting pressure on available stock, with a scarcity of apartments likely to occur as soon as next year.

Urbis’ research showed there were 807 apartments available for sale on the Gold Coast as at March 31.

“There are 1,200 apartments that should come online between now and the end of the year that we’ve tagged as pending projects, and then after that, we will have to wait and see what happens next year,” Ms Campbell said.

“Everybody is scrambling at the moment to get development approvals through council and get projects launched, find staff, get construction contracts under way, everyone you talk to is just busy.”

Ms Campbell said while prices were likely to continue to rise, the rate of growth would likely differ depending on the Gold Coast precinct where the apartments are located.

“That southern beaches precinct is in high demand and they are offering larger apartments at bigger price points, so I think those prices will continue on an upwards trend, whereas some of the other precincts that are in undersupply and don’t have that pipeline of projects coming through, they will kind of stall a bit,” she said.

Ms Campbell said while much of developers’ current projects were targeted at owner-occupiers, with larger apartments at bigger price points on offer, she expected an increase in investor-focused product to hit the market in coming months.

“There’s not so much investor product on the market that they can buy at the moment, most of it is the smaller scale projects with larger apartments,” Ms Campbell said.

“We’ve seen some big sites transact that have some DAs on them for large projects that really aren’t in demand now but you can see that those developers are gearing up for when the overseas borders open up and that investor demand is back.

“I’m sure the demand is there, but they just can’t get here.

“Queensland’s response to COVID has made us appear to be a safe haven, making us attractive.”

And for prospective investors concerned that a burst of new supply might moderate price growth, Ms Campbell said developers’ efforts to cater for apartments demand would be constrained by their ability to find suitable sites.

“The supply of sites is drying up, it’s hard to find sites and a lot of them are transacting off-market,” she said.

“At the south end there are no sites available, there is pretty much The Esplanade strip, and unless you start amalgamating and demolishing bigger buildings then there are really not that many opportunities down there now.

“And if Brisbane gets the 2032 Olympics that will put another spin on everything. We’ll see more infrastructure spending and probably more interest again.”

Across the Nullarbor in Perth, the Western Australian capital’s apartment market is beginning to emerge from a five-year slumber.

Urbis director David Cresp said there were 405 apartments sold in the first quarter of 2021, the second highest quarter of sales recorded in more than three years.

Mr Cresp said the inner city was the top selling precinct, with 81 sales in East Perth, Northbridge and West Perth, while there were 80 sales on the CBD’s eastern fringe in Rivervale, Maylands, Victoria Park, Ascot, Lathlain and Burswood.

Premium apartment projects in Perth’s western suburbs also performed strongly, with 56 sales in the quarter for a weighted average sales price of more than $1 million, well above the Perth overall WASP of $658,084.

“Obviously Perth has turned the corner, and after five years of a very flat market in Perth and declining values, people are now back in the market where values are increasing and the news on that gets better every month that we get more data,” Mr Cresp told API Magazine.

“Others are forecasting that we’ll see in the order of 15 per cent median house price growth over the course of this year and that’s meaning that the apartment market will be far more lively again.

“The big turn there is confidence in the market. We are starting to see investors starting to emerge into the Perth market, but also we are seeing activity from owner-occupiers.”

Mr Cresp said Perth-based developers were largely focusing on clearing out existing stock, with a raft of new project launches likely to come by the end of the year.

“We’ve never really described the market as being oversupplied, but we did have a stock overhang and there was a reasonable amount of stock in completed projects that wasn’t selling as quickly as people would like,” he said.

“In good times, people would like to be completing a building and getting out of it within six months and that was certainly taking longer over the last few years, which was just reflective of the overall soft market conditions and was reflected by the fact that apartment developers were just as unwilling to reduce their selling price as the prospective downsizers were.

“Now we are back to a market where that stock overhang is rapidly declining and a lot of developers are saying that by the end of the year or even before that they are going to have sold their completed stock.”

Mr Cresp said once that completed stock was off the market, buyer demand would likely push up apartment values.

“The median house price is rising but the apartment market prices haven’t been rising that much to date, but that’s really going to change as the stock in completed projects is getting sold down quite rapidly.

“There is going to be more focus on selling off the plan, and in an environment where construction costs are expected to rise by 10 per cent, that means that the prices for apartments are going to rise.

“In the new projects that people are starting to launch they are having to build in an increase in prices because construction costs are going up.”

Additional fundamentals lining up for investor gains include Perth’s rising rental market, with CoreLogic data showing unit rents have increased by 14 per cent over the past 12 months, and the city’s relative affordability as compared to other capitals.

Urbis’ data showed investor activity was already starting to pick up, accounting for 121 of the sales in the first quarter of 2021.

“Perth is looking like a very good market, we have obviously seen a decline in prices over the last five years so we are now the most affordable location in the country, there is availability of apartments in a range of good locations that are being developed well by good, well-known developers,” Mr Cresp said.

“There’s stock that’s completed and there is also the ability to buy off the plan in a market that is rising and some of the projects that are in the market now haven’t yet had that price increase, but the developers will probably start to look at doing that pretty soon and the next round of developments will absolutely need to be factoring in construction cost increases.”

And like the Gold Coast, Mr Cresp said there were several factors that would hamper developers ability to meaningfully increase apartment supply in a fast manner.

“Developers that are in the process of moving towards launch and can press go quickly, they are certainly looking to get into the market as quickly as possible,” he said.

“But because the market has had a bit of uncertainty about it, a lot of developers haven’t had a significant amount of stock there in terms of the next project or project sites.

“It is starting to get more competitive with the sites again and people are starting to say it is getting a bit more difficult to find sites at the right price.

“So it’s a challenge for developers, while people’s expectations are rising for site values, the sites are hard to find at the right price at the level that will make the projects work.” 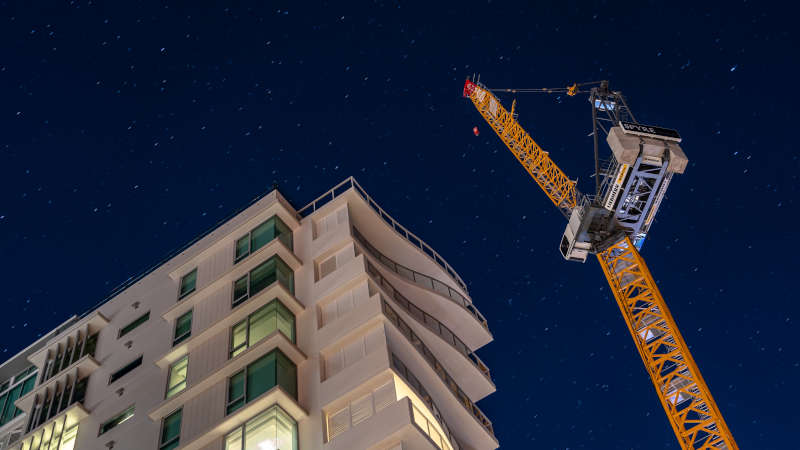 More cranes are likely to pop up soon on the Gold Coast and in Perth. Photo: Shutterstock 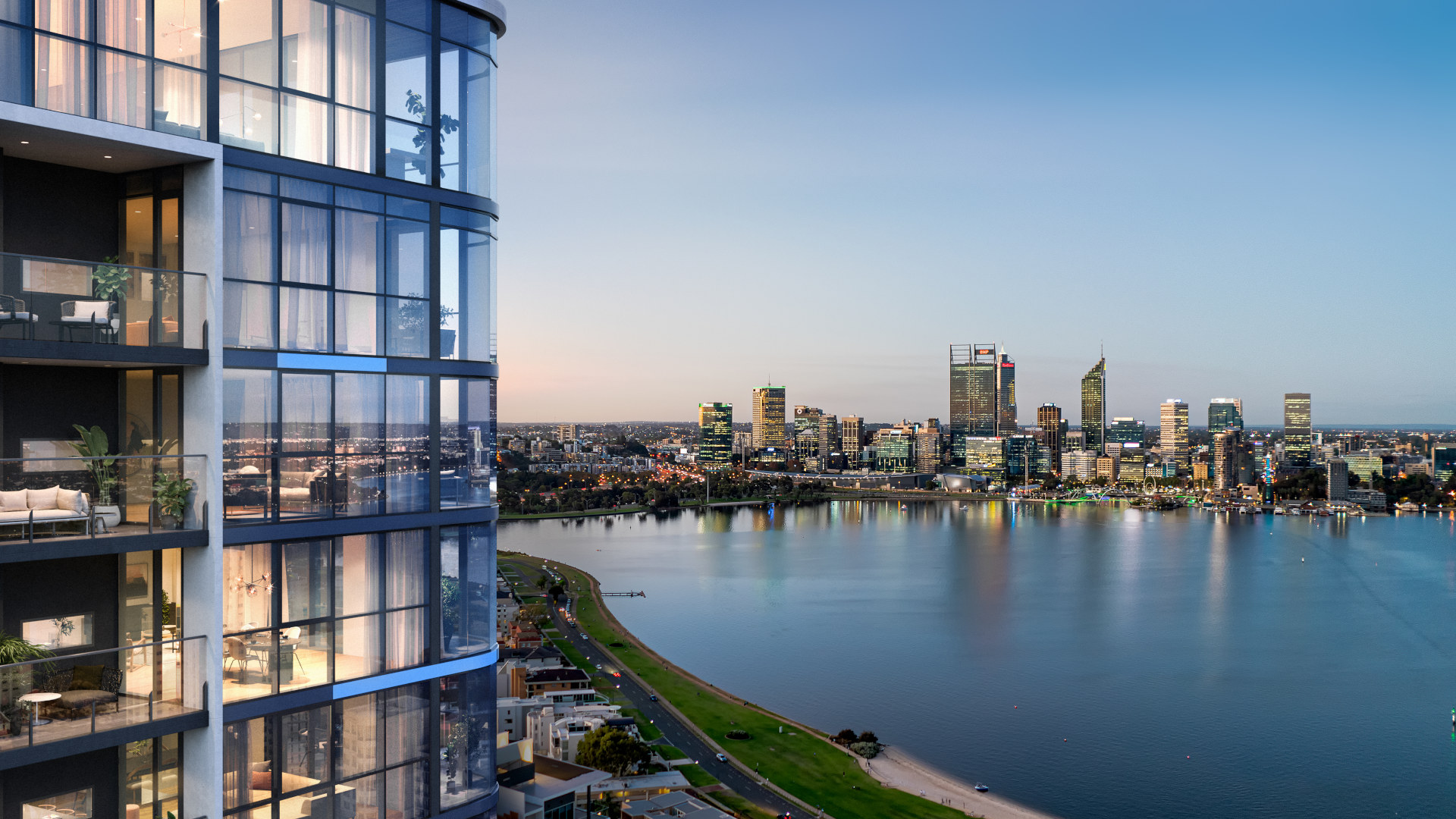