Regional property sales a near certainty to deliver profit

The demand for housing in the regional and smaller cities is expected to remain above pre-pandemic levels, as Covid-19 has made working from home part of the “new normal”.

This was reinforced by the fact anyone selling outside the state capitals is enjoying the near certainty of making a profit.

Of the 18 sea and tree change destinations researched for the report, the figures found nominal gains for 94.0 per cent of regional sales, which marginally outperformed capital cities, at 93.7 per cent in the final three months of last year.

But while prices in the country’s two biggest capitals taper off, regional Australian prices continue to rise.

“One trend which isn’t abating is the exodus of people from Sydney to the regions.

“It’s clear the supply shortage is having a major impact across the regions,” he said.

Where the profits are

The highest levels of profitability in coastal regions were across Geelong and the Sunshine Coast in Queensland (which each saw 99.5 per cent of resales achieve a gain), followed by Newcastle, two hours drive north of Sydney (99.2 per cent).

Inland Victoria’s Bendigo and Ballarat saw rates of loss-making resales bottom out at 0.2 per cent in the September quarter, only to tick up to 0.7 per cent across Bendigo in the three months to December 2021, and 0.8 per cent in Ballarat. 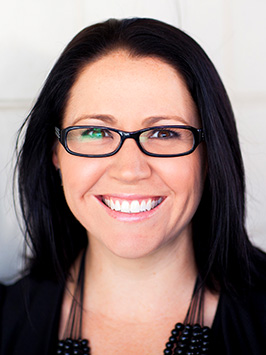 “It is difficult to reconcile a higher rate of loss-making sales, when both markets saw continued dwelling value increases over the period, however, this may be a result of higher vendor activity among strong selling conditions,” the report stated.

High rates of capital growth in the regions stems from the onset of COVID-19, as remote work trends and a lack of migration to cities placed additional demand pressures on desirable, affordable housing markets.

“In the last six months, the Mackay market has continued to experience strong demand from buyers wanting to enter the market or upgrade their existing property,” Ms Macklin said.

“There is still an abundance of activity in the marketplace, with many listings selling at the first open home or not actually hitting the open market, with agents having a database of waiting buyers.

“The residential market is certainly where the most action is, and this is because it's the highest buyer pool.

“While the number of sales is well up on previous years, sale prices are still relatively conservative.”

Similar stories play out in the remaining nine top regional markets of the Whitsundays and Toowoomba, in Queensland, the Upper Hunter, Wagga Wagga and Griffith in NSW, Northern Grampians, Wodonga, the Central Highlands in Tasmania and Bendigo in Victoria.

“These past six months have been the busiest I have seen in my 26 years in real estate,” PH Property Bendigo director Brad Hinton told API Magazine this week.

“Median growth was consistently increasing, with large numbers of potential buyers looking at almost every property listed - we were dealing with multiple offers on the majority of our listings during the most hectic periods.”

“We listed one property recently that achieved more than 2,000 comments through social media, for example, and there are consistently multiple offers coming forward for this type of property and it is hard to see that change, in the short- to mid-term.

Mr Hinton said Bendigo residential growth is stimulated mostly by “upgraders”, followed by first-home buyers, and a higher percentage of investors than in a normal market.

“Metropolitan buyers have been stronger with small acreage/lifestyle properties. 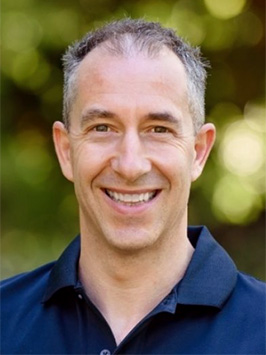 “I think the tree/sea change will settle down a fair bit now that the dust has settled from the past two years; however, the technology to allow people to work remotely will continue to a high degree and people are getting used to it.

“The main issue will be if/when people get sick of commuting when they have to, for whatever reason, go to the city.”

In Mackay, growth is being driven by first-home buyers.

“With international borders closed for the best part of two years, I think many young buyers switched up their plans,” Ms Macklin said.

“If they couldn't travel due to Covid they used those savings to enter the property market.

“On unofficial figures I would say 70 to 80 per cent would be first-home buyers.

“Covid has done wonderful things for savings accounts, with nowhere to go and not much to spend your money on, young people with aspirations to be homeowners are setting their sights on home ownership.

“While there has been interstate interest in our marketplace, our market has largely been driven by locals.

“We have had two record sales in Mackay in the prestigious market space that have both been purchased by local buyers - it's reassuring to have the backing of locals who love Mackay and are willing to make significant investment here,” Ms Macklin said.

Looking past concerns around interest rates, Ms Macklin believes most buyers will be able to absorb the initial rate rises, if they’ve taken a responsible approach to home ownership.

“The continued talk of additional rate rises may make some buyers nervous and it may mean some buyers change their buying price bracket to account for rate rises but on the positive, it is still some of the lowest interest rates we have seen so I don't think it will have a big impact on our marketplace.”

“We expect the market to tick along at quiet a good pace, as long as properties are priced accordingly.

“Time on market will increase, but it will still be a buoyant and strong market with prices stabilising.

“We are still getting plenty of enquiry from buyers in major cities and other regional areas wanting to re-locate to the Bendigo region,” he said.