Mining for real estate gold in the resources regions

Resource-based property markets around Australia, including the Pilbara region in Western Australia, Gladstone in northern Queensland and Broken Hill in New South Wales, have seen substantial growth in property values and rents over the past two years.

While the increase in property values is welcome news for homeowners and investors, low vacancy rates in these locations are impacting employment and stretching the finances of locals.

Investors are now eyeing off mining towns around Australia. 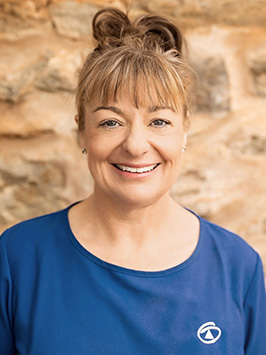 Among them is Broken Hill, a frontier mining town in the far west of New South Wales’ outback, which is seeing an outstanding 8.1 per cent gross rental yield for houses and 4.4 per cent for apartments.

House weekly rents are sitting at $333, up a massive 22.9 per cent compared to twelve months ago. Houses are king in this part of the bush, with apartments setting renters back $201 per week, which is up a mere 1.5 per cent in the same time.

Zeta Bennett, Director of First National Real Estate, rental prices have taken off in the past year.

“Broken Hill has always been identified as having strong rental returns.”

“Due to low vacancy rates, rents are going up on both re-lets and renewal of leases.

“Tenants tended to stay during covid, so we had fewer people vacating while still having the normal amount looking to relocate to the regional city for work or a tree change.

According to new CoreLogic data, dwelling values within the Australian resource-based markets increased an average of 3.0 per cent during the first quarter of 2022, which contributed to a boost in profit-making resales. The number of properties listed for sale or rent has also decreased.

“Our sale market is very active and has been for several years, but especially in the past twelve months with prices increasing around 15-20 per cent.”

“The past 12 months have been positive overall, with no tenants experiencing hardship or vacancies increasing due to hardship.”

“Renovator properties are in high demand across all price ranges.”

“Overall, the pandemic has been very good for local real estate, although we acknowledge this has not been the same for all industries.”

CoreLogic’s Pain and Gain Report revealed that mining-specific employment also surged across parts of Queensland and Western Australia. This has had a positive impact on towns such as Port Hedland in northwest WA and Gladstone in northern Queensland.

Port Hedland, more than 1,600 kilometres north of Perth within the Pilbara region, is known for its intensive mining industry and has the highest tonnage port in the country.

Over the last 12 months, the town has seen a 16.8 per cent property value growth rate, with the median selling price currently sitting at $627,868, while apartments are a more affordable option at $339,838.

“The Pilbara’s thriving commodity market has had a positive impact on house prices in Port Hedland, particularly as the pandemic has shifted the mindset of mining companies towards favouring a more localised workforce

"Another key contributor was the success of the Voluntary Buy-Back Scheme in Port Hedland’s West End, which the WA Government agreed to back in June 2020,” Mr White said.

The scheme gives eligible residential property owners the opportunity to sell their property for a government-guaranteed premium market price.

“With more than 100 properties sold through the scheme in 2021 alone, this has had, and will continue to have, an impact on median house price growth in the Port Hedland regional centre,” Mr White told API Magazine.

“REIWA anticipates that WA’s strong economy and the forecast of 1.2 per cent population growth, coupled with the state’s housing shortage, will maintain demand for properties in the regions and continue to drive price growth.”

Mr White added that the stamp duty reform introduced in NSW would encourage people to take advantage of mining, nursing and teaching opportunities in regional centres without being effectively fined by stamp duty every time they moved.

“The whole idea is based on the idea of a mobile labour force,” he said.

“Invariably they'll move up while a mine is in the construction phase, but they'll only be there for two years.

“For the bigger regional centres like Busselton, Geraldton and Port Hedland it will encourage people to live in the centre in which they work rather than just fly-in fly-out of Perth.”

On the other side of the country in north Queensland, the coastal city Gladstone, home to the world’s fourth-largest coal-exporting terminal and a large multi-commodity port, is seeing excellent price growth within the apartment market and amidst a very tight rental market.

Real Estate Institute of Queensland’s CEO, Antonia Mercorella said among the top five growth performers for apartments for the quarter was Gladstone, leaping 18.4 per cent to a median price of $290,000.

“What’s pleasing about the latest results is that, again, it’s not just our capital city performing – our regional centre property markets continue to benefit from a growth uplift.”

If investors are looking at breaking into one of Australia’s resource-based property markets, Gladstone could be a good choice, Ms Mercorella said.

“For those looking to make their dollar go a little further, the quarterly median house price remained under half a million dollars in Gladstone, at $405,000.”

Beyond its mining stereotype, central Queensland also boasts thriving resources, agriculture, education, health and tourism industries and is proving a lure to investors as rental income continues to rise rapidly.

Mining-specific employment is surging, however, the lack of access to housing in these regional areas is making it hard for companies to fill positions.

New data shows that young, first-home buyers are willing to move and are doing so in large numbers if the opportunities present themselves.

Currently in Broken Hill, the vacancy rate sits at a worryingly low 0.2 per cent. Conditions are slightly better in Port Hedland but still extremely low at just 0.6 per cent, compared to the 2.5 to 3.5 per cent regarded as a balanced market.

Ms Bennett has been seeing the impact of the low vacancy rates first-hand.

“We have good employment opportunities in the region and very low vacancy rates,” she said.

“There is a shortage of rental and sale properties and this is making it harder to fill jobs because those needing to relocate are finding it hard to get accommodation.”

“Rental accommodation shortages within Broken Hill are affecting projects, including Cobalt Blue’s mining and processing operations, Hawsons Iron’s iron ore project, battery storage operations, renewables and the film industry, and this is not set to change in the short term.”