By Dan Wilkie, Journalist
| 25-8-2021 | Development | 4 min read
Developers have had a strong focus on Palm Beach at the southern end of the Gold Coast. Photo: Abadeen

Property economics and research consultancy Urbis’ latest Apartment Essentials report showed supply of Gold Coast apartments was currently at a seven-year low, with just 624 apartments available for sale at the end of June.

With apartments selling at a rate of around 450 every three months, Urbis said there was just 4.2 months’ worth of apartments available for sale on the Gold Coast if no new projects were released.

“Supply reached a critical low across the Gold Coast at the end of June following another quarter of robust sales activity,” Ms Campbell said.

“This comes off the back of a record 742 sales in the March quarter. While the numbers in the latest quarter failed to match the first three months of this year, it was still the second-highest quarterly result in five years.”

Ms Campbell said the extent of the elevated demand was illustrated by 14 projects selling out in the second quarter of 2021, with three of those being new launches.

Urbis’ report estimated a further 1,000 apartments could be launched to market over the next three to six months.

“Some precincts are now in major undersupply, although we are aware of a number of larger projects currently in train that may be ready to fill this gap,” she said.

“However, if demand continues at the current pace, this supply will not be enough.”

The central Gold Coast was the most active precinct, with 240 sales, while the biggest price gains were recorded on the North Shore from Runaway Bay to Hope Island, with the weighted average price for new apartments increasing by 37 per cent in the June quarter.

That momentum has continued through July and August, with Marquee Development Partners recently selling all the 46 apartments on offer at its SOL project at Kirra Beach in just 10 days.

Marquee is now gearing up to launch its next project, a joint venture with LHPP, before the end of next month.

The developers’ Northshore project will comprise 93 apartments and villas at Palm Beach, with Marquee’s total investment on the Gold Coast now totalling more than $450 million.

Local developers such as Marquee, however, are beginning to face stiff competition from interstate players.

Recent deals brokered by GV Property Group include the purchase of 26 Mawarra Street in Palm Beach by Sydney’s Abadeen Group, with the site holding approval for 69 apartments and a retail offering.

Abadeen Group managing director Justin Brown said the acquisition was part of a strategic expansion to one of the nation's most in-demand property precincts.

“We are extremely excited with the purchase in what we believe is one of Australia’s premier beachfront locations,” said Mr Brown.

“The location of the site is close to northern Palm Beach’s pristine beachfront precinct as well as Tallebudgera Creek and is located in an area where there are very few development opportunities for such a project.

“While we know the market is running very strongly on the southern Gold Coast and in Palm Beach in particular, we believe the market is primed for this project."

Settlement is also expected to occur later this month on Sydney-based Macquarie Developments Group’s acquisition of a 1,235sqm block on Rosewood Avenue in Broadbeach, where a development approval is in place for 186 apartments over 39 storeys.

BeckDev is planning to build a 170-apartment complex on the site.

Finally, GV Property Group said it had facilitated the sale of one of the last remaining beachfront development sites on The Esplanade in Palm Beach to another Melbourne-based developer.

GV Property Group director Antonio Mercuri said there was no surprise that the Gold Coast had caught the eye of so many interstate developers.

“Not only does the Gold Coast offer developers an opportunity to transform beachside sites, but the area also offers incredible value compared to Victoria and New South Wales,” Mr Mercuri said.

“As a result, Gold Coast suburbs like Surfers Paradise, Broadbeach and Burleigh Heads were among the most researched suburbs in Australia last year.

“The pandemic has also caused a dip in interest from international developers, which has opened the market for more interstate buyers.

“With the Gold Coast currently undergoing a complete regeneration, developers can now afford to push project boundaries further than they typically would in their home states.” 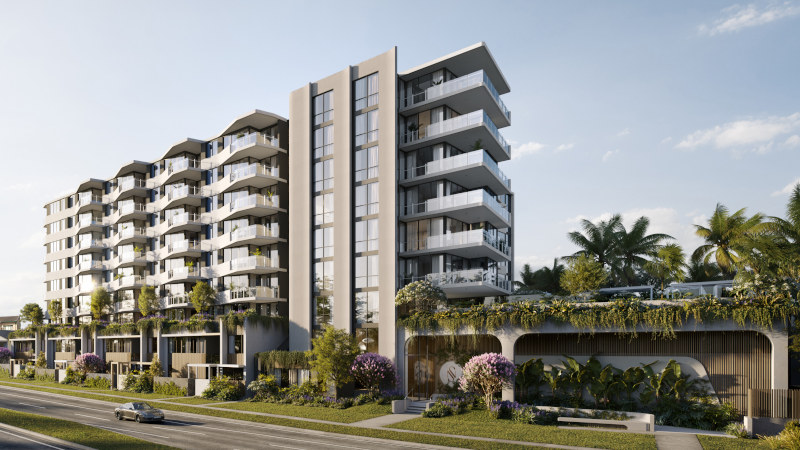 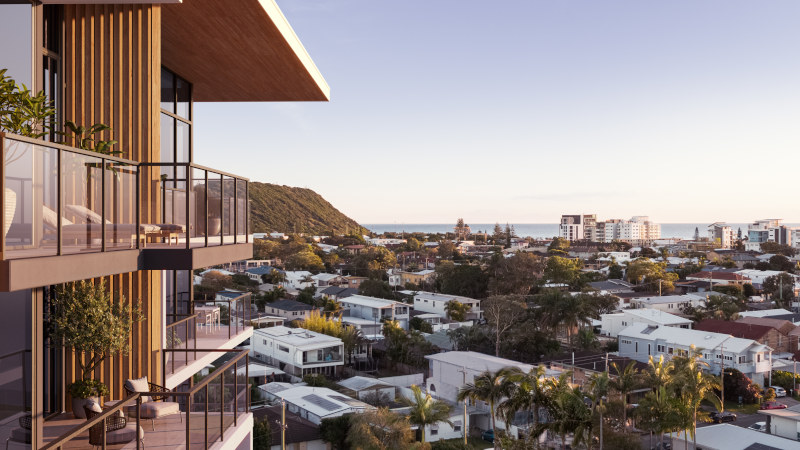 Sydney-based Abadeen Group says its new project on the Gold Coast is part of a strategic expansion.