By Dan Wilkie, Journalist
| 26-5-2021 | Residential | 4 min read
Newcastle was one of the fastest cities in NSW to lease a rental property in April. Photo: Shutterstock

Hot on the heels of releasing data showing regional house price growth was far outpacing that in capital cities, CoreLogic has revealed that rent rises in rural towns are putting an even bigger gap between themselves and their major metropolitan counterparts.

Over the same period, capital city rents increased by 3.3 per cent.

Driving the growth outside of the capitals was a massive tightening of rental listings, with the total number of properties available for rent halving on average in the 25 regions analysed.

Average days on market have declined from 25 days in the three months to April 2020 to 17 days in April this year, with the Gold Coast claiming the title of fastest regional city to rent, with landlords taking just two weeks to find a tenant.

It also took just a fortnight for vacant properties to be snapped up in Queensland’s Wide Bay region, home to towns such as Bundaberg, Gympie and Maryborough, as well as Launceston and North East Tasmania.

In New South Wales, CoreLogic said the average time to find a tenant was 15 days in the Hunter Valley, Newcastle and Lake Macquarie, and the Mid North Coast.

Homes in Victoria’s Hume region, which includes centres such as Wodonga, Shepparton and Bendigo, also took just 15 days to be rented.

CoreLogic head of research Eliza Owen said the data suggested tenants were competing harder for rental accommodation not only in the price they were willing to pay, but how fast they would agree to a lease.

Ms Owen said a big contributing factor was changing trends in migration that occurred since the onset of the pandemic, with fewer people leaving their regional homes and a historically high level of city-dwellers choosing to live in the country.

ABS data showed migration away from regional towns in 2020 was around 4 per cent below average, while in the second half of last year 22,052 people migrated away from a capital city, a 132 per cent increase on the last 6 months of 2019.

“Regional relocation from cities to regions may also be increasingly skewed to higher-income workers, which would put further upward pressure on purchase and rent prices,” Ms Owen said.

“This is because remote work tends to be concentrated in the ‘knowledge economy’, such as for professionals, as well as clerical and administrative workers.”

Ms Owen said it was also possible that the rise in sales transactions and property prices in regional towns could have put upward pressure on rental values.

“This could occur through potential owner-occupiers being priced out by new entrants, which would add demand to the rental market,” she said.

With rental growth and capital gain occurring so broadly, property investors across the country are likely considering that a regional investment could be the ideal addition to their portfolio.

“We have been investing in major regional locations for years and, conversely, have been giving other rural and remote locations a wide berth for a long time too, including right now,” Ms Hill said.

“Clearly, pent up demand and a number of other factors, including record-low interest rates, are motivating more investors to buy into markets near and far, but the fundamentals must stack up over the long-term as a strategic investment location.”

Ms Hill said it was not yet clear if the short-term upsurge in regional population growth would be a permanent trend.

“Some investors might be considering these short-term migration patterns, as well as the current robust price growth, as justification for buying into regional areas,” she said.

“But, in a year or two they may be left with an investment property in a location where many of the new residents have already reversed their decision-making and gone back to the city.

“Plus they may have bought into an area where the local economy was always reliant on one industry, such as tourism or mining, which is not akin to significant nor sustainable capital growth over the years ahead.”

Ms Hill identified major regional locations Ballarat, Bendigo and Geelong as growth areas that had strong property markets long before the pandemic, but said there were many other towns that had faced market challenges due to remote locations and reliance on a single industry.

“Just because a place has had a few months of price growth and property prices seem affordable doesn’t make it a sound investment location,” Ms Hill said.

“By purchasing in an inferior regional or remote location some investors might find out that the so-called ‘cheap’ buy-in price becomes a very expensive ‘experience fee’ with the benefit of hindsight.” 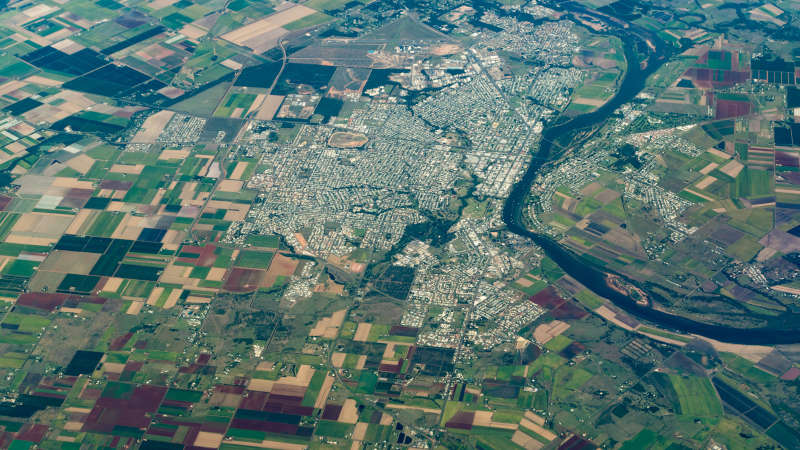