Demand has been so strong, even as the COVID-19 pandemic…

Demand has been so strong, even as the COVID-19 pandemic wrought havoc over most of Australia’s markets from March to June, that one leading selling agent believes Gold Coast property could be on the cusp of a boom.

Kollosche director Michael Kollosche told Australian Property Investor Magazine that enquiry was coming from all angles for a range of properties marketed by his real estate agency, with luxury houses as keenly sought after as high-end beachfront apartments.

Mr Kollosche said off-the-plan apartments, established homes and apartments under construction or recently built were all on the radar, with buyers particularly keen on Nerang River or Pacific Ocean views.

“We’re finding demand extremely strong in that downsizer and luxury market, not just from local demand but we are finding that Brisbane buyers that might have previously travelled overseas are searching out holiday homes on the coast,” he said.

“We are finding a lot of enquiry coming out of Melbourne and Sydney, some to actually migrate up and some who are just looking for second homes.

“And it’s not just luxury apartments, I am starting to see a lot of strong enquiry in that $10 million-plus high-end homes market, which is coming out of very affluent families from interstate that are looking now to buy a home, and are taking a view that if they ever get caught in a lockdown again they will be jumping on a plane before they’re locked down so they can be stuck in the sunshine rather than anywhere else.”

Mr Kollosche said while activity in Gold Coast property slowed at the beginning of the COVID-19 crisis, as lockdowns all but placed all Australian markets into a temporary halt, enquiry levels bounced back strongly in April, largely from local buyers.

“Beyond that in May-June, we saw a big wave of interstate enquiry starting to come in, people trying to get across the border and fast-tracking their plans to relocate up here where they might have previously been thinking a year or two down the track,” he said.

“We’re now seeing a lot of expats starting to enquire about coming back, not just from places such as Hong Kong, with what’s occurring over there, but in a lot of other countries like Dubai and the UK, where people see the Gold Coast as a bit of a safe haven now.

“They’ve all done extremely well and they are fast-tracking their plans to come back and settle into these areas.”

Mr Kollosche said a big factor in the increased enquiry had been the shutdown of Australia’s international borders, with many who would have holidayed overseas spending up big on holiday homes, or looking to relocate to a sunnier location.

The rising interest in Gold Coast property comes as the market’s fundamentals begin to shift from oversupply to not meeting underlying demand.

Recent building approvals data from the Australian Bureau of Statistics showed new approvals were 14.8 per cent lower at the end of May as compared to the same time last year, with the value of residential construction down by 17.3 per cent over the same period.

Around 2,000 apartments are expected to be completed on the Gold Coast in 2020, according to research by JLL, however, analysts expect supply to slow considerably by next year.

CoreLogic data available through Australian Property Investor Magazine shows apartment values in Gold Coast’s sought-after coastal suburbs are also on the upswing, with Surfer’s Paradise median unit values up 5.3 per cent at the end of June, compared to the same time last year.

Median unit values at Mermaid Beach rose 4.6 per cent over the same period, while Broadbeach’s median unit price was up 3 per cent.

At Mermaid Waters, median unit prices rose by 5.14 per cent in the year to the end of June, CoreLogic said.

Research released this week by Knight Frank showed price growth for Gold Coast’s most expensive properties was higher than any other city in Australia in the last 12 months, with annual growth of 3.4 per cent.

Against that backdrop, developers with apartments aimed at the downsizer and owner-occupier set have been most successful, Mr Kollosche said, but he warned that the growing demand may not be able to be satisfied by the current level of upcoming projects.

“The challenge has been that the pipeline takes a little while to fill up,” Mr Kollosche said.

“There has been a little bit of oversupply in some areas and other areas have been tight, but we have seen most of the new product in the coastal suburbs or beachside locations that were geared towards end users.

“There was a number of high-rise projects like Little Group’s Signature at Broadbeach, where they amalgamated a lot of those apartments because they were initially aimed at investors, and then all of a sudden the owner occupier market took off and has been extremely strong in Broadbeach and Mermaid.

“The Sunland building at 272 Hedges is another example where they have sold 90 out of 98 apartments and they are only at level three or four of construction.

“That’s all geared towards the end users as well. A lot of these projects have been in the pipeline for a number of years, but they are now selling out.

“There is strong demand for them and there is a lack of supply starting to show.”

Gold Coast headquartered developer Azzura Investments is one to have taken advantage of the recent uptick in enquiry for new apartments, with its luxury Regal Residences proving a hit with buyers.

Marketing for the 14-storey, 154 apartment project was launched midway through last month, with the building the first stage of Azzura’s $2.3 billion Imperial Square, which promises to deliver Australia’s tallest residential tower at 108 storeys.

“We’re so pleased to have witnessed such a strong uptake in Regal Residences, especially considering the COVID-19 economic climate we launched within,” Mr Badalotti said.

“Having said that, we believed we had priced these apartments so well and people are certainly getting a true sense of the quality and meticulous design through our fully furnished two-bedroom apartment display suite on site.

“The price point of the offering, combined with the project’s amenities and location, is proving particularly popular among local owner-occupiers.”

Marketing for Flow launched at the end of June, with buyers understood to have quickly snapped up all of the apartments on offer at the Cottee Parker-designed project.

Buyers also moved quickly on a $77 million development to be built at Burleigh Heads, where Brisbane-based developer Spyre Group is planning a 17-storey tower at 112 The Esplanade.

With marketing launched in March, Spyre Group said 80 per cent of the 33 apartments had been sold, with CONDEV Construction to start building the project in the coming months.

To make way for Natura, one of Gold Coast’s most recognisable buildings, a nine-story boutique development created by Elle McPherson’s sister Mimi, will be demolished.

Spyre Group director Andrew Malouf said the developer had been keen to buy along The Esplanade for many years, as it expanded its presence on the Gold Coast.

The developer is also currently currently building the $79 million Elysian Broadbeach and the boutique $25 million Maya at Kirra Beach, both of which are nearing completion.

“Natura has been uniquely designed to cater to a market of local owner-occupiers who seek larger sized luxury residences on the Gold Coast,” Mr Malouf said.

“Our exciting vision for Natura will meet high demand for luxury residential offerings in what is undoubtedly one of Australia’s most highly sought-after beachfront suburbs.

“In selecting this site we knew that its location, combined with what we were planning to create, would strike a chord with the local market and we’ve been very pleased to see this has been the case.” 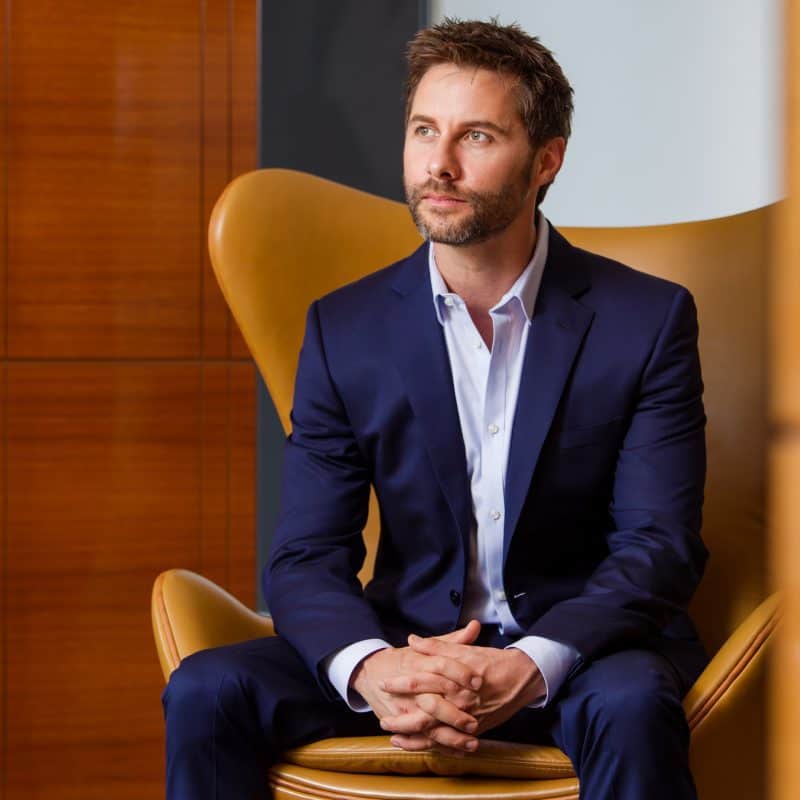