2 min read
17-11-2020
A mix of apartments and terrace homes will be on offer at The Cove. Image: Henzell Property Group

The fourth-generation developer’s plans for The Cove include 220 apartments and terrace homes, with the first stage, known as Corsica Residents, to comprise 36 apartments and 15 terraces.

Located on a 2.7 hectare waterfront site, The Cove will offer residents north-facing views to the Pumicestone Passage and Caloundra, as well as views to the Glasshouse Mountains, Bribie Island and Moreton Island.

Future stages will include office space, restaurants and a grocer, which will be added to the existing Pelican Waters Town Centre and Marina.

McLean Henzell said The Cove would be the final piece of the puzzle at Pelican Waters, which the Henzell family has been developing for more than three decades.

Construction of the master planned community is expected to be complete by 2025.

“We’ve been meticulously designing the latest instalment of this iconic community, consulting with the local community and council to ensure that what we bring to market will be very well received,” said Mr Henzell.

“After developing Pelican Waters for over 30 years, we were delighted to bring the last offering to the market over the weekend.”

Henzell Property Group sales and marketing director Marcus Muir said the project had already met sales success, with 13 of the 36 apartments on offer sold to local residents prior to launch.

Throughout 2020, Sunshine Coast has emerged as one of Australia’s best performing property markets, with buyers attracted to the coastal lifestyle.

“There is certainly great pent up demand for people to move to the Sunshine Coast, so we expect once borders open there will be soaring interest,” he said.

“We’ve recently opened our on-site sales display to coincide with the launch of the project and we look forward to offering prospective buyers a glimpse into the luxury apartments on offer.”

Sunshine Coast headquartered OGE Group Architects director John Robertson, who designed the estate, said Henzell Property Group had gone above and beyond what a typical developer would offer.

“There has been great consideration to the overall master-plan feel of the project,” Mr Robertson said.

“In working with the Henzell Property Group we have designed beautifully landscaped outdoor spaces where residents can enjoy going for walks amongst the safe, community-orientated community.

“In my 20 years’ experience in the industry I’ve never worked with a company so committed to offering the highest quality across all aspects of the development, from the spacious verandas that allow for great natural lighting and ventilation, to the range of outdoor recreation spaces.” 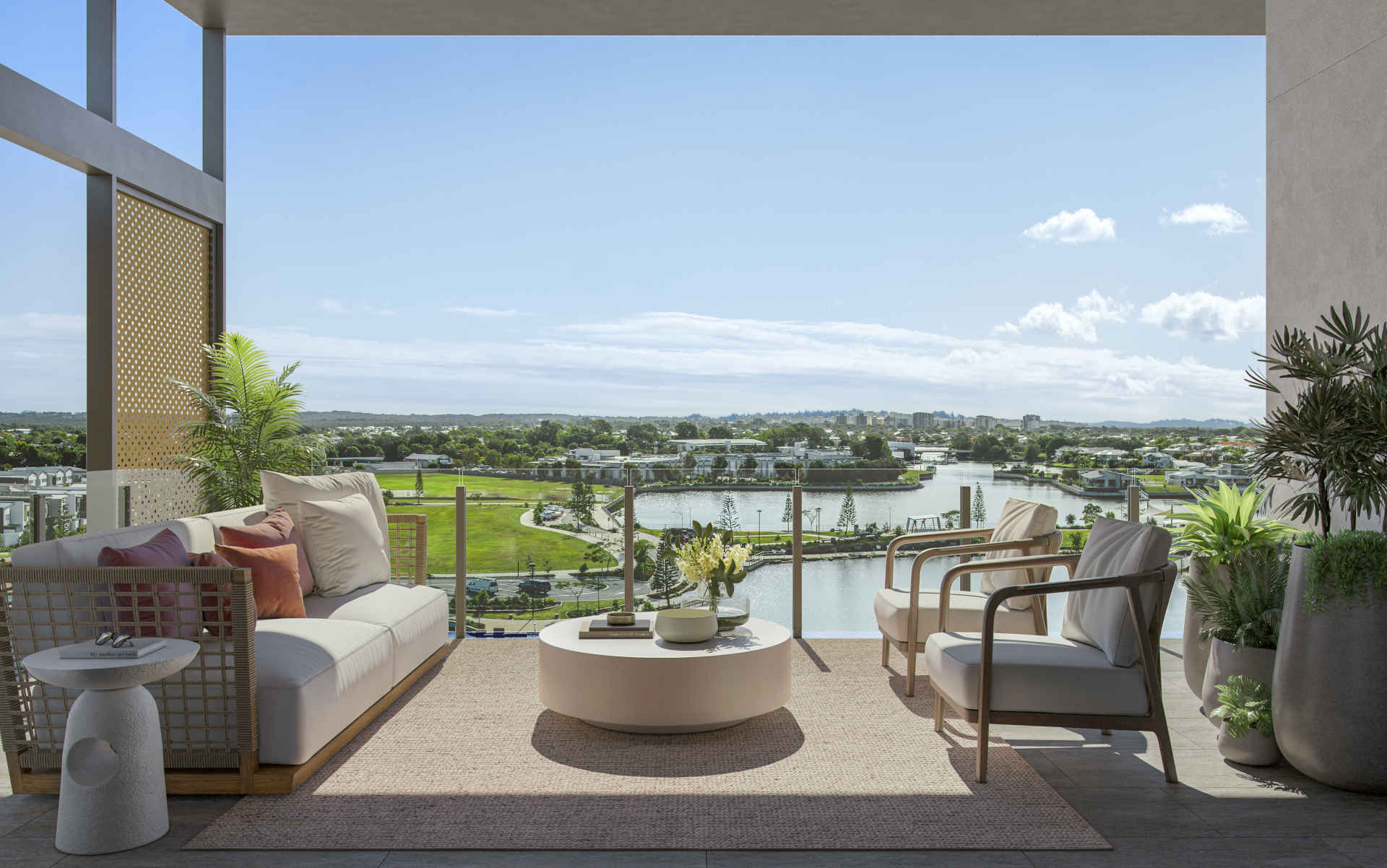 All dwellings at The Cove will be designed to take advantage of the estate's natural setting. Image: Henzell Property Group