January is a month of optimism and promise. After the summer holidays, we return to work, school, TAFE, Uni or other studies and resume our routines. Some of us write down goals for the year, some voice their New Year’s resolutions while others just have wishful dreams of financial freedom one…

January is a month of optimism and promise. After the summer holidays, we return to work, school, TAFE, Uni or other studies and resume our routines. Some of us write down goals for the year, some voice their New Year’s resolutions while others just have wishful dreams of financial freedom one day. To make that “one day” a reality, you need to take considered and determined steps to create your own financial security. And we all know that property needs to make up a significant part of that reality.

Don’t just set unrealistic and unachievable goals – that will only result in continued disappointment. Look objectively at where you are at and where you want to get to. Set stretch goals that challenge you but that you know you can reach with some discipline and continued action. This is a very individual thing for each person. Work out your desired annual passive income and the number of properties you need and get going. Waiting for the perfect time is a fool’s game. There are always opportunities in any market.

What is in store for 2018? First a quick recap – in 2017 we saw interest rates remain on hold and property prices in the two major cities Sydney and Melbourne start to cool after an unprecedented 5-year run. We also saw APRA continue to monitor bank lending to property investors very carefully and the rapid decline of interest only (I/O) loans as the pricing differential compared to cheaper Principal and Interest loans makes it uneconomic to continue on I/O loans. The Federal government also removed a significant proportion of tax deductions for established properties which also has profound implications for investors cashflow.

In 2018 I see a number of property markets changing – some cooling, some rising and some static – but all with the ability to create both increased equity and positive cashflow using smart strategies. I think that interest rates will remain on hold for most of the year – with the chance of ONE rate rise of 0.25% in the third or fourth quarter of 2018 or early 2019. Once we do get the rate rise this will significantly impact investor sentiment. Bear in mind we are still likely to see out cycle interest rate rises by the banks independent of the RBA movements.

Capital city round up

Sydney has already started to cool as shown by Core Logic figures which show a 0.8% decrease for December. However, don’t expect to see widespread market declines in every suburb. There are many suburbs which are still in high demand and short supply which will see low to moderate price rises rather than declines. This includes the Eastern suburbs, Lower North Shore and Inner West areas which always have high demand. The media will jump on the change in median prices to try and dramatize the impact of a slowing market. I expect to further softness in areas where there is less amenity or drivers for growth. Sydney is still undergoing rapid transformation with large-scale infrastructure projects underway and yet to become operational. I see excellent opportunities for home buyers, upgraders and downsizers to enter the property market this year. And investors can do well with renovations and small-scale developments. My overall price growth prediction for Sydney – Circa 5%.

Melbourne is about 6 months behind Sydney in terms of cooling – but is already starting to show some slowdown. Buyers are being more cautious and selective with there offers, knowing that market sentiment is changing. The first home buyer market under $700k is going to continue strongly as the high demand areas surrounding the city fringe and up to 15km radius from CBD. Upgraders and investors will continue to be a dominant force in the market. Large-scale housing estates in the Northern suburbs may see some slowdown if there is a large release of lots simultaneously. My overall price growth prediction for Melbourne – Circa 8%.

Brisbane will continue to rise at a moderate pace. It hasn’t performed as expected primarily due to slower jobs and wages growth and lack of new infrastructure projects compared to the southern capitals. However, it is still seen as a highly attractive and affordable city relative to other capitals. There will be downward pressure on apartment prices as there is an overhang of temporary excess supply until the end of 2019 when many large-scale blocks are completed. Established houses will continue to see solid growth and good rent returns in suburbs that have good transport connections to the CBD, good amenities and growing populations. My overall price growth prediction for Brisbane – Circa 6%.

Adelaide is flying under the radar as usual with has consistent but slow population growth. The impact of the General Motors-Holden plant closure in 2017 will have a major impact on unemployment which directly feeds into the property market. Despite the new defence contract for building submarines, this is unlikely to replace the significant job losses in the automotive industry. Price growth is likely to be low to moderate again in 2018. My overall price growth prediction for Adelaide – Circa 2%.

Canberra has shown strong gains in 2017 and vacancy rates are still tight at around 1%. Stable employment patterns and a strong local economy have helped drive demand for housing. However, the caution for this market is the large volume of public servants that could be impacted if there were a change in government or change in government spending. My overall price growth prediction for Canberra – Circa 6%.

Perth is likely to reach the bottom of the property cycle later this year, but don’t get your hopes up on jumping in too soon. The downturn in the mining boom has had a lasting impact on the Perth market and it will take many years to recover to a position where it looks attractive for investors. My overall price growth prediction for Perth – Circa 1%.

Hobart has been a shining star for the last two years, but the question on everybody’s lips is now “How long can it last” and “Is it sustainable”? Tasmania has a beautiful natural environment and tourism is strong, and the local economy is reasonably diversified into primary production (metals, wood, seafood, dairy etc) but property prices can only rise so far on the basis of tourism and primary production. Vacancy rates remain very tight meaning that rents are rising fast. However, in the event of a downturn, the volume of buyers could dry up very quickly. My overall price growth prediction for Hobart – Circa 8%.

In 2018, I encourage you to look objectively at your financial situation, set some solid property goals, sell your under-performing properties and move forward with a plan. 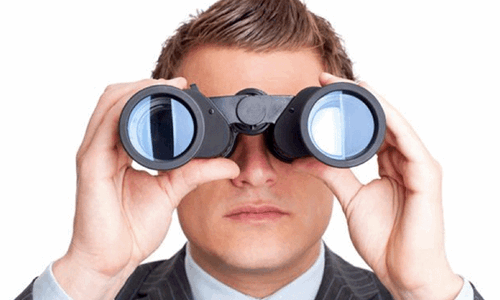