Carved into property’s marble tablet, it stands as the one unbreakable rule, and rightly so. But many other variables also come in…

Carved into property’s marble tablet, it stands as the one unbreakable rule, and rightly so. But many other variables also come into play and, in Perth’s two-speed property market, size would seem to matter.

From the northern and southern suburban coastal extremes of Joondalup and Mandurah to the so-called golden triangle of higher-priced inner west suburbs, buyer focus is predominantly on established or larger properties that offer room to move, renovate or simply enjoy a spacious lifestyle.

“Houses with land are selling like hotcakes,” he said.

“Around (the central beach suburb of) Scarborough and even further inland there are lots of buyers, with properties selling fast and getting good prices, whereas the villas, units and townhouses are all struggling with an oversupply.”

Scarborough and surrounding areas have done reasonably well in holding values, particularly the larger house type stock in the $800k to $1.2m range that is around double or triple Perth’s median sales price.

Holding value in a falling market is applaudable but still not enough to entice investors looking for capital gains returns.

“Rentals have been doing well over the last year or two and prices have just started to rise slightly, with most properly priced inner-suburban properties going quickly,” Mr. Callanan said.

“There are good signs for the sales market and I feel prices will start to improve over the next 12 months or so.”

The rental statistics back this up. Median asking rents for Perth houses grew 5.7 per cent in the year to September to $370 per week, which was the strongest annual growth rate since June 2013.

The strengthening of Perth’s rental market during the past year points to broader signs of a turnaround in the WA property market. Perth units also experienced a strong rise in rents year-on-year, at 3.3 per cent to a median of $310.

A short drive inland from Scarborough and just 10 kilometres north of Perth’s CBD, suburbs within the City of Stirling are also set to defy Perth’s continuing downward trend.

As the second-largest employment area in Western Australia and home to roughly $2 billion of urban regeneration projects, sales activity is picking up and prices are reflecting that upswing.

Perth people have long cherished their outdoor, summery lifestyle, with their homes traditionally catering for BBQs, swimming pools, front and back yards and indoor entertainment spaces.

The city has also embarked on a decades-long push to increase population density in the suburbs, to add vibrancy to retail precincts and to stem the insatiable expansion of the city into environmentally sensitive areas and the need for the infrastructure that comes with this urban sprawl.

The result has been smaller suburban spaces and premium prices for sizeable inner-city blocks.

At the far ends of Perth’s north-south spread are Joondalup, about half an hour up the freeway from Perth (when the traffic is moving) and home to university campuses, light industry and self-contained retail, and an enviable green lifestyle.

With sales activity picking up, it has been identified as a prospect for significant price growth.

In the other direction, Mandurah is the last train station on the line south from Perth.

Between the Indian Ocean, the waterways of the Peel-Harvey Estuary and the lower reaches of the Serpentine River, this unique location boasts some of the best water-based activity facilities in Western Australia.

Perth’s stagnating property market has been attributed to a slowing population growth rate. Mandurah is home to 85,000 people with an average increase of 1500 new residents each year over the past five years. Over the next two decades, the population for the City of Mandurah is forecast to increase by 45% at an average annual change of 1.85%.

Sales Consultant for Di Prinzio Properties in Mandurah, Robert Ciallella, said the popular holiday destination has typical peak and trough market phases and in the past, was known for attracting predominately retired couples or downsizers.

“Mandurah is now seen to also be an attractive destination for singles, young couples and families because of its seaside attractiveness and abundance of waterways and marinas,” he said.

“The rail link to the city has also attracted a surge of young professional couples commuting as property prices and rentals are at a low, making this an affordable destination.”

Opulent canal developments are now well established and, in an area where prices have fallen sharply, these properties are now holding their prices and presenting as investment and lifestyle purchase opportunities.

“The mid-level canal properties have stabilised around the $1m to $1.5m range, with exceptional, higher-end properties selling for substantially more.”

“These prices are currently holding well at this level and offer buyers a chance to capture these palaces that were once selling for much higher prices,” Mr. Ciallella said.

Similarly, the new entry-level sub-divisions in nearby suburbs Meadow Springs and Lakelands are attracting young couples and still within close proximity to the town centre and facilities.

Homes five to 10 years old are selling for around $300,000 to $450,000, with some older established homes on good size blocks of 600sqm and above selling for high $200ks, prices that would be unthinkable in comparable parts of Sydney and Melbourne.

Mandurah and nearby Falcon and Silver Sands have been named among the cheapest WA metropolitan suburbs to rent a home by REIWA. Rentals in this area range from $260 to $290 per week for average three by two homes within a five-minute drive to beaches, town centre and Perth-bound trains.

“These areas present better opportunities for young couples to rent and save before embarking on their first home,” Mr. Ciallella said.

While Perth continues to lag behind other capital cities, pockets of investor appeal abound and, according to Mr. Callanan of Wright Real Estate, will inevitably increase.

“One thing for certain is the market will pick up again,” he said.

“Buyers can never see it when the market is at an ebb, just like they can’t see it tumbling when it’s riding high but it will happen and is probably not too far away.

“Overall the market is selling but remains very price sensitive.” 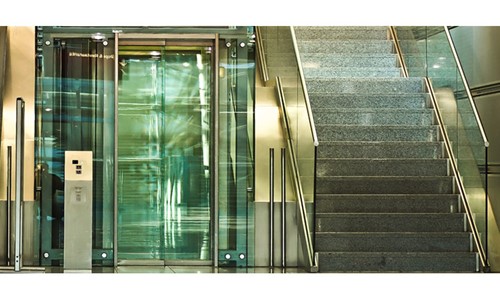