Research from property economics consultancy Urbis showed Perth apartments were selling at their fastest rate in five years in the second quarter of 2021, with 475 new apartments sold in the quarter.

“The growth in sales is coming off the back of a solid established housing market,” Urbis director David Cresp  told Australian Property Investor Magazine.

“The apartment market is now starting to come into its own and people are getting the confidence to be able to sell their own place, and rightsizers are the main drivers of the activity.”

Average sales prices of $900,214 - the highest recorded in Urbis Apartments Essentials surveys since 2014 - reflected the majority of apartments being sold to owner occupiers.

But while owner-occupiers accounted for 76 per cent of all sales, Mr Cresp said there had also been an uptick in investor activity, particularly for more affordable apartments.

“The proportion of investors hasn’t lifted, but there are more sales overall, so therefore the number of investors has lifted, and investors are certainly seeing the opportunities in the market, with Perth’s very low vacancy rate,” Mr Cresp said.

“Rents have moved considerably, so there are certainly opportunities at the more affordable end of the market.”

Mr Cresp said that while 52 per cent of sales were off-the-plan or in buildings under construction, there was considerable opportunity emerging in recently-completed projects, particularly for investors.

Urbis data showed there were 1,210 completed apartments available for sale at the end of June, down from 1,838 at the end of 2020.

Mr Cresp said while that stock was spread proportionally throughout the Perth metropolitan area, investors would likely be drawn to opportunities in near-city suburbs such as Maylands and Rivervale, as well as middle-ring suburbs such as Palmyra and Dianella.

He said investors had been attracted to the recently-completed stock largely because of supply-side issues that were pushing up construction prices for off-the-plan apartments.

CoreLogic’s latest Cordell Housing Price index increased by 1.4 per cent in the second quarter of 2021, the fastest pace of growth since December 2015.

On an annual basis, construction costs in WA have increased by 3.7 per cent.

“A big trend that’s happening at the moment in the Perth market is the amount that construction costs are going up,” Mr Cresp said.

“There has been a significant increase in construction costs already and there’s expected to be another 10 per cent over the next 12 months.

“So the advantage of some of the completed stock that is there, from an investor point of view, is that the purchase prices haven’t yet reflected the new level of construction costs, it’s reflecting construction costs that were prevalent 12 months to two years ago.

“In a lot of cases developers haven’t pushed the prices up on the apartments that are still there and completed, they are more focused on selling the remainder of that stock and moving on to the next one.

“While the number of units available is certainly coming down, there is still a reasonable amount of options still remaining on the market, and a wide variety of choices.”

Velocity was completed in July and 90 per cent of its 120 apartments have been sold, with around 60 per cent of those going to investors, Pathfinder Property Group managing director Bryan Negus said.

Mr Negus said a compelling factor for investors was a good rental yield to price ratio, as well as Cannington’s rental vacancy rate, which sat at 0.9 per cent at the end of July, according to SQM Research.

Data from CoreLogic shows rents in Cannington have risen by 11 per cent since the start of the year, to sit around $390 per week.

“In Cannington, rental yields are probably higher versus other areas of Perth, so that and the vacancy factor in the area are probably the two biggest reasons investors have been buying,” Mr Negus told API Magazine.

“The reason that the vacancy factor is what it is and the rents are pretty high is the amenity of the area.

“In Cannington, more than 50 per cent of the houses in the area are rented, so as a suburb, if you are wanting to look at what’s already there, it has a stronger-than-average representation of people that are renting and investors.

“Again, the main thing that underpins that is Curtin University.

“From our point of view, we’ve put a product mix together that meets the needs of the owner-occupiers that we see are interested, as well as investors.”

Under NRAS, landlords are provided a government subsidy for providing dwellings at a weekly rental 20 per cent below market value, to boost housing options for low and middle-income earners.

Mr Negus said Pathfinder had around 10 apartments available for sale at Velocity that qualified for the scheme, with the previous stage of the project demonstrating strong demand.

“We manage about 50 apartments in our first stage, of which we’ve got around 10 NRAS allocations in there,” he said.

“The quality of the tenant we see applying for an NRAS apartment is no different to a non-NRAS in this particular area, and the amount of interest we get from it is probably four-to-five fold.

“Uni students qualify, most people that work in retail at Westfield would qualify for NRAS.

“In our case, the rental valuation for a 1-bedroom apartment is $350/week, the owner then needs to offer that to a qualified tenant at 20 per cent below the market value, which is $70/week for a rent of $280/week.

“The price sensitivity of $70/week may not seem like much to some people, but certainly in the market that we’re in at the moment it makes a huge amount of difference in terms of the amount of applicants we get.” 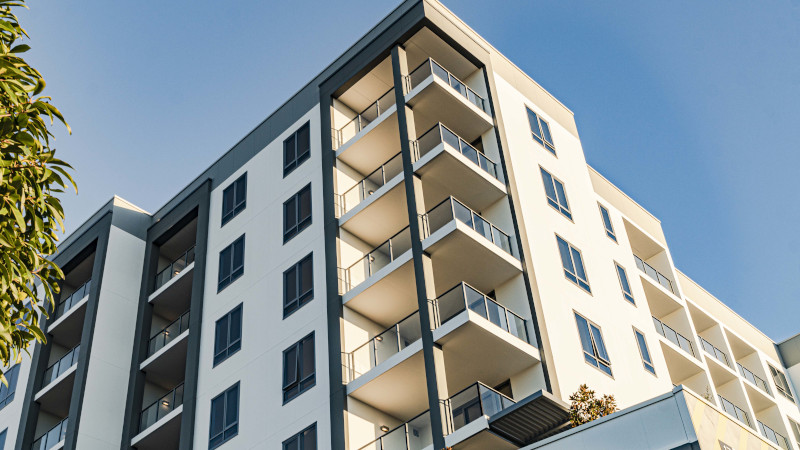