At one level, COVID-19 seemingly threatens to up-end the statu…

At one level, COVID-19 seemingly threatens to up-end the status quo of city-centricity, but the weight of evidence on the relative productivity of cities argues strongly that they will remain the engine rooms of the national and global economy.

“Regional cities like Wollongong, Newcastle, Geelong and the Gold Coast will see accelerated growth,” he said.

“They have sufficient scale and critical mass of service sector jobs to continue to develop rapidly, while also benefiting from a tilt in lifestyle choices due to the pandemic that will see some people opting for a less CBD-centric working life.”

In major cities, Mr Burston said centralised models of urban planning were likely to be scrutinised closely over the next 12 months.

“This will partly be motivated by shifting lifestyle choices, with some households seeking the wider spaces of a suburban lifestyle,” he said.

“But city planners will also have in mind the desire to mitigate the risks presented by the pandemic of having key services and employment clusters in one concentrated location, and the challenge of supporting infrastructure and services for a more dispersed community.”

Sydney is already leading the way in that regard, Mr Burston said, with its Three Cities plan calling for growth hubs in Parramatta and a Western Parkland city centre in proximity to the Western Sydney Airport.

“This has seen the state government shift parts of its activity to support growth, and the experience of the pandemic will serve to reinforce these efforts,” he said.

Governments will be seeking to move the needle on economic recovery in 2021 with an ongoing pipeline of new infrastructure projects, enabled by the low interest rate environment.

“We expect to see renewed debate on projects previously considered to be too expensive or not an immediate priority, such as faster rail connections between Sydney, Newcastle and Wollongong, additional airport capacity for Melbourne and improved access for cyclists in all of our major CBDs,” Mr Burston said.

“Besides these transport initiatives, we expect more emphasis to be given to social infrastructure projects going forward, encompassing social and affordable housing, renewable energy and aged care facilities.”

Hybrid work arrangements will result in a shift in emphasis for offices toward their central role as an enabler of collaboration, culture and connection, with less emphasis being placed on facilitating individual, focused work.

“Physical offices will be increasingly grounded in the concept of wellness, both mental and physical, meaning greater emphasis on green spaces, exercise and retreat rooms as well as natural light,” Mr Burston said.

“In an environment of higher vacancy and the greater choice this implies for tenants, lower grade space which cannot meet more stringent requirements will increasingly become redundant.”

Flexibility will be increasingly sought by tenants, and landlords will have to adapt to these changes.

“Reflecting uncertainty over future space needs, large tenants will seek a mix of core leased space and flex spaces which can be scaled up and down as needed, and also look for an end-to-end service where workplace planning, design, fitout, head lease and flex space are managed under the one umbrella,” Mr Burston said.

“Alongside more frequent break clauses, this will place greater management pressure on assets with long WALE tenancy schedules potentially having a number of break points.”

The COVID-19 pandemic, subsequent lockdowns and closed state and international borders have given people time to reflect on their lifestyles.

Knight Frank’s Global Buyer Survey, conducted midway through last year, showed one in four respondents said they expected to move house in the next 12 months due to the pandemic, with 40 per cent saying they would likely stay in the same location but move to a different property.

Demands on the home are expanding, reflecting changes in the way people live and use their space, according the Knight Frank’s  Knight Frank’s Australian head of residential research, Michelle Ciesielski.

“As a consequence, more and more people are seeking detached family homes and favouring waterfront and rural homes in particular,” Ms Cieselski said.

“Large gardens and outdoor space are now more of a priority, with the lockdown period emphasising the connection between wellbeing and the great outdoors.

“All of this will drive strong demand for prime property in 2021, with prices in our major cities set to rise, led by Sydney, Perth and the Gold Coast.”

Ms Cieselski said the volume of prime listings were likely to rise in 2021, as certainty returns to the economy.

While the major cities across Australia have experienced minimal uplift in new sales listings, over the past year prime rental properties have also become scarce, in stark contrast to the mainstream residential market.

Given the high level of uncertainty over the economic outlook, forecasting returns is more challenging than normal.

"But on the basis of a gradual recovery with no further major lockdowns, we expect capital growth in the office sector to fall an average of 1 per cent for calendar year 2020 and decline by 2 per cent in 2021, leaving total returns a little over 4 per cent and 3 per cent respectively,” Mr Burston said

“The investment return performance of the industrial sector will continue to be relatively strong, with total returns likely to remain around or just under 10 per cent in 2020 and 2021. This would mark a much stronger return performance than that experienced during the GFC.”

Question marks over the strength of occupier demand in the office and retail sectors are resulting in a reassessment of risk with a greater focus on covenant strength and length of income.

“This will continue to drive strong demand for industrial and logistics property in 2021, as investors seek to increase their portfolio weightings to the sector,” Mr Burston said.

“This will drive further yield compression in the industrial market, supported by the adjustment to lower interest rates.

In addition, the desire for defensive income returns and diversification will see a further expansion of specialist asset classes such as healthcare, cold storage, data centres and build-to-rent.”

In a more challenging environment, with higher risks to income and less expectation of capital growth, we expect overseas buyers to step up their share of major acquisitions.

“Major global funds are more accustomed to the shift-down in interest rates and lower capital growth expectations, and overseas family offices will at times be driven more by the desire to diversify and preserve capital over the long term,” Mr Burston said.

“On the other hand, domestic investors seeking higher returns will be cautious until the risks to the occupier market ease.”

The shift to a lower return environment will see a further deepening in the real estate debt market during 2021 with a proliferation in the number of lenders and a widening of their remit to offer greater diversification within the space.

“The entry of new non-bank lenders into the debt market will widen competition resulting in a broadening of the scope of borrowing available to borrowers, including longer loan tenors and higher LVRs than traditional bank lenders will offer.” 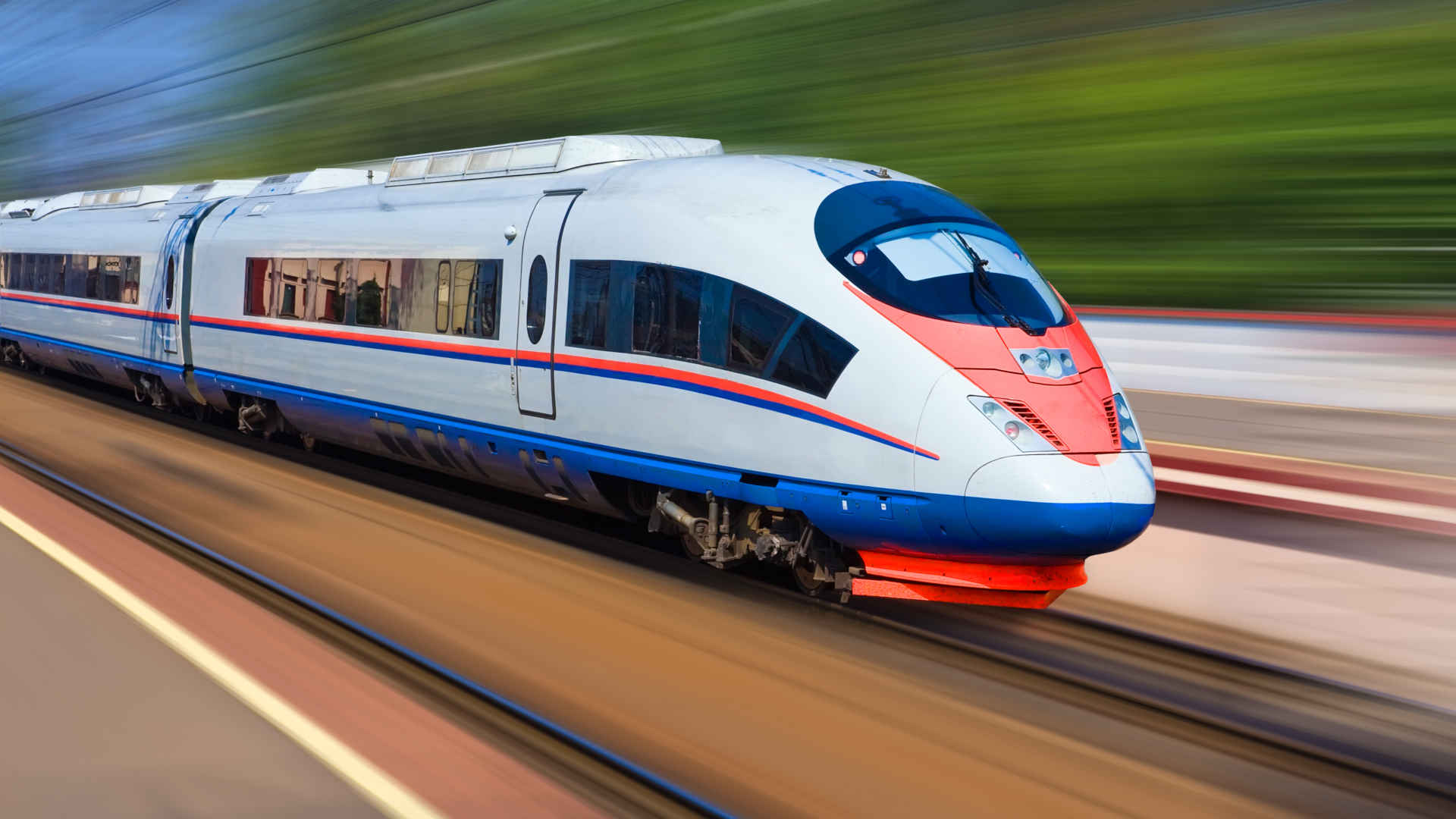 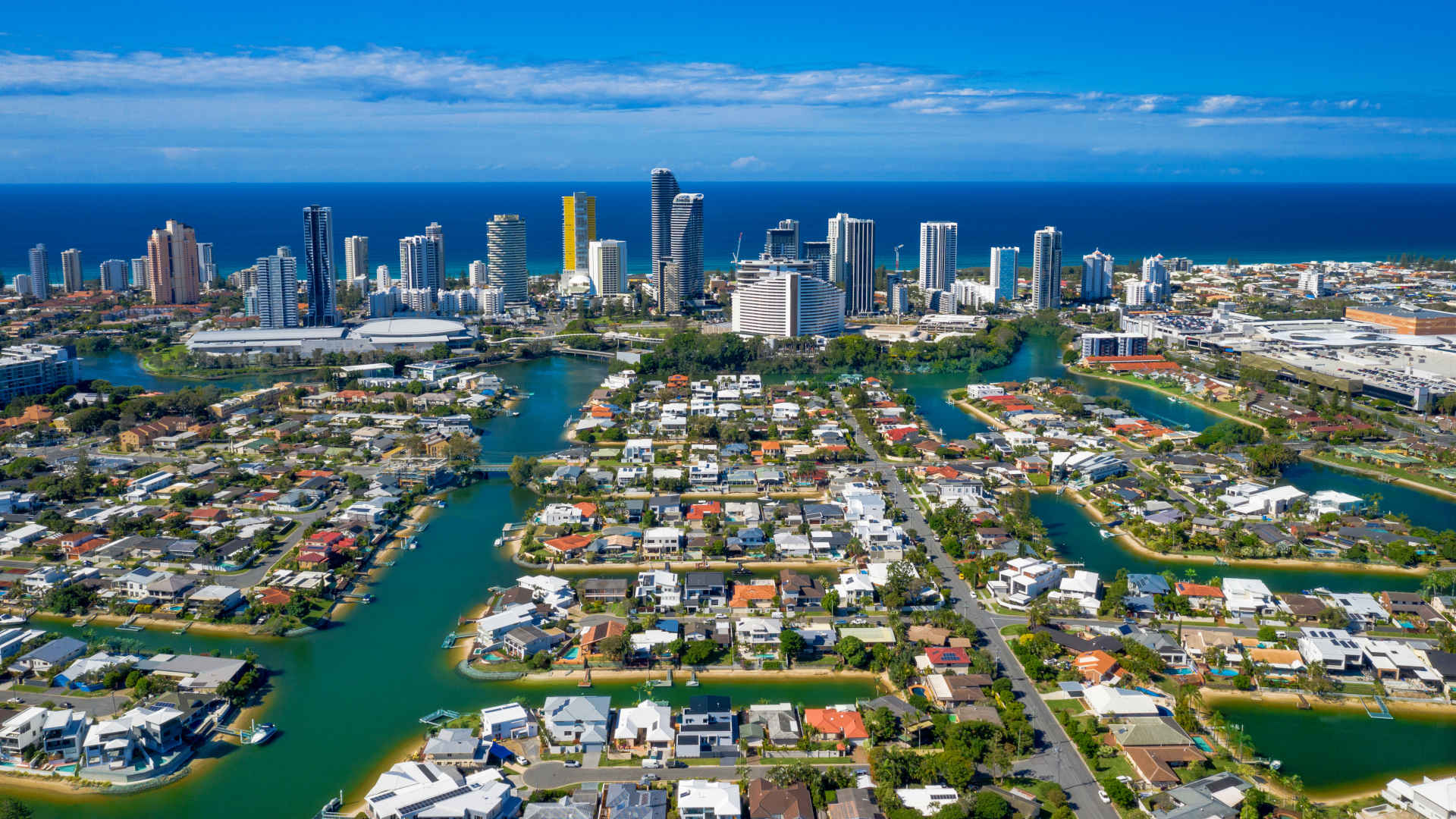 The value of prestige properties on the Gold Coast is expected to experience solid growth in 2021. Photo: Shutterstock