Residential
15-5-2020
Home building activity has been steadily declining in WA since 2014-15. Photo: Shutterstock

WA state government agency the Housing Industry Forecasting Group today confirmed the COVID-19 outbreak had halted a just-starting recovery in new homebuilding, revising its forecasts to just 12,500 new houses or apartments to be built in 2019-20.

“We were confident 2020-21 was going to be the turning point, and that may still be the case, however, any recovery will now take longer than previously forecast, largely due to the impact of COVID-19 on population growth, employment and consumer confidence,” HIFG chair Steven Rowley said.

“The industry was hoping 2020 would be the start of a sustained recovery. Those hopes have been dashed in the short term.”

Ms Steinbeck said market stimulus and tax relief such as broadening WA’s 75 per cent stamp duty rebate for off-the-plan properties to the entire market would assist buyers and bolster confidence.

“While prioritising infrastructure delivery and streamlining approvals processes is paramount, UDIA WA is supportive of tax reform including broadening the stamp duty rebate scheme to all properties and extending its period of operation in the short term.”

Ms Steinbeck said UDIA was also keen for the state government to investigate the possibility of replacing stamp duty altogether with a new land tax system.

“Replacing stamp duty with a broad-based land-tax would strengthen demand and reduce the barriers to people moving home,” she said.

Ms Brewer said supporting new housing construction has a multiplier effect, with every dollar of residential construction activity generating $3 across the economy.

“Creating new homes, apartments and retirement living units is one of the most powerful job keepers and job multipliers across the Australian economy,” Ms Brewer said.

“We also support the state government’s commitment to pursuing an efficient, consistent and robust planning system and we’d urge it to consider what more can be done to ensure job-creating large projects aren’t held up for years in approvals processes.”

Nationally, data from the Australian Bureau of Statistics showed the coronavirus crisis had halted recoveries in new home building across the country, but not to the same extent as in WA.

The ABS figures, released May 6, showed approvals for new homes fell by 4 per cent in March, as compared with February, with apartment and unit approvals plunging by 8 per cent.

Master Builders Australia chief economist Shane Garrett said COVID-19 had begun to affect everyday life in a profound way in the second half of March.

“Residential building activity is hugely dependant on consumer confidence and the near-evaporation of this can be seen in the latest results,” Mr Garrett said.

“In the absence of targeted government stimulus, it is likely that new home building starts are likely to continue falling fast and we forecast that they will bottom out at about 116,000 during 2020-21.

“This would make next financial year one of the weakest on record for new home building.”

Master Builders Australia has lobbied for a $40,000 grant for first homebuyers among a suite of policy proposals to stimulate activity.

“As the economy’s largest source of full-time jobs and small business activity, construction will be a central plank of the economic recovery post-COVID-19.

“Governments need to get the ball rolling on this immediately.” 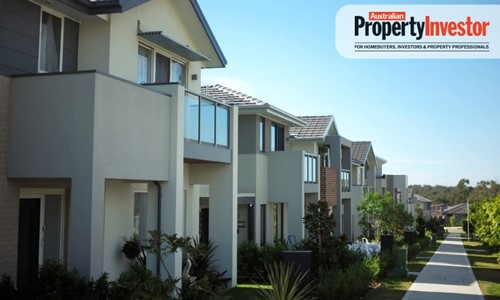