But with more than 650 suburbs in the Greater Sydney metropolitan area, there remain some lesser-known locations that can provide a value proposition for residential…

But with more than 650 suburbs in the Greater Sydney metropolitan area, there remain some lesser-known locations that can provide a value proposition for residential investors, according to Herron Todd White director Matthew Halse.

Close to the inner city, Mr Halse said Chippendale was one of those suburbs, with the area benefiting from several recent urban regeneration projects but also having properties that represent good value.

Mr Halse said future growth fundamentals in Chippendale included its proximity to universities and other educational institutions, public transport and of course the CBD.

“Land surrounding the nearby central station is touted for redevelopment into a tech hub, further contributing to future growth prospects in the area,” Mr Halse said.

“While Chippendale is well positioned, the area’s past reputation does weigh on its current standing in the market.

“Proximity to educational institutions has meant that the suburb has relied somewhat on students for its tenancy profile, leading to a renter’s market during most of 2020 and into 2021, which has weighed on the investment grade properties in the area.”

For those looking for a bargain, however, Chippendale’s median house price of around $1.55 million, according to CoreLogic, remains eight to 10 per cent cheaper than some of its pricier neighbours, such as Redfern or Ultimo.

With a solid run of medium-density development gentrifying the area over the past two decades, Mr Halse said Mortlake’s relative affordability compared to neighbouring Breakfast Point and Cabarita would appeal to both investors and owner-occupiers.

“The main negative aspects of Mortlake include the remaining industrial properties and the larger-scale developments which have typically been less appealing than developments in the adjoining suburb of Breakfast Point,” Mr Halse said.

“Breakfast Point is also an established master planned community, which is distinctive and tends to stand out due to its unique characteristics.

“Overall, the suburb of Mortlake does not have the same feel as the superior adjoining suburbs, however, this is likely to change over the coming years as the last of the industrial property makes way for further new developments and public amenity.”

With Sydney’s eastern suburbs the epicentre of rapid price growth, Mr Halse said it was difficult to find locations that weren’t running hot.

But flying under the radar is Eastlakes, located east of the airport and around eight kilometres south of the CBD.

“The vast majority of existing units are 1960s and 1970s two-bedroom, one-bathroom units, although there is an increasing number of new units entering the market,” Mr Halse said.

“The new retail and dining precinct is likely to lead to increased demand from first homebuyers and investors for these existing units.”

Like the eastern suburbs, Sydney’s Northern Beaches are in high demand, and property prices are acting accordingly.

But one suburb that may be overlooked by property buyers is Elanora Heights, according to Mr Halse.

“It is a quiet suburban neighbourhood bordering Ku-ring-gai National Park and Narrabeen Lake,” he said.

“The suburb has plenty to offer the family and provides that beach lifestyle just outside the hustle and bustle of the busier beachside suburbs.”

Mr Halse said the suburb’s easy accessibility via the Wakehurst Parkway and Mona Vale Road and its lower median house price compared to other Northern Beaches suburbs added to its appeal for buyers.

On Sydney’s Upper North Shore, Mr Halse said it was difficult to find properties worth less than $2 million.

However he identified West Pymble as one pocket of the North Shore that currently offers relative value.

“The suburb of West Pymble has always seemed to lack the shine of some of the suburbs within close proximity such as Killara, Gordon and Pymble,” he said.

Mr Halse said the median house price of around $1.8 million at the end of March may not stand out immediately as being under-valued, when compared to surrounding suburbs there was certainly a value proposition for buyers.

“These comparison suburbs certainly have superior positioning, all benefiting from close proximity to the Upper North Shore rail stations and the amenities located on the Pacific Highway.

“West Pymble is considered to be isolated from this infrastructure but the price level still represents very good value for the affluent Upper North Shore, being located only 15 kilometres from the Sydney CBD.”

Mr Halse said he believed West Pymble’s prospects for price growth were strong, with demand likely to come from those looking to get a foothold in the blue-chip Upper North Shore market.

“The suburb has experienced some good growth over the past 12 months, but with the large disparity in surrounding suburb median prices, we believe there is plenty of potential for future price growth,” he said. 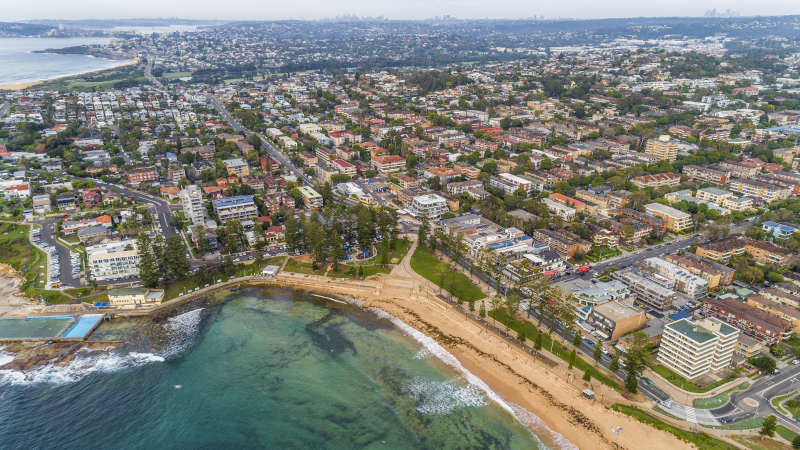