Chief executive Nathan Blackburne said he believed property markets across Australia were on the cusp of a resurgence of investor activity, and Cedar Woods is acting accor…

Chief executive Nathan Blackburne said he believed property markets across Australia were on the cusp of a resurgence of investor activity, and Cedar Woods is acting accordingly to ensure it can capitalise on the growth of demand.

With house and land markets in 2020 being punctuated with a burst of stimulus-enhanced transactional activity, Mr Blackburne said the ASX-listed developer’s initial expectations would be that things would slow down once the federal government’s HomeBuilder scheme, and various state government initiatives, expire in coming months.

“Our initial thoughts were that 2021 was going to be quiet because of the pull-forward of demand, but given the depth of the demand and the positivity in the market around the country, we have revised that view and expect conditions to be quite buoyant in 2021 across the four markets that we operate in,” Mr Blackburne told Australian Property Investor Magazine.

“What we are seeing in the markets that we operate in is a very favourable buying environment for investors, with the supply of new rental properties being very low, and vacancy rates at near record lows,” he said.

“The vacancy rate for Adelaide and Perth is sub 1 per cent, and the vacancy rate in Brisbane is declining sharply, with prospective tenants around the country finding it increasingly difficult to secure a property.

“We think this bodes well for investors to enter the market with a strong story around the ability to secure a tenant and potential rental growth.

And instead of the building stimulus expiry dates, it is another looming deadline related to COVID stimulus that Mr Blackburne said would likely have a more influential impact on property markets.

Moratoriums on rental increases and evictions are set to be lifted in February in South Australia, and by the end of March in Western Australia and Victoria, a regulatory change that Mr Blackburne expects will catalyse investor interest.

“It has been affecting investor demand, so as the moratoriums fall away, it will give investors confidence,” he said.

“The other trend is expats returning - this has boosted demand for our products around the country significantly.

“These expats would normally rent, but because there is such a tight rental market around the country, they are turning to buying instead."

Against that backdrop, Cedar Woods is aggressively hunting new acquisitions in Perth, Adelaide, South East Queensland and Melbourne, with the latter two markets at the top of its priority list.

“We have ambitions of a more geographically-balanced portfolio, noting that half of our portfolio at present is in Perth,” Mr Blackburne said.

“Secondly, we expect South East Queensland to be the strongest performing east coast market, driven by the relative affordability of that market compared to Sydney and Melbourne.”

Cedar Woods, which has a market capitalisation of around $511 million, recently announced the acquisition of its newest estate, a 21.7 hectare site in the northern Melbourne suburb of Wollert, paying $30 million to buy the parcel from a private landowner.

The landholding is adjacent to Cedar Woods’ existing Mason Quarter estate, and is expected to yield around 800 lots and two schools.

Mr Blackburne said the Mason Quarter estate had been selling well since its November launch, with buyers attracted to Wollert’s relative proximity to the CBD compared to other Melbourne growth corridors, as well as its retail amenity and natural attributes.

“We're confident that the Melbourne land subdivision market will benefit from continued housing demand and perform well as Victoria continues its economic recovery,” he said.

“The last couple of months, as Melbourne came out of lockdown, were buoyant.

“Given the strength of the stimulus on offer from both the federal government and the Victorian state government, that positivity has continued into 2021, with early indications of conditions remaining strong.”

Mr Blackburne said while conditions were competitive among developers looking for land, there were fewer prospective buyers of large-scale subdivision sites active in Cedar Woods’ key markets as compared to 12 to 24 months ago.

“This has reduced the number of active bidders for development sites around the country.

“Cedar Woods has a corporate finance facility of $200 million, with significant headroom in that facility at present, putting us in a strong position to make cash or terms offers to willing vendors around the country.” 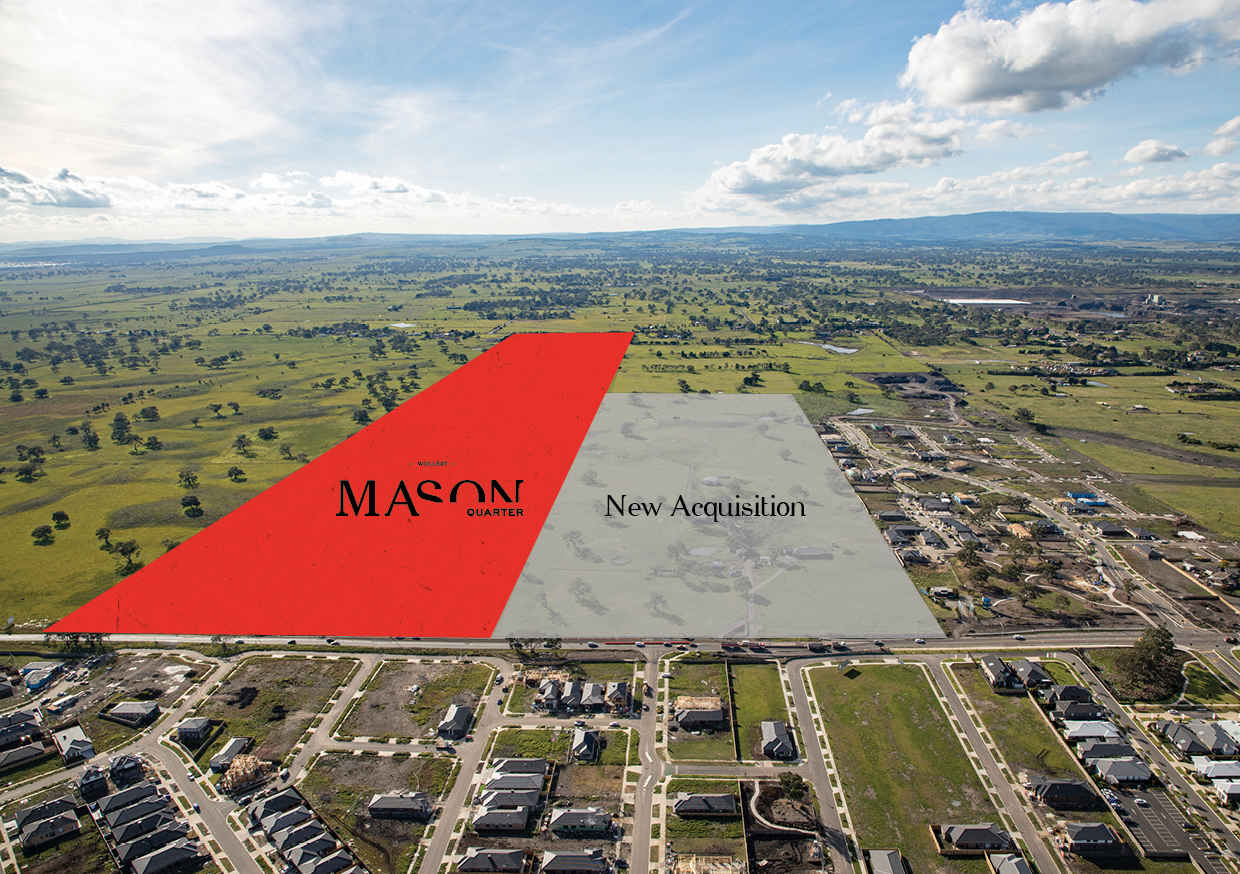