While the Commonwealth Bank of Australia and Westpac reduced interest rates for fixed rate customers, varia…

While the Commonwealth Bank of Australia and Westpac reduced interest rates for fixed rate customers, variable rate clients of the Big Four banks have been left waiting after the RBA slashed the official cash rate to 0.1 per cent this week.

Market analysis by Canstar revealed that if the banks passed on the cut in full, a customer with a loan of $400,000 would save $33 per month, or $396 annually.

“Governor Lowe has said he believes this rate cut will be passed through as people refinance or renegotiate their home loan, but he’s forgotten about the thousands of Australians who aren’t in a position to do so,” Ms Tindall said.

“These are the people who need this rate cut, but based on the response from the banks so far, they’re precisely the ones who are going to miss out.

Ms Tindall said variable rate customers should consider asking their bank for a rate cut to match what they are offering new customers, or consider refinancing if they are in a position to do so.

Analysis by Mozo showed the big banks had cashed in on their reticence to match RBA rate cuts, raking in $109 million this year and $1.2 billion since 2011.

The research showed the average delay for banks to cut rates after the RBA’s previous movement in March was 19 days, with 69 lenders across Australia passing on the cut in full, and a further 12 offering partial reductions.

Mozo director Kirsty Lamont said the biggest challenge for mortgage holders would be to get comfortable with the names of smaller lenders, who are offering the most competitive rates.

“Unfortunately though, not everyone will be able to refinance their home loan as a weakening jobs market has left some mortgage holders stuck paying higher interest rates through their existing lender,” Ms Lamont said.

Market analysis by Finder found the average standard variable rate for a Big Four bank was 4.04 per cent, while the lowest variable rate on offer currently is 1.77 per cent through boutique lender Reduce Home Loans.

Finder insights manager Graham Cooke said the RBA’s cut was an opportunity for smaller lenders to compete for borrowers’ attention.

“It’s time to shine for smaller lenders,” Mr Cooke said. “The Big Four so far have been slow to announce changes to standard variable rates.

“We’ve seen a few lenders wade into sub-2 interest rates and Reduce Home Loans has lowered their already low rate to 1.77 per cent.

“The question on everyone’s lips now is ‘how low will lenders go’? This latest rate cut shows smaller lenders are setting the benchmark.”

ABS data showed owner-occupier lending hit a record high in September, with the total value of loans for new and existing loans totalling nearly $16 billion, a 12 per cent increase from August.

Research by Canstar shows lenders have been cutting rates consistently in 2020, with its database showing 94 cuts to variable home loan rates this year, at an average of 0.36 percentage points.

Fixed rates have been cut by an average of 0.67 percentage points, by 72 lenders, Canstar said. 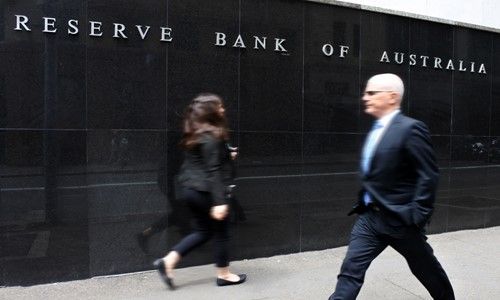