4 min read
7-10-2020
A Clique Living home appears to be a traditional family house from the street, but its interior is tailored for shared living. Image: Gallery Group

The homes, which look like a typical suburban house from the outside, include a wide range of amenities, essentially creating private spaces for each tenant.

Features include ensuite bathrooms in each master-sized bedroom, zoned ducted air conditioning with controls in each room, solar panels to keep electricity costs down, additional cabinetry and storage space in the kitchen and two washing machines and dryers in the laundry.

To ensure the homes are harmonious, Clique undertakes personality profiling to match housemates, while also maintaining a balance between the number of couples and singles in the house, and the number of car owners.

Gallery Group chief executive Adam Barclay said the concept was developed after thorough analysis of lone person households, which the company had identified as one of the fastest growing demographics in Australia.

“There is a growing number of individuals that are living alone, and a lack of accommodation for those people, particularly when one considers the housing affordability issue that we have in Australia,” Mr Barclay said.

“A large percentage of the homes that are built are four bedroom, two bathroom, double garage homes, and Australia-wide our average population per household is 2.2.

“Yet we are building four bedroom homes, so there is a real mismatch in terms of what is being built and what’s needed in the marketplace.”

“If you just use Flatmates.com.au as the benchmark, there are just over 13,000 people advertising for somewhere to live,” he said.

“If you assume that they have 40 per cent market share, that’s more than 30,000 people looking for somewhere to live in shared accommodation.”

While the Clique homes, which are 228 square metre dwellings with five bedrooms, cost more to build than a traditional four bedroom house typical in Australian suburbs, investors have been attracted to the potential positive cash flow opportunity the concept presents.

Each room is rented at a rate of $275 per week, or a similar rent to a one-bedroom apartment in the area in which the house is built.

Mr Barclay said the $1,375/week for a fully tenanted Clique house provided a much more substantial return to an investor than a traditional 4-bedroom house.

“It totally changes the return available for an investment property,” he said.

“If you were to compare it to a traditional four bedroom home, that might provide a gross yield of 4.5 per cent to 5 per cent, which would come back to a 2.5 per cent to 3 per cent net return after costs.

“The Clique product provides an approximately 12 per cent gross yield, and will show something in the order of a 9 per cent net return.”

“If someone was to borrow all of the money to buy the property, if they borrowed the full purchase price, the purchase price, stamp duty, all of the legals, plus the cost of the furniture package that goes with it, which is about $55,000.

“When you run the financial modelling over that, it will still show a positive cash flow in excess of $530 per week.

“What it in fact does, if people buy this property, it gives them the capacity to go and buy another one, or it adds to someone’s income.

Clique currently has three homes under construction in South East Queensland, while Mr Barclay said there had been considerable interest in the product from investors and tenants alike in Melbourne.

And contrary to the commonly-held belief that shared houses are the realm of university students and young adults, Clique houses are not designed for student accommodation.

Instead, the houses will be built in growth corridors close to employment hubs and other amenities such as transport infrastructure and major retail centres.

Mr Barclay said the company’s research had revealed that the average age of an Australian living in a share house was 32, and that a big proportion of those living in shared accommodation had done so for more than five years.

“These are people that have made a life decision of how they want to live, but there is no accomodation that’s designed to suit their needs,” he said.

“Our product has been designed based on the feedback of tenants and what they want or what they would like in a property, it’s comfortably designed to meet the needs of a tenant, and as a result of that, it provides a superior return to investors.”

If you would like to explore the investment potential of a Clique home, go to CliqueLiving.com to register your interest. 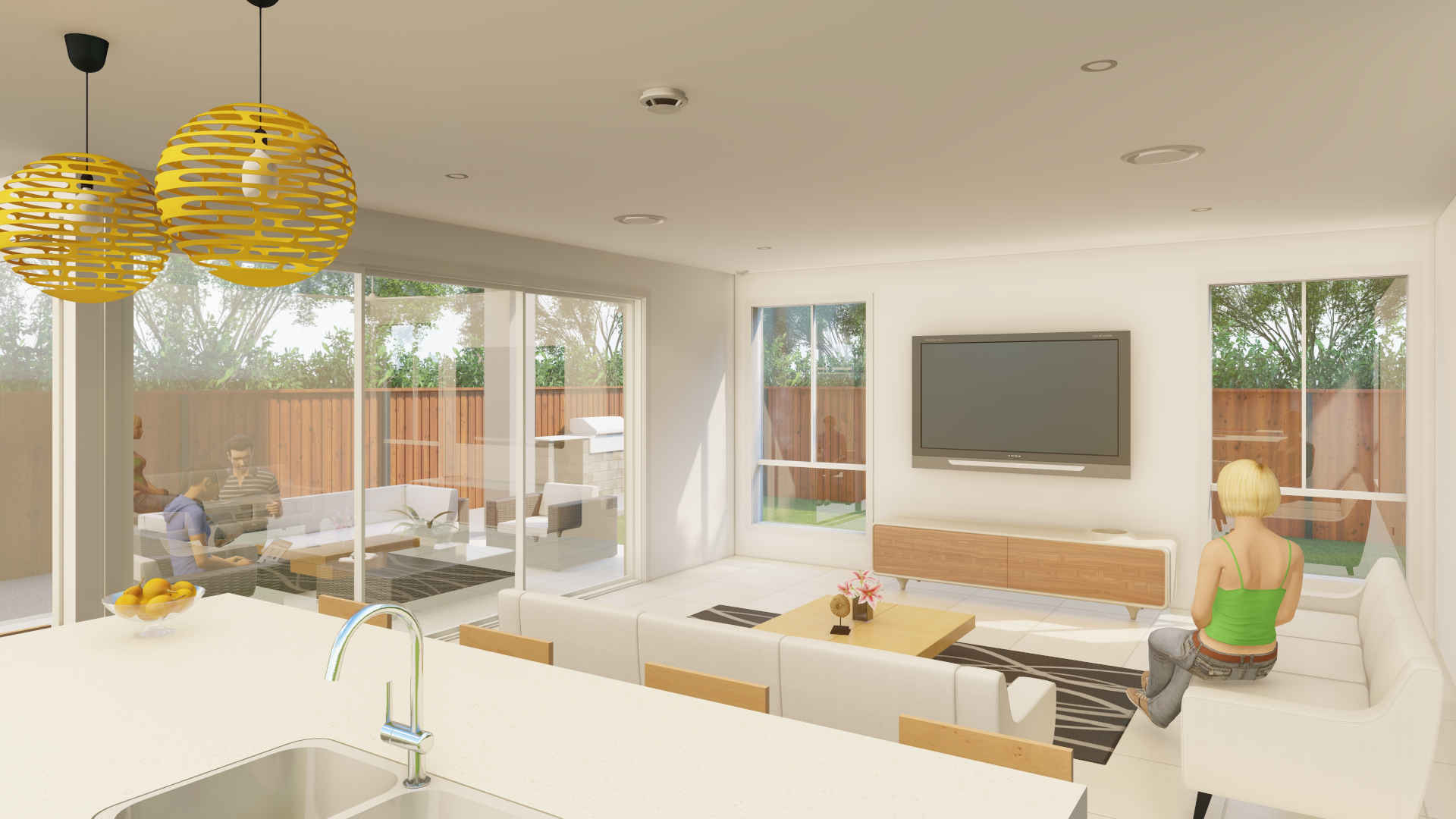 Multiple private areas are a key component of the Clique co-living concept.