Affordability issues and shifting social priorities have led to a migration to the regions and caused more than 60 per cent of prospective first home buyers to give up on ownership altogether.

By Craig Francis Editor
| 2-6-2021 | Residential | 4 min read
Having a large home on a big block is no longer considered to be a big priority for many Australians. Photo: Shutterstock

Released this week by Real Insurance, The 2021 Real Home Survey quizzed more than 5,000 Australians, exploring how the traditional family home is changing and revealing that just over four in 10 families are in the process of relocating or considering moving in the short-term, setting the pace for a nation of families on the move.

The data also found that the cost of living (26.2 per cent) was one of the strongest motivators for relocation, followed by the desire to live a more relaxing lifestyle (24.7 per cent), and own an investment property (21.6 per cent).

The most sought-after properties centre around a relaxed state of living, with outer suburban areas (23.1 per cent) and coastal properties deemed most desirable, as almost two-thirds (64.8 per cent) consider relocating to areas within 30 minutes of a coastline.

Over the last two years, one in 10 (9.1 per cent) have already relocated, with more than a quarter (27.5 per cent) relocating interstate. Queensland (32.0 per cent) has been the most popular destination, followed by New South Wales (26.9 per cent) and then Victoria (17.1 per cent).

The research suggested there was little sign of this trend reversing in the near future, with more than a third of respondents also considering the city-to-regions move over the next few years.

The traditional Australian Dream of owning a home has been usurped, with people now prioritising their wellbeing. Owning a home is now ranked as a secondary priority (8.3 per cent raking it their top goal), in comparison to staying healthy and enjoying life (ranked first at 23.7 per cent).

According to Professor of Property and Housing Economics at the University of South Australia, Chris Leishman, there is evidence younger generations see things differently to their predecessors.

“The Baby Boomer generation (born 1946-1964), and to a lesser extent Generation X (1965-1980), strongly associated financial stability in retirement with home ownership and were determined to become homeowners as soon as possible,” he said.

“They value health, wellbeing and lifestyle more highly, but they do still want financial stability – it’s just that they are no longer convinced that this can only be achieved through home ownership.”

“Of course, this is also partly driven by realism and the fact that the housing affordability crisis we had before the pandemic has actually become much worse as the economy has recovered more strongly and quickly than many commentators predicted.”

Among those looking to become homeowners, more than 90 per cent were finding it hard to get on the property ladder while more than 60 per cent have given up on the dream altogether due to affordability issues.

The Australian Bureau of Statistics’ latest internal migration data shows that Australia’s capital cities lost around 22,000 residents over the September and December quarters of 2020, led by sharp falls across Sydney and Melbourne.

New research from CoreLogic shows that the rise of the regions has been driven more by locals choosing to stay put than city dwellers opting for a regional change.

CoreLogic also believes recent migration patterns favouring the regions may only be temporary.

Assuming COVID-19 remains well contained, and life in Australia returns to some kind of pre-COVID ‘normality’, more people may make the move to cities through 2021, the CoreLogic report said.

“On the other hand, increased affordability pressure in capital cities, combined with a new normalisation of remote work for some, may create longer-term interest in regional Australian housing markets, especially those within commuting distance of the larger capital cities,” it concluded.

Data published by MacroBusiness revealed that by 23 May, total listings for sale in regional Australia totalled 60,141, compared to an average in the previous five years of 102,717.

The lack of supply amid increased demand for regional property has contributed to an acceleration in property values.

The Real Home Survey determined that interstate moves are typically driven by younger individuals moving to other metro areas, with seven in 10 aged between 18 and 49 years old.

The biggest difference in motivations for those moving interstate included access to work opportunities (13.0 per cent), re-evaluating things after the pandemic (16.1 per cent) and facilitating working from home (10.3 per cent).

Whether these factors provide the same incentive to move to the bush or beach if or when COVID concerns are allayed is yet to be seen.

Greenstone head of communications, content and research Therese Waters said the research shows a refreshing and interesting perspective around the shifting priorities of the post-pandemic Australian, with the last year leading to an increased focus on health, wellbeing and finances.

“Our research tells us that the way we are living has changed and continues to change, particularly with many companies facilitating remote work, allowing families to experience more flexibility and freedom regarding where, and how they want to live.” Ms Waters said.

“2020 truly showed what is important in life and because of that, Australians are looking to lead healthier lifestyles but at the same time, families experienced a natural shift in where they reside and what they now find important.”

The 2021 Real Home Shift survey is the twenty-first instalment in a series of national studies investigating the shifting values and concerns impacting Australian families. 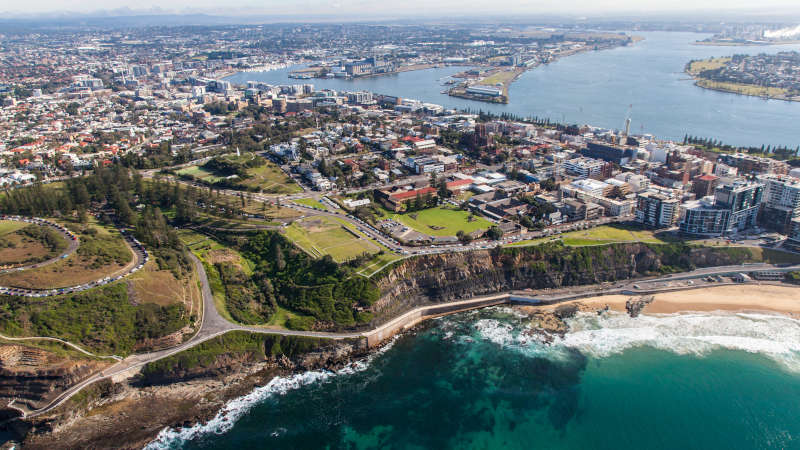 Newcastle has been one of the many regional cities to record a population jump since the onset of the pandemic. Photo: Shutterstock