Tennis courts at the top of the list for prestige buyers

2 min read
16-2-2021
Sales of prestige properties with tennis courts were significantly higher in 2020 than in 2019. Photo: Shutterstock

Tennis courts at the top of the list for prestige buyers

Lifestyle features trumped location in property markets across Australia in 2020, and it was no different at the top end, with sales of premium homes with tennis courts spiking over the pandemic.

Lifestyle features trumped location in property markets across Australia in 2020, and it was no different at the top end, with sales of premium homes with tennis courts spiking over the pandemic.

Usually tightly held, sales of super-prime properties with tennis courts rose sharply over the pandemic, with the 38 sales up more than 170 per cent on 2019, according to research by Knight Frank.

Generally defined as the top 1 per cent of each market by value, super prime properties make up the most desirable and expensive homes in a given location.

“In 2020, Sydney saw $436.6 million of tennis court-featured super-prime sales across 22 transactions, although this total volume fell short by 3 per cent of surpassing its highest volume reached in 2018,” Ms Cieselski said.

“Melbourne was next with $134.6 million worth of sales last year across nine transactions, although its greatest volume was recorded in 2016 at $156.2 million.”

The Gold Coast lifestyle became more popular through COVID-19 resulting in last year being the only year in the past give to register any super-prime sales accommodating tennis courts, with a volume of $50 million – outperforming both the Brisbane and Perth markets, which recorded $20.1 million and $41.5 million in sales value.”

Top suburbs for super-prime tennis court sales were Toorak in Melbourne, where 39 properties transacted, Bellevue Hill in Sydney, where there were 23 sales, and Sydney’s Vaucluse and Mosman, where 16 properties in each suburb changed hands.

Knight Frank national head of residential Shayne Harris said the interest in tennis courts could be tied to the shift in buyer behaviour due to COVID-19, with purchasers seeking lifestyle benefits in lockdown.

“Australians transformed the way they lived in 2020 due to COVID-19, with the role of the homeexpanding to become a place of work, education and vacation due to periodic lockdowns during the pandemic,” he said.

“Our research conducted a few months into the pandemic found 66 per cent of global residentialbuyers listed outdoor space as the top factor to be considered when choosing a home, and we have seen a corresponding rise in interest in super-prime properties with tennis courts. 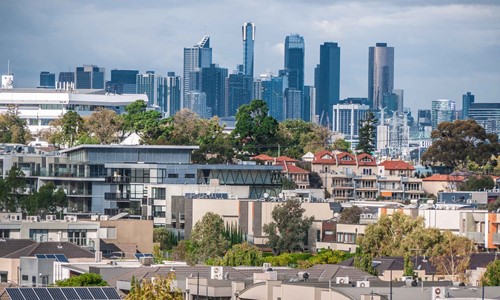