Capital growth in Sydney’s housing market has doubled that of units in the year to date, with the Harbour City recording a nation-leading 20.9 per cent uplift in house values so far in 2021, according to CoreLogic.

But recent research by the Housing Industry Association unearthed some surprising strength in Sydney’s multi-residential market, even as the median value of units rose by a more pedestrian 10 per cent in the first seven months of the year.

“This suggests the underlying shortage of apartments in Sydney was far greater than previously thought,” he said.

“Investor activity has also emerged. These buyers are looking through the haze of the pandemic in anticipation of a return of overseas migration.”

On the Lower North Shore, a recent penthouse sale neatly illustrated the depth of buyer demand, setting a new per-square metre record for the prestigious area.

Luxury developer JQZ said the first penthouse at its 88 by JQZ development, currently under construction in St Leonards, sold for $10.5 million, equating to $52,239 per sqm.

Apex Investment Alliance managing director Denis Wan, who is handling marketing on behalf of JQZ, said he and his team were surprised at how quickly the buyer moved after being presented with the opportunity.

“The sales contract was exchanged in just seven days from when the penthouse was unveiled to a select group of potential buyers at an event on Friday, June 11, so this buyer certainly didn’t waste any time,” Mr Wan said.

“Penthouses are a big trend at the moment but there’s a limited supply, particularly on the Lower North Shore. That’s why they are achieving such impressive figures.

“I won’t be surprised if we continue to see record prices, as we have more buyers than penthouses available.”

One of the biggest projects added to Sydney’s development pipeline is Avenor’s latest luxury apartments tower East Walker Street, which recently got the green light from planning authorities.

East Walker Street will comprise a 30-storey tower containing 280 apartments, to be built in the heart of North Sydney at 175 Walker Street.

Avenor managing director James Paver said he believed the timing was right to advance the project, which has been in the planning phase since 2017 when the developer started amalgamating several separate plots to facilitate its development.

“The economy is obviously on the back foot right now, but the way we view it, commencement of construction and sales next year can capture some of the COVID recovery, and completion will be timed perfectly with the opening of the North Sydney metro station in 2024,” Mr Paver told Australian Property Investor Magazine.

“The key to our economic recovery will be the migration tap.

“At some point, whether it’s in the next six months or 12 months, the migration tap will be turned back on again.

“That’s been one of the biggest drivers of the development industry in the past and of course it’s been turned off, so when it gets turned back on, that’s what’s going to get us going again.

“In this case, while detached housing and land sales are running hot, we think that the new unit stock could be hot on its heels”.

Mr Paver said the project would be tailored for downsizers and empty nesters in North Sydney, but he expected East Walker Street to have similarly strong appeal for investors.

“It’s the holy grail of great views and great location,” he said.

“To get a tower of this scale with harbour views but also won’t be built out to the north is an excellent combination.

“And to have this sort of stock near one of the Metro stations but on the North Shore, it’s definitely a rare but highly sought after product.

“Product design will need to be tailored to a mix of buyer types, but the natural weight of it will be the downsizer and owner-occupier market.

“But in this sort of location, investors will no doubt want some of this stock as it is such a rare product.

“Not only for the great views that can’t be built out, but for its excellent accessibility - only 3 minutes by metro to Barangaroo and 5 minutes to Martin Place, and it connects directly to the new Western Harbour Tunnel and the Sydney Orbital north and south."

Also mobilising to capitalise on future demand is Top Spring Australia, which recently lodged a development application for a five-building, 329-residence precinct in St Leonards on the Lower North Shore.

Designed by leading architecture firm Bates Smart, the buildings making up the Lane Cove precinct will be ‘stepped’ in height to accommodate the Holdsworth Avenue site’s significant gradient and to maximise views of the adjacent parkland.

Top Spring Australia general manager Sydney Ma said part of the developer’s vision was to incorporate and enhance the character of the St Leonards area.

“Here, we want to create an ecologically responsible, vibrant new community, nestled within lushly planted corridors, edges and setbacks, to further enhance not just Newlands Park, which the project faces, but also the other existing green spaces in the St Leonards area,” Mr Ma said.

“Inspired by the local Cammeraygal creek corridors, our façade approach interprets the contrasting conditions of the rocky fern gullies and vertical eucalypt forest.

“This is achieved with the bases of the buildings having a heavily planted sandstone plinth, above which vertical façade columns contrast with floating horizontal edge beams.

“The buildings will sit comfortably within the urban environment of St Leonards, as well as the bushland quality of the surrounding area, with the material palette using a natural, robust, earthy selection of materials and finishes.”

A requirement to have a positive cash flow investment led investor Diana Simos to Woolooware Bay, a waterfront apartments precinct being developed by Aoyuan International and Capital Corporation in the Sutherland Shire.

Sales have been running hot at Woolooware Bay, which is a four-stage precinct being constructed surrounding PointsBet Stadium, formerly known as Shark Park, and named after the suburb in which it is located, Woolooware.

Colliers International national director of residential projects Blake Shulze, who is coordinating marketing for the development, said 150 sales had been recorded this year alone, with interest on the rise from both owner occupiers and investors.

Mr Shulze said more than $194 million worth of sales had been recorded at the fourth stage of the project, known as Bayview, with 25 per cent of those going to investors.

Thirty-one year old Ms Simos is one of those investor buyers, taking the plunge into property investment in December after she and her partner had been owner-occupiers at Woolooware Bay for several years.

“We have been trying to find a house for ourselves as owner-occupiers but it is so difficult because a house doesn’t have three pools and a sauna, it will be very hard to move out of our apartment.

“The facilities we have in this complex, in all of the surrounding suburbs no one has these facilities at all.

“Supply is very limited too - in Woolooware, you can’t really build any more apartments, once this project is completely built, that’s it.

“So we thought another apartment would be a good investment because if we love living here, we are sure that someone else would.

“And also if you look at the rental market, as soon as a property gets listed it gets snapped up within a week - there is hardly anything to rent.”

Ms Simos said the Woolooware Bay investment had given her the confidence to buy another apartment, with a second rental property in Canberra soon to be added to her portfolio.

“Our strategy has been to focus on cash flow rather than capital gain, that way we can partake in investment with little impact to our personal discretionary spending,” Ms Simos said.

“We live in Sydney and the property market here has become completely unaffordable for first homebuyers to get into the market, so we thought we would take a different strategy.

“We have a two-bedroom apartment plus a study, we don’t need the extra space at the moment, so while we don’t, it’s better to have these investments that pay for themselves so that in the future we will own them and not be tied down to a 30 year loan for life.” 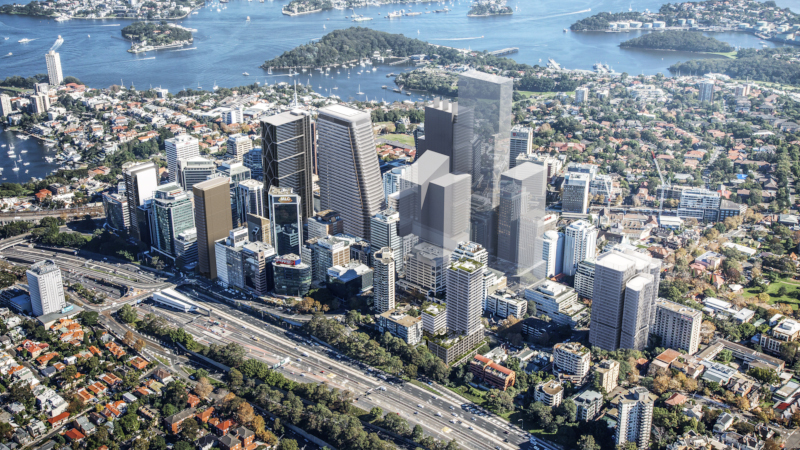 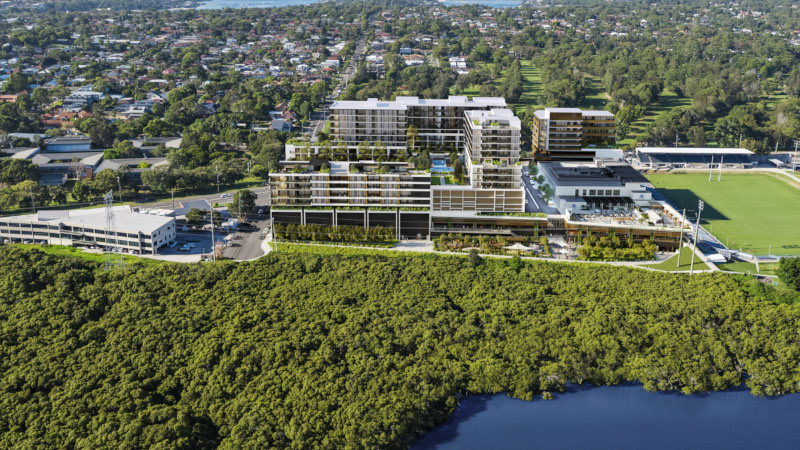 Woolooware Bay will be one of the last significant apartments projects to be built in Woolooware. Image: Aoyuan International