By Dan Wilkie, Journalist
| 11-12-2020 | Residential | 7 min read
Buyers are clamouring to get a slice of Queensland's Sunshine Coast. Photo: Shutterstock

South East Queensland is shaping up to be a strong bet for investors, with properties from the Gold Coast to the Sunshine Coast selling fast and on a solid foundation for capital growth in 2021.

South East Queensland is shaping up to be a strong bet for investors, with properties from the Gold Coast to the Sunshine Coast selling fast and on a solid foundation for capital growth in 2021.

For much of 2020, it has seemed like just about everybody in Australia wants to move to Queensland.

As the pandemic began, so did a major demographic shift to the Sunshine State, with a recent report from the Australian Bureau of Statistics showing Queensland has had a net gain of more than 22,000 people in 2020, nearly double its 10-year average of 12,409.

Demand for houses is ramping up quickly as a result, erasing any predictions of property price plunges and pivoting them to prognostications of significant capital growth.

ANZ recently said it was expecting Brisbane house prices to grow by 9.5 per cent in 2021, with the Queensland capital likely to battle with Perth for the title of Australia’s property market leader in the coming months.

As well as Queensland’s enviable lifestyle and the state’s ability to suppress the coronavirus, buyers have been attracted to a rising, and reasonably affordable, property market.

CoreLogic’s latest data showed Brisbane properties’ average days on market for the three months to the end of September were just 45 days, while the city’s median dwelling price was just over $515,000 at the end of November.

Price growth for Brisbane in the year to November 30 was 3.2 per cent, while dwelling prices in regional Queensland were up 6 per cent over the 12 month period, CoreLogic said.

Gross rental yields in Brisbane sit at 4.2 per cent, while yields in regional Queensland at the end of November were 5.2 per cent.

Combine Queensland’s unique factors and market characteristics with historically-low interest rates, surging consumer confidence, and billions of dollars in infrastructure investment, and the scene is set for a property boom.

Mosaic Property Group managing director Brook Monahan is one property developer cashing in on the Queensland’s real estate rise, with his company’s projects among some of Brisbane’s fastest selling in 2020.

Mr Monahan said 85 per cent of its $92 million The Sinclair in East Brisbane sold over the pandemic, while more than 90 per cent of the 62 apartments on offer at its $72 million The Patterson had sold in the last two months.

At The Patterson, which was designed by architecture firm Rothelowman, the average sales price of the apartments was $1.2 million.

“It’s one of those things where there is no one thing that creates outcomes like that,” Mr Monahan told Australian Property Investor Magazine.

“There are so many moving parts that add up to having a successful project launch like this, particularly in the current environment.

“While things are certainly improving, and quite substantially, the reality is there has been a lot of uncertainty and there hasn’t been a lot of people doing average sales of $1.2 million off-the-plan in Brisbane in the last six months.”

Mr Monahan said Mosaic had made the decision to continue to engage with its clients and push on with its projects, even as doomsday scenarios for Australian property markets were being discussed daily at the height of the pandemic.

“South East Queensland was already in a very strong position going into this, it was sort of on the cusp of a broader based real estate boom prior to COVID hitting, so we knew that once we came out of the other side, providing we dealt with the crisis well and governments managed it well, both here and federally, that we thought we’d be in a good spot,” Mr Monahan said.

“We had a view that we would recover pretty early. While we were cautious, we were still broadly optimistic about where we would get to by late this year and early next year, and that helped us to stay the course with keeping our plans on track for these projects, which turned out to be a good decision.”

The next 14 to 18 months is set to be an even bigger run of development for Mosaic, with around $500 million in new project launches on its books in city fringe and high-value Brisbane locations, as well as close to water locations on the Sunshine Coast and the Gold Coast.

“We’ve got three project launches on the Gold Coast next year, and all in really high-end suburbs connected to the beach,” Mr Monahan said.

“Our markets there are Mermaid Beach and south of the border, including Burleigh.

“We also have two project launches next year in Brisbane’s inner west, both around Toowong, with another next to the shopping centre in Indooroopilly, and then we have got another riverfront project in the heart of the Sunshine Coast.

“These projects were already planned and we have been able to stick to those plans, but we have also added to the pipeline out to 2022 now.”

While acknowledging South East Queensland’s market conditions would be extremely enticing for property investors, Mr Monahan said those with the capacity to buy should remain cautious, even as positive sentiment continues to rise.

Mr Monahan said he expected a reasonably broad-based boom from 2021 to 2024 in South East Queensland, but cautioned that not all market segments would rise at the same rate.

“If you’re an investor, you must be buying product that the local market wants to live in,” he said.

“Don’t buy based on someone telling you a good investment yield story.

“If you’re not buying what the locals are buying into, you are not going to get the same yield or capital growth this cycle.

“It’s going to be a fairly broad-based boom, but I do think the better quality products in the locations which are difficult to replicate with the better developers who are more reputable … the gains are going to be proportionally towards that type of product, rather than just everything.

“Don’t just rush into Queensland and buy whatever you can get your hands on, you have really got to look at and understand the market, and if you don’t, find people who do.”

“The market segments that we are shopping in have literally in the last quarter gone up by 16.5 per cent to 20 per cent - that’s a quarter, not even a year,” Mr Venter told API Magazine.

“Our markets are generally predicted to have around 10 per cent plus growth, we try to aim for 10 to 12, maybe 14 per cent, and that is annually. We weren’t expecting this sort of a jump.

“It’s been very interesting. The markets, as well as the cash returns, are just ridiculous at the moment. It can be very rewarding if you know where to look.”

However, Mr Venter said he believed time was of the essence for those wanting to buy into what he believes will be Australia’s hottest property market in 2021, stressing that those with the capacity to buy should do so before responsible lending rules are relaxed in March.

“I think they should act now, sooner than later, for the pure fact that the markets are going to become very crowded because people want to get into the market and they have seen the opportunity,” he said.

“Once the relaxation of lending rules comes through, it’s going to be a very competitive market.

“So if you can get in right now, it is best you do, because essentially it will be competitive but it will be very rewarding for those that are already in the market because they will be able to reap the rewards from all the demand that’s going to come after March.”

He said his agency had bought at least one house per day for the last several weeks, with local, interstate and international buyers competing fiercely for coastal homes and larger properties.

“In all my years I’ve never seen buying conditions quite like this, we’re seeing properties get snapped up sight unseen and within days of reaching the market,” Mr Piper said.

“As much as 40 per cent of properties are being bought off-market before they even reach a public listing, demand is absolutely booming.”

For Melbourne’s Accrue Real Estate, which has assisted investors to purchase more than 3,000 properties since it was established in 2005, Brisbane is set to be a new growth frontier next year.

Managing director Jason Nevins said the company had recently opened a Brisbane office, with internal forecasts showing 70 per cent of its clients’ spending would be in the River City in 2021.

Mr Nevins said specific areas to invest in Brisbane were the west and south west corridors, with locations 30 to 40 minutes from the CBD to perform the best.

“According to the Property Investment Professionals of Australia, a third of investors predict that Brisbane will become the best capital city to invest in property over the next year,” Mr Nevins said.

“Low interest rates, government stimulus and a surge in consumer confidence has also contributed to the growth in property prices.” 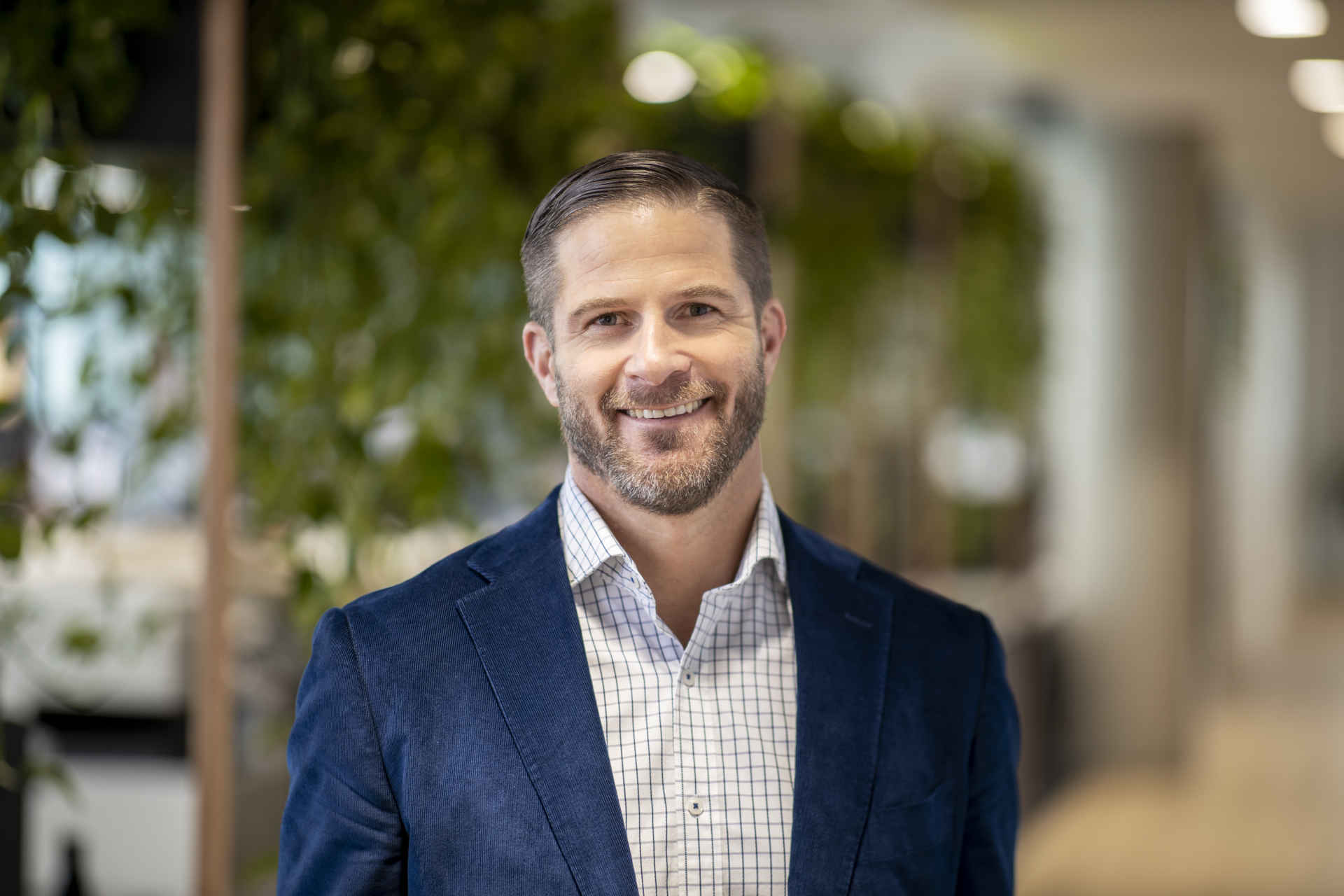 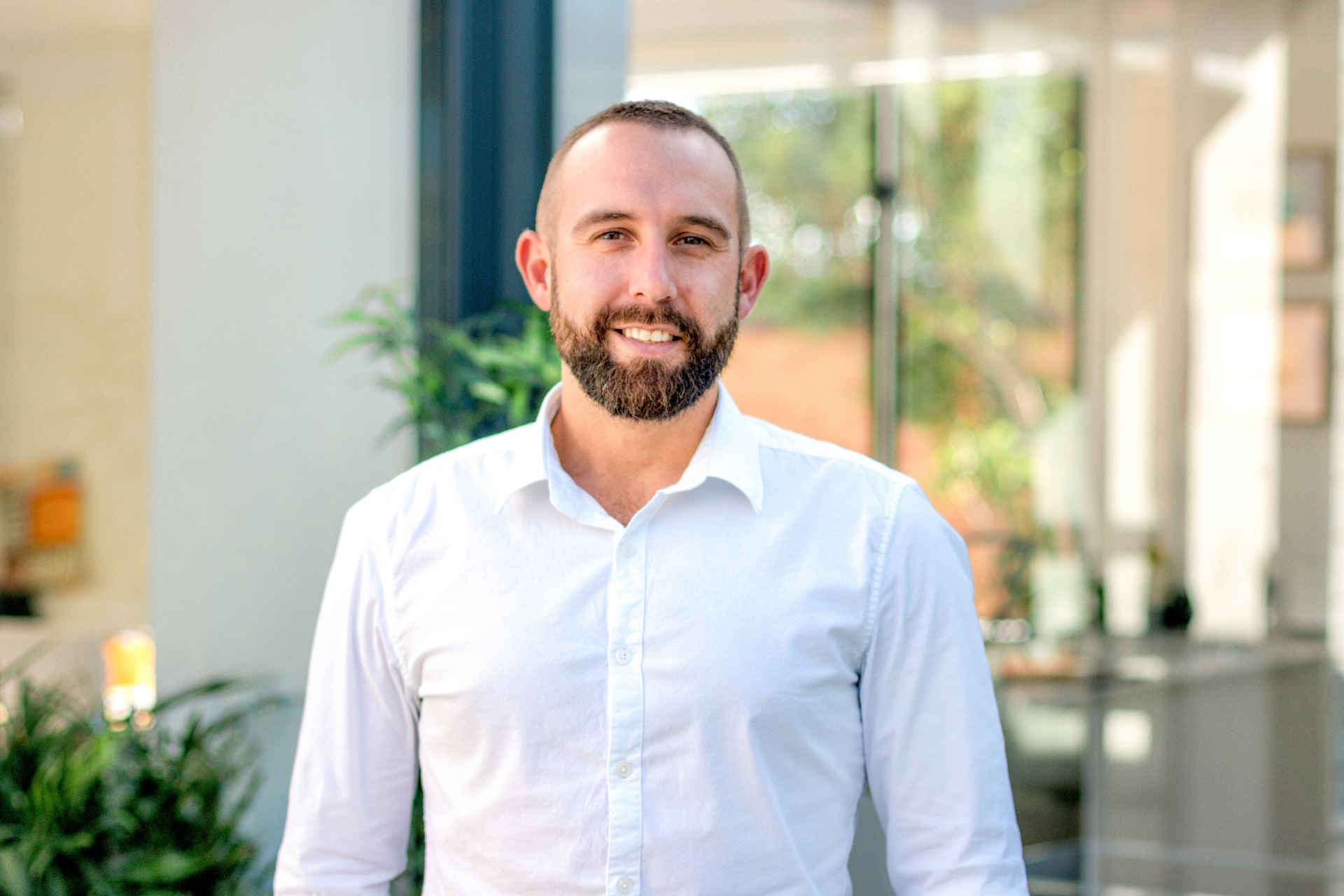 Sydney-based Darren Venter says his focus is going to be largely on the Sunshine Coast in 2021.