A surge in enquiries over April indicates that a three-year trend of plummeting Chinese property investment could be coming to a close.

A surge in enquiries over April indicates a three-year trend of plummeting Chinese property investment could be coming to a close.

At the same time, the value of approved new dwelling purchases fell from $7.3 billion to $1.7 billion.

Chinese mainland buyers now sit fifth on the list of investors in Australian property, although an unknown portion of Hong Kong’s investment was funnelled through the special administrative region from Chinese buyers.

Of last financial year’s $88.5 billion worth of real estate approvals, more than $19.5 billion came from the US and $13.3 billion from Canada.

Singapore accounted for $9.8 billion worth of investment (up from $7.8 billion), closely followed by Hong Kong’s $9.3 billion, which more than tripled over three years, and China’s $6 billion.

New Zealand’s $4.7 billion was next highest, while Japanese investment in Australian real estate increased from $2.2 billion to $3.8 billion.

“Our buyer enquiry data shows that Chinese investment in Australian real estate has fallen for a long time, but the tide may have turned because Chinese buyers seem to have been coming back since the second half of last year,” Mr Chmiel said.

“In April, Chinese buyers made twice the number of enquiries into Australian real estate than in any other month so far this year, and 50 per cent more than in any month in the second half of 2019.

“There was probably a great deal of pent-up activity taking place in April, so we don’t expect Chinese buyer enquiries to remain at this height for the rest of the year but the data shows Chinese buyers are back.

"The pandemic has created exceptional circumstances and while Chinese buyer demand in January remained strong, the lockdown in Victoria forced the number of Chinese buyer enquiries down in February and March.”

The FIRB report revealed Victoria, with 42 per cent of the country’s purchases, remained Australia’s most popular state among all offshore residential property buyers in 2018-19.

“We saw a large number of Chinese buyers come to us, many of whom had previously been living in China with businesses there, but holding either Australian permanent residence status or, in many cases, citizenship,” Ms Tu said.

“They decided to migrate back to Australia early in the year at the very beginning of the pandemic and are now looking to stay long term and, in turn searching for high-end properties.”

China has 1.3 million high net worth individuals, with a combined wealth of $4.3 trillion—within Asia Pacific, only Japan has more HNW individuals.

But tightened regulations in China stalled an exodus of cash out of the country.

A significant number of FIRB breaches were also recorded during 2018-19.

Of 1,220 cases identified for investigation, 600 properties were found to be in breach of Australia’s foreign investment rules (identical to the previous year).

Chinese buying in Victoria plummeted after 2016 for three reasons, according to Mr Chmiel.

“The Australian banks stopped lending to Chinese buyers, the Victorian government imposed a steep foreign buyer stamp duty, and Beijing started cracking down on the movement of money out of China,” he said.

"Those factors that were limiting buying have all started to unwind.

“Today, non-bank lenders are again willing to finance Asian buyers and the 8 per cent stamp duty doesn’t look so large when compared to the 20 per cent taxes in places like Singapore and Vancouver.”

Chinese buyers were active at both ends of the property spectrum.

“We have definitely had an upswing in international enquiries, especially from people overseas wanting to come back or move to Australia,” Ms Hackett told Australian Property Investor Magazine.

“The pandemic has given people time to discover what really is important to them and decisions to move back home have accelerated.

“Virtual inspections are definitely the future for overseas transactions and we’ve sold many properties sight unseen in the last six weeks, with buyers paying in US dollars or currencies pegged to the USD also taking advantage of the relatively low Australian dollar.”

Ms Tu, based in Sydney, said the harbour city was a focus of wealthy Chinese buyers.

“Sydney is the central business hub for Chinese and Australian business, and also offers the lifestyle, education, and climate these discerning buyers are searching for.”

Juwai’s Mr Chmiel said, in general, Chinese buyers liked the ease that comes with newly constructed units or houses and were mostly looking at properties at the other end of the market.

“They prefer homes near good schools and universities and convenient to services, transit and shopping.

“At least three-quarters of Chinese buyers are looking for property valued at less than $1 million, and the median enquiry price comes in quite low, at around $610,000,” he said. 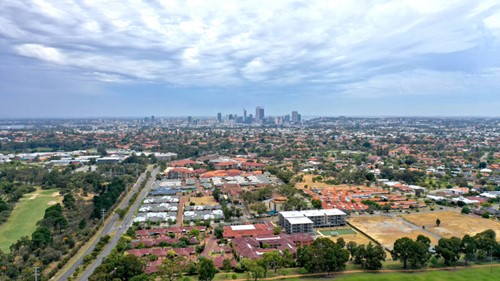