Younger generations are being urged to consider ‘rentvesting’, syndication or teaming up with friends to enter the property market, as many fear the dream of home ownership is starting to slip away.

Buying your first house and not actually living in it may not, at first glance, appear to be a clear pathway to owning your dream home.

But it is emerging as an effective way for young Australians to get a foothold on the property ladder.

For many of the country’s younger generations, the aspiration of home ownership, particularly in Australia’s bigger cities, has become more abject fantasy than possible reality.

While housing affordability has improved in recent years, median house prices in Melbourne and Sydney remain elevated at around $660,000 and $860,000, respectively, consigning young Australians to scrap, save and sacrifice for years to amass a deposit.

When those median house prices are contrasted with Australians’ median income of $48,360 per year, as reported by the Australian Bureau of Statistics, it is not entirely surprising that levels of negative sentiment towards property investment are on the rise.

Melbourne headquartered lender ME Bank’s research shows that concerns about housing affordability in Australia have been building to crescendo in recent years, with Millennials and Generation Z nearly losing all hope of ever owning their dream house.

A recent ME Bank survey of Gen Z and Gen Ys in September revealed that 70 per cent of respondents thought that owning a dream home was impossible to achieve for their generation, with 62 per cent saying the next generation would also battle.

More than half of the respondents said finding a dream job or owning a dream home was unlikely, with financial security weighing heavily on the minds of young Australians.

ME Bank general manager of home lending Andrew Bartolo said the depth of the negative sentiment that emerged from the survey was somewhat of a surprise.

“Certainly what is very clear is that those negative emotions are very strong in this demographic,” Mr Bartolo told Australian Property Investor Magazine.

“The survey says that 58 per cent say that owning a dream home is unlikely.

“I was surprised, but our advice that we would say to prospective homebuyers and young Australians is to really plan and think about their savings goals, and ultimately plan a path to home ownership.

“We would really be suggesting and advising those customers to really plan out their home buying journey and to not lose hope.”

The survey also revealed that the COVID-19 outbreak had exacerbated the long-running trend of increasing property pessimism, with 57 per cent of respondents saying the economic crisis would result in them delaying or downgrading their real estate plans.

Survey participants were also asked to describe the ‘Great Australian Dream’ before and after the pandemic, with home ownership featuring prominently prior to the crisis, and all but abandoned after its impacts were felt.

Financial advisor and property investor Billie Christofi, however, believes there is no time like the present for young Australians to take control of their financial future and plan for home ownership.

“The Australian dream is no longer about owning one property, in an area you might not even like, and living in it for the rest of your life,” Ms Christofi told API.

“There are a number of investment strategies open to young Australians that can help them secure their financial future, even during these difficult times.’

Ms Christofi, who has been crafting wealth building strategies at Melbourne-based advisory group Reventon since 2011, got onto the property market herself at a young age by investing in property syndicates to quickly build a deposit.

Another strategy for young people, she said, was to ‘buddy up’ with friends and family, and collectively increase buying power.

But a more effective strategy that Ms Christofi said she had increasingly been recommending to young people looking to buy their first home was ‘rentvesting’.

“Life is short so, by ‘rentvesting’, you can still live the lifestyle you want while making contributions to your savings through an investment purchase elsewhere.”

Ms Christofi said there were several factors that made rentvesting an appealing strategy, not the least of which was the ability to pay down a mortgage faster than one would if they bought a home and lived in it.

“When you buy your own home, your repayments are going towards paying down your debt and you’re not getting any assistance in the form of tax benefits, depreciation, or rental income that helps pay down that mortgage quicker,”’ she said.

“When you’ve got an investment property, yes you have got to rent somewhere else, but you can generally pick something that’s a bit more affordable because you’re not buying something from an emotional perspective.”

With interest rates at record lows, Ms Christofi said there was great potential for investors to acquire cash-flow positive properties - even for first time buyers.

“The key thing is finding areas that will grow,” Ms Christofi said.

“When you’re picking somewhere to live, you are picking a certain suburb that’s close to your work or your friends, but that might not be the area that’s going to see the most growth.

“Right now, Melbourne’s CBD is going backwards, and that’s because vacancy rates are increasing and the market’s slowed down. It’s not a good place to invest, but it might still be where you want to live.

“Whereas, if you look in regional Victoria, in areas such as Geelong, prices have increased, so that’s a fantastic place to look at investing.”

Ms Christofi said the ideal property type for a rentvesting strategy would be a detached house, located in an area where land values are likely to appreciate.

“You look at employment rates, you look at where the government is putting in infrastructure, you look at schools, transport, all of these things make it a great opportunity for an investor and are appealing to the rental market,” she said.

“That’s going to give you the best rental yield and you’re going to be able to pay down your mortgage.

“You don’t want to go too high, if you’re looking at something any more expensive, it’s going to affect your cash flow.” 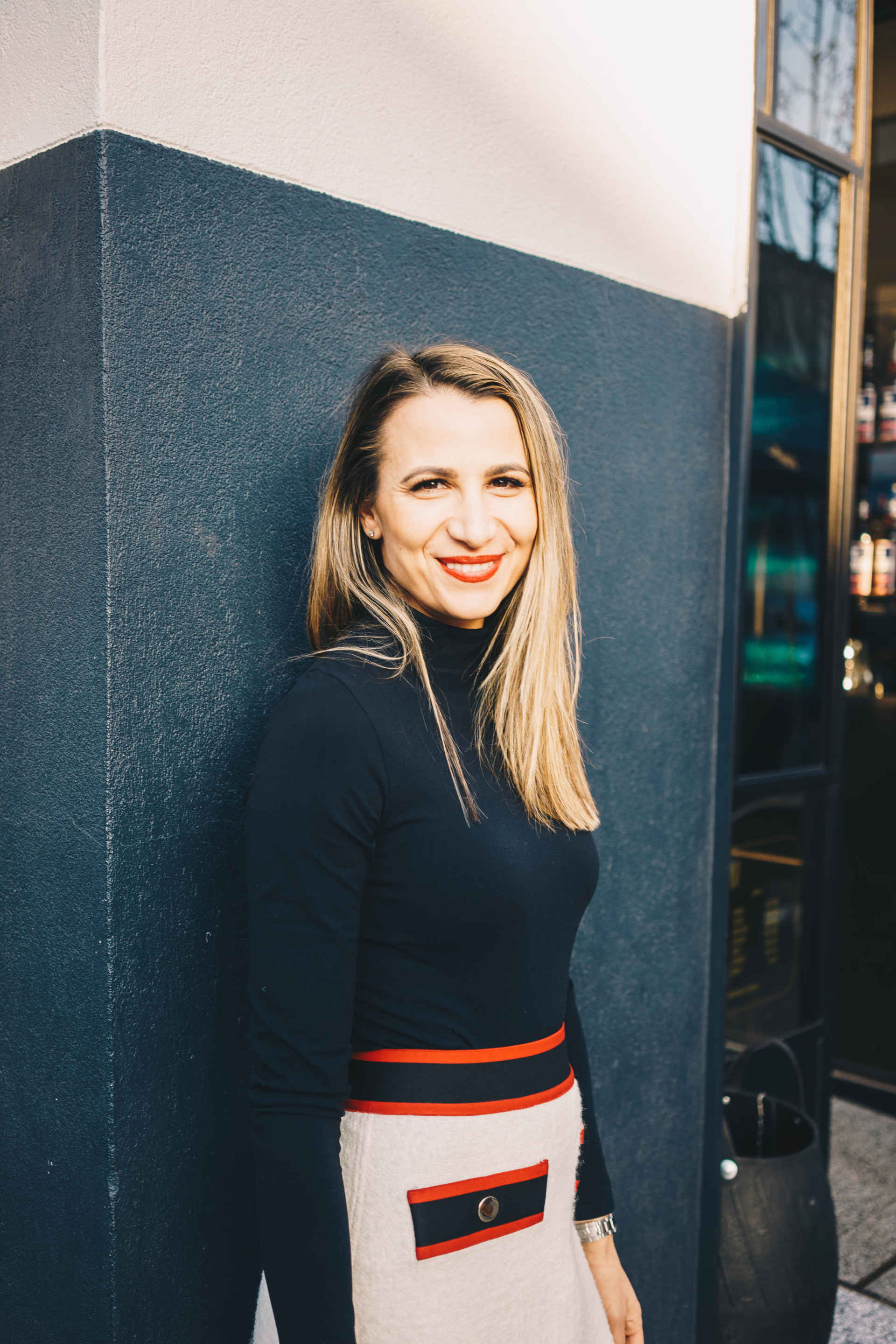 Billie Christofi says there are many ways young Australians can obtain financial security.