3 min read
19-7-2021
Australia's red-hot rental markets set records in the 12 months to the end of June, but future growth is expected to be more subdued. Photo: Shutterstock

CoreLogic’s quarterly analysis of rental markets showed national rental rates rose 6.6 per cent over the year to June 30, led by regional markets which recorded annual rental growth of 11.3 per cent.

Drilling down on individual cities, CoreLogic’s research showed a wide range of rental market conditions, ranging from the red hot 21.8 per cent annual growth in Darwin to the 1.4 per cent dip recorded in Melbourne.

Perth’s rental market was another top performer, with 16.7 per cent growth, while rents in Brisbane were up 7.3 per cent over the year.

Melbourne is now Australia’s second-cheapest rental market, at $444/week for all dwellings, with only Adelaide a cheaper city to rent in, at $430/week.

Sydney’s median rent for all dwellings was $582/week at the end of June, Brisbane’s hit $476/week, while in Perth a typical dwelling will cost $472/week.

CoreLogic head of research Eliza Owen said the rental market increase was due to many of the same factors that have led to Australia’s simultaneous uplift in home values over the last 12 months.

Australia’s house price growth, however, has meant that even with the surge in rents, rental yields remain under pressure and fell in all capitals other than Darwin.

Ms Owen said there were also pockets of the rental market where growth remained subdued, largely because of the different impacts the pandemic has had across the nation.

“In Sydney and Melbourne, unit rents continue to show year on year decline, at 1.1% and 6.4% respectively,” Ms Owen said.

“As noted in previous quarters, these cities, which have historically had the highest intake of international migrants, have seen rental demand most impacted by international border closures amid the pandemic.

“Although demand across these unit markets remains fairly subdued, there are signs that rents may be stabilising at lower levels.

“In fact, Sydney unit rents have begun to creep higher in recent quarters, including a 1.8 per cent uplift in the three months to June. Melbourne unit rents have also started to show signs of stabilising, with values remaining flat over the quarter.

“Recent lockdown conditions across Sydney may impact rental markets where there are high concentrations of renters in affected industries, such as hospitality and tourism.

“These regions include the inner city market of Sydney, which has been one of the more subdued Sydney rental markets through the pandemic.

“Hobart rent values also took a hit at the initial onset of COVID-19. Anecdotally, many short term accommodation holders had marketed their property on the long term rental market amid domestic and international travel restrictions.

"However, as domestic travel flows have somewhat normalised, save for sporadic lockdown conditions, the return of domestic tourism may have seen the reversion of this excess supply to short term accommodation."

Looking forward, Ms Owen said she expected a similar outcome for rental markets as to what is likely to happen in sales markets in coming months. 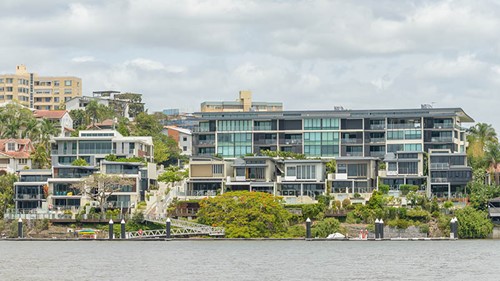