RBA lifts rates - so is it time to refinance?

With the Reserve Bank of Australia set to raise rates throughout 2022 and the banks following without hesitation, is it time for homeowners and investors to reshape their bank finance?

The Reserve Bank of Australia (RBA) has lifted its official cash rate by 25 basis points to 0.35 per cent, the first such upward movement since November 2010.

With markets pricing in the virtual certainty of another rise in June to take the cash rate target to at least 0.5 per cent, there is a degree of fear among many home owners and investors who face the prospect of repayments that stretch already-pressured household budgets.

If passed on in full by banks, the rate rise will add more than $65 a month to repayments on a $500,000 mortgage, and double that on a million-dollar loan.

Whatever the outcome for individual property owners or investors, industry leaders suggest there are numerous ways to prepare your mortgage and minimise interest rate rise shockwaves.

Now is the perfect time for homeowners and investors to review the interest rates attached to their borrowings. 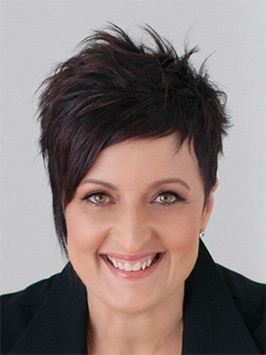 Zippy Financial Director and Principal Broker Louisa Sanghera said as interest rates rise it will become harder to qualify for a new loan and is all the more reason to refinance.

“A 0.25 per cent difference to an investor not only eats away at their income, but it can make a difference to them being positively or negatively geared, which in turn could cost them in tax,” she said.

According to Two Red Shoes founder and mortgage broker Rebecca Jarrett-Dalton, if you haven’t reduced your rate during the last two years, you should definitely look at refinancing.

“Variable rates are so competitive, why wouldn't you try and save some interest?” Ms Jarrett-Dalton said.

Mortgage broker at Specialist Mortgage, Carolyn Xaftellis, agreed one of the best reasons to refinance a home loan was to lower the interest rate on an existing loan.

“Refinancing can be a great financial move if it reduces your home loan repayment, shortens the term of your loan, or reduces the amount of interest you pay across the entire loan term.

However, it’s not just the interest rate that will make an impact.

“It’s important to look at initial and ongoing fees and the use of interest reducing facilities such as an offset account,” she said.

“An offset account with an average balance of $25,000 on a 3.19 per cent principal and interest loan will save $797 per year in interest costs, which will reduce the balance of the loan and overall loan term,” she said.

“If your current lender is not prepared to offer a competitive rate, there will be another lender that will.

“This can often result in savings of thousands of dollars over the course of a year, so it’s definitely worth asking the question,” Ms Bowman told API Magazine.

The decision whether to fix a rate or go with the variable alternative is, according to Ms Jarrett-Dalton, “crystal ball territory”. 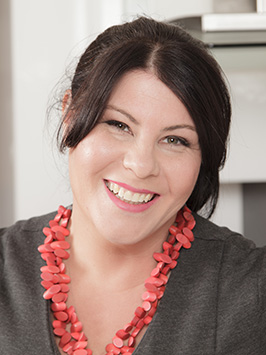 “This one is a very hard one to answer,” Ms Jarrett-Dalton said.

“The standard caveat applies – it depends on your personal needs and circumstances, how long you plan to keep the property, how much extra you can repay, etc, but more than this, if you are fixing a rate right now you are effectively giving yourself a rate increase before the banks do so,” Ms Jarrett-Dalton said.

This is because the offered fixed rates currently are an average of 1 per cent to 2 per cent higher than variable rates.

Borrowers are largely ditching fixed rate home loans. Fixed rate lending is, at 28 percent of new lending in February, way down from a peak of 47 percent in July last year.

“You might still think this is worthwhile if it lets you sleep at night or if you think rates will rise more than this amount during the term you choose.

“For example, two-year fixed rates are hovering on average in the high 3 per cents; do you think variable rates will rise more than one full per cent within the next two years for you to have been better off in your fixed rate from now?”

“To put things into perspective, the lowest fixed rate on the Mortgage Choice panel of lenders today is 2.69 per cent p.a. and the lowest variable rate offered by a lender on our panel is 1.89 per cent,” he said.

“That said, RBA rate rises will push up the cost of variable interest rates.

“Those borrowers looking for certainty will still favour fixing their rate so they know their maximum repayments for that period of time,” he said.

The quickest way to assess how a rate rise will impact a homeowner or investor is to use their lender’s online repayment calculator, says Specialist Mortgage’s Bridget Bowman.

“This allows customers to determine how much a percentage rate rise will impact them in terms of dollars.”

Ms Jarrett-Dalton said there is much that goes into a loan assessment, so it’s not as simple as only using a calculator.

“But if you’re going to, avoid the borrowing capacity calculators as these are very rough only - and stick to a simple loan comparison or simple maths; your current loan balance, multiplied by the potential interest rate saving, then divide this by 12 if you’d like a monthly figure,” she said.

After entering the loan amount and interest rate, Ms Sanghera recommends increasing the interest rate in the calculator by 0.25 per cent increments to see how their mortgage could potentially rise.

“I would recommend doing this up to, say, an interest rate of five or six per cent.

“If you are worried you cannot manage the potential repayments, then you should go and speak to your broker, who can restructure the debt to reduce repayments, or they could look to fix the interest rate on your home loan,” she said.

“We are already seeing our clients paying under the asking price and sales agents advertising “price adjusted” so prices are already slowing down,” Ms Sanghera said.

“People are factoring in price drops.

“If they aren't yet in the market, they are also hopeful and waiting for a bargain.

“This is in itself a little bit self-fulfilling.

“Definitely as rates rise and it's a little harder and dearer to borrow, this will have an impact but the biggest factor still seems to remain supply versus demand and this is without inward migration.”

While affordability is also a key concern, Carolyn Xaftellis suggested the cost of borrowing is likely to remain well below long-term averages. 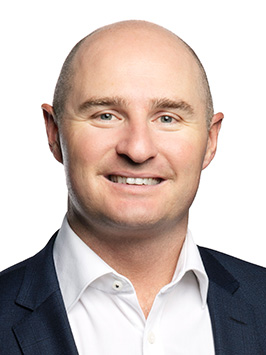 “There will be continued housing demand for an extended period of time,” she said.

“Other factors to consider are trends in labour markets, demographic patterns, supply levels and affordability, which will all play a key role in how housing markets perform in different parts of the county.”

Optimistically, REINSW CEO Tim McKibbin’s overview is that in the current environment an interest rate rise is unlikely to result in too many mortgagors being pushed into difficulty.

“Through APRA, banks are already required to build into a finance facility the capacity for a mortgagor to absorb additional costs to service the debt,” he said.

A rate rise is also likely to create competition between banks.

“The competition between banks to win your business is going to be intense, so use your broker to make sure you get the best deal,” David Zammit said.