While sales agents are reporting that buyer interest is still strong at the prestige price points, data suggests that interest is not always materialising into sales.

The fancier suburbs of Sydney and Melbourne appear to have reacted most to the negative economic shock of COVID-19 – leading the pandemic-induced slowdown in home prices.

In June, the top quartile of homes by capital value were down by 1.6 per cent and 1 per cent, respectively, in Melbourne and Sydney. Affluent inner city Brisbane fell by around 0.5 per cent.

Residential property was the outstanding performer in financial year 2019/20, returning 11.7 per cent, well ahead of shares, which fell by 7.2 per cent in equities’ the worst fiscal year since 2011/12.

The decline in international migration has contributed to Melbourne’s inner city and eastern suburbs recording the largest decline across the metropolitan region, and the past two months have seen a similar decline in values across some high-end markets in Sydney, such as North Sydney, the Inner West and the Northern Beaches.

In Brisbane, prices have risen by 4.4 per cent over the year, despite a modest decline in June.

Lead Agent and Partner at Place Bulimba, Joanna Gianniotis, said competition for Brisbane properties around the $1.25m mark was strong, with demand also relatively higher again in the price range above $1.8m.

“The stand-out trend has been a willingness of buyers in the higher-end markets to pay for the development investment made by others,” Ms Gianniotis said.

“A million dollar block of land needs a million dollar home and time-poor buyers are willing to pay a premium to buy an established home rather than deal with the time, effort and risk of going through the building process themselves.

“Buyers are not resisting that price premium because building might need 18 months of renting elsewhere, and there’s the time to organise builders, the buyers’ own lack of design expertise compared to buying a known product they like, and the uncertainty and risk should a contractor fold or create issues,” Ms Gianniotis told Australian Property Investor.

But activity jumped 22 per cent in May, according to Westpac’s Housing Pulse, which is positive for the local market.

CoreLogic Head of Research Eliza Owen said Melbourne had suffered the biggest falls among the capital cities since the onset of the pandemic.

“While the June quarter results show the current decline across Melbourne being led by the Inner East, which was down almost 4 per cent in the period, the shock of closed international borders may be accelerating a more broad-based decline in the region.”

This has been evident in the upper quartile of values across the Melbourne market, which goes some way to explaining why it enjoyed the strongest value increases amid the last upswing, and is currently showing the largest falls. 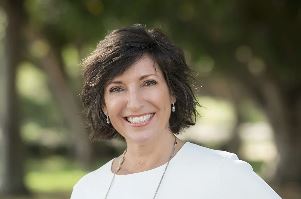