By Dan Wilkie Journalist
| 20-7-2021 | Tax | 3 min read
Making it easier for homebuyers to upgrade or downsize would have far-reaching benefits, the report found. Photo: Shutterstock

The NHFIC this week released fresh research on stamp duty reform, assessing the pros and cons of phasing out the much-maligned tax and replacing it with an annual land tax.

A key finding of the report was one that’s been well known in the property industry for some time - the high cost of stamp duty due to the rise in Australian property values over the past two decades hinders households’ ability to move.

Homebuyers in capital cities face stamp duty bills ranging from $20,000 to more than $40,000, based on median house prices, with the impost holding back many Australians from upgrading or downsizing their dwellings.

Victorian buyers would benefit most from reform, with the state having the largest effective rate of transfer duty at 5.4 per cent, but households in all states and territories would be better off choosing an annual tax, the report showed.

“For example, a household in NSW would have to pay a broad-based land tax for more than fourteen years to be worse off, which is greater than the 12.4-year average holding period of a property,” the report said.

“Encouraging more household mobility through reductions in stamp duty leads to more efficient use of the housing stock which means people can better ‘right-size’ their own housing arrangements in line with their individual preferences,” Mr Dal Bon said.

“Households that are considering downsizing and upsizing, or just seeking more space when they are working at home during COVID-19 wouldn't be penalised under a broad-based land tax compared with the current stamp duty arrangements across most states.”

Reforming stamp duty, however, is not without its challenges, with buyers who purchased just prior to reform would likely need to be compensated, resulting in a hit to state government revenue streams.

Establishing an annual land tax would also result in new tax burdens for households who have paid off their mortgages, as well as investors who paid stamp duty at the time of purchase.

“A broad-based land tax imposes an additional cost on households that on average would be around 75 per cent of current municipal rates,” the report said.

“However, this will be offset by the likely positive short-term impact on prices from removing duty.”

Real Estate Institute of Australia president Adrian Kelly said it was time for politicians outside of NSW, where stamp duty reform is firmly on the agenda, to get serious about making a change.

“Politicians cannot one one hand gripe about housing affordability and then on the other say ‘we need this income from homebuyers and owners to fund public sector operations’,” Mr Kelly said.

However, he said that the introduction of an annual land tax was not necessarily the solution to the issues involved with the inefficiency of stamp duty.

“Experience in the ACT is that land tax has scared off investors from the market and significantly reduced the amount of private rentals available,” Mr Kelly said.

“So if you want rents to stabilise, a broad-based tax or even revising the GST to be shared equally by all sectors of the economy would be the better replacement, not unfairly taxing homes and households.

“Alternatively, an opt-in approach to the payment of stamp duty, where the user elects what to pay and when is another pragmatic approach.”

Urban Development Institute of Australia national president Simon Basheer said the report showed it was clear that stamp duty reduced the efficient use of available housing stock by disincentivising sales.

“UDIA National welcomes the focus on alternatives such as a switch to broad-based land taxes - even though the report is correct to identify the critical need to get transitional arrangements right,” Mr Basheer said.

“Unfortunately too many state governments have become addicted to stamp duty and been too reluctant to contemplate difficult reform options - with the exception of NSW which has continued the potential to give people the choice between land tax and stamp duty, or an annual property tax.

“Given the complex nature of the tax system impacting property, a holistic tax reform agenda is the most likely path to an overhaul of stamp duty, but in the meantime, states need to start acknowledging the costs on homebuyers and the economy from transfer duties.” 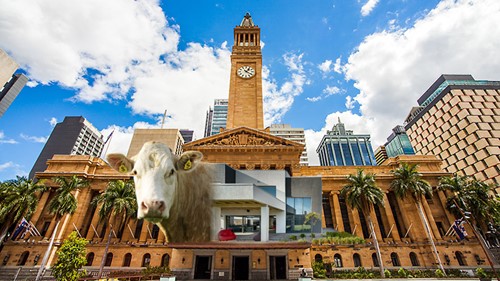