With the prestige property market breaking records from Perth to Sydney, those affected by the COVID-19 crisis could be excused for wondering if they are part of the same economy.

With prestige property markets breaking records from Perth to Sydney, those affected by the COVID-19 crisis could be excused for wondering if they are part of the same economy.

Once the base of the Royal Australasian College of Surgeons, the sale showed the luxury property market operated in a different theatre to the rest of the market, much of which was in critical condition.

Across the country, real estate developer Blackburne sold a 1,200 square metre penthouse in upmarket Subiaco’s ONE Subiaco development for $15 million. Bought by a local, it is the most expensive penthouse ever sold in Perth.

In South Australia, Sotheby’s told Australian Property Investor Magazine that the Adelaide Hills, about 25 minutes from the CBD, “is currently flying at the top end.”

McGrath Estate Agents founder John McGrath was recently reported as saying: “There is little if any sign of panic selling, especially at the top end of the market.”

Given the shockwaves that have coursed through the economy and the sheer expense involved with luxury property purchases, some hesitancy that slowed the high-end real estate market could be seen to make sense.

Selling or buying a luxury property can be both a substantial decision and a non-necessity — everyone needs a home, but nobody necessarily needs an estate or a penthouse. While there have been discounted sales in Sydney’s multimillion-dollar market, the record expenditures defy the falling prices in the median and entry-level price ranges.

Before the lockdown, Sydney’s luxury residential property prices had been tipped to grow by four per cent this year, while Melbourne’s high-end market was tipped to see growth of three per cent. Early indicators suggest fluctuations will be unpredictable due to the relatively limited supply but the falls seen in other market segments appear unlikely.

As principal at Sotheby’s Realty SA, Grant Giordano represents one of the worldwide leaders in luxury real estate sales.

“We have been able to observe the pandemic’s effects in multiple market segments and, overall, the primary takeaway is that there is less supply but more qualified demand.

“Serious buyers remain in the market, whereas those who continually search but rarely buy have become more cautious.”

Mr Giordano said the pandemic would have long-lasting implications on the types of properties the elite end of the market would be looking for later.

“Purchasers who once opted for ultimate convenience see the environmental escape as more valuable than the previous value attached to a minimally shorter commute.

“Conversely, penthouses, while maintaining strong return on investment, are not receiving the same level of engagement, most likely due to the prospect of higher density living.

“In essence, the pandemic has altered our value model and I expect these changes will manifest throughout the luxury market in years to come,” he said.

Western Australia has fared better than the more populated states in limiting the impact of COVID-19. Before the pandemic, investors seeking value were increasingly identifying Perth as the capital city with the greatest potential for medium-term upside.

“We had a record-breaking month in March and, if anything, enquiries have improved for us, as those still in the market are not tyre kickers just doing research - they’re serious buyers trying to take advantage of what is arguably the best time to buy in WA since 2002,” he said.

“The luxury market across the board has been doing very well for the last six to eight months as it led the recovery.

“Lots of growing families have been taking this opportunity to upgrade to more aspirational properties because it’s the most affordable it’s been in 10 years.”

Blackburne has already sold 70 per cent of its Marina East-Ascot Waters development just completed this week, and had almost 100 people booked to view the remaining 19 apartments at the weekend’s opening.

DevelopWise’s The Sanctuary in riverside Mount Pleasant, caters to the luxury market and was already more than 70 per cent sold to mainly affluent local downsizers who hadn’t been adversely impacted by the economic crunch.

The luxury end of the property market is also buoyed by a demographic that has little need to seek restricted finance from the banks. Buyers are more consoled by low interest rates and are often looking to release equity in their homes.

Sotheby’s principal Mr Giordano said it was a key difference between separating the luxury market from the other market segments.

“We are fortunate that we generally aren’t impacted by the lending habits of banks in the high-end residential sphere.

“We do find that lending habits are very tight in the commercial lending space, which is having a flow-on effect to other segments of the property market.

“The tightening of lending will need to ease across other market segments to ensure continued growth in the residential space.”

news 7-5-2020 What does zero immigration mean for property? 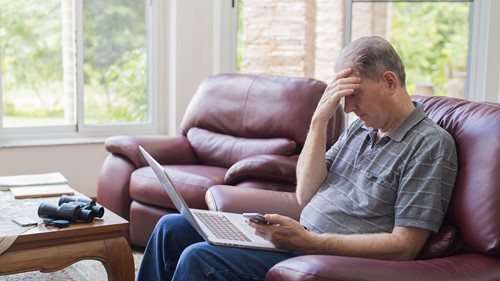