Established around five years ago by founding directors John Sader and Garry Pesochinsky, Lion has swiftly become a major player by carving out a niche in luxury townhouse development.

Since inception, Lion has developed more than $20 million worth of completed projects, providing its investors with an average annual return of 13 per cent.

And with its pipeline ramping up over the next three years, Mr Sader said the company would continue to focus on providing above market average returns for its investors.

“The main product we offer to investors is the ability to invest directly into a property development project,” Mr Sader said.

“Our fundraising typically occurs at the beginning of the project and investor capital is used to purchase the development site.

“Once the property development is complete and the properties have been sold, investors receive their returns from the project’s profit.”

Mr Sader said that structure allowed much more flexibility for investors in Lion, which are typically wholesale investors or high-net-worth individuals.

He said Lion’s model was generally a preferential equity model, with a $500,000 minimum buy in, reduced to $250,000 for investors that satisfy the company’s investment criteria.

“It’s a great way to get involved in property development, especially if it’s the first home that they are looking at through this process,” Mr Sader said.

“They may have been accustomed to buy and hold or flipping, or another variety of different ways of property investment.

“For us, it’s an easy segue for them to have exposure, have the backing of an experienced team, have the transparency of reporting and the updates that come with frequency so they can see for themselves the capital that’s not only being deployed but also the progress that’s been made.”

Mr Sader said Lion’s strategy was to create a prestige product that would attract an owner-occupier, in locations with a distinct desirability, such as Hamilton and Ascot in Brisbane, and Brighton in Melbourne.

“When you look at these blue-chip suburbs, they by far outperform the outer suburbs of these major cities because the average income of the median household there is much higher, there is a lot more disposable income available to them, and generally speaking,you are talking about generational wealth that tends to live in those areas,” he said.

“It’s a different market, it has its own economy and ecosystem in itself.

“It makes it much more viable for us to be able to deliver on our commitments to our investors.”

Over the next three years, Lion is planning to ramp up in a big way, with more than $130 million of luxury developments in its pipeline, in Brisbane, Melbourne and Los Angeles.

Mr Pesochinsky said the big benefit for investors was the ability to build capital swiftly, particularly when the returns were compared to other investment classes in the property sector.

He said Brisbane would be the hub of activity for the group despite its headquarters being located in Melbourne, with the flight to South East Queensland that occurred in the second half of 2020 expected to be a lasting phenomena.

“With COVID, it’s put Brisbane and South East Queensland on the map, and the spotlight is directly on them now,” Mr Pesochinsky said.

“People are thinking ‘the lifestyle is fantastic, the weather is always great up there, and now is actually a great opportunity to buy in’.

“The way that the government ran the state during COVID will play into peoples’ decisions, there is a lot of migration of population into SEQ and I think that’s going to continue, particularly from NSW.

“Brisbane is a big city, but yet it has less than 3 million people living in it, but it has the infrastructure for a much bigger population.

“There is only one council in Brisbane, so it’s more streamlined.

“They are a little bit more flexible than other councils in how they look at developments and they want to promote more development so they can grow Brisbane itself, and of course land is more affordable as compared to development sites in Sydney.”

But with forecasters such as Westpac predicting value uplifts as high as 20 per cent over the next three years, the big challenge emerging will be acquiring suitable sites for development.

“What is occurring is that we have been playing up to about the $5 million range in terms of site acquisition,” Mr Pesochsinky said.

“Now we are coming out of COVID, people are looking at developments, they’ve seen that the property market has been resilient through the crisis so they are trying to step into that space, and now we are competing with the mums and dads who want to be developers and they are buying up land so there is more competition and prices are rising.

“So what we need to do as an organisation is we are now stepping into a higher price point, so we can be a step ahead or two steps ahead of the competition.”

Mr Pesochinsky said Lion’s preference in Brisbane would be sites located north of the river, while in Melbourne the company would also look for townhouse opportunities in near-city suburbs.

“We like to maintain townhouses as the type of product that we bring to the market, and even if we go into a higher price point in terms of acquisition, we are still going to just bring a more luxury townhome or luxury houses to market.

“That’s where we see the demand. There is a huge amount of apartment developments that are happening and developers are trying to maximise yields on the sites that they buy, but we are looking at a different strategy where we develop the type of homes that our society wants to live in.” 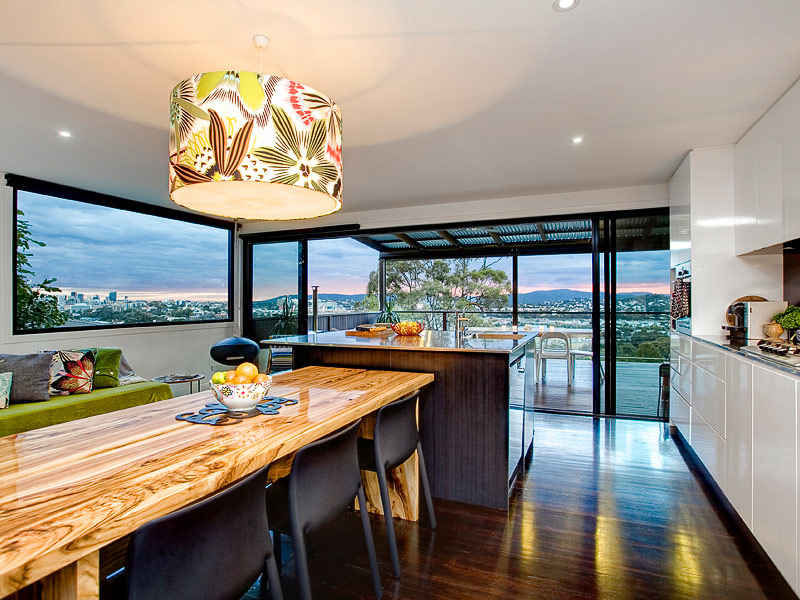