It's all sun and Games for Sunshine Coast

While metropolitan property markets report a going-out of the tide on property values, investment prospects still lap the shores of Queensland’s Sunshine Coast.

While metropolitan property markets report a going-out of the tide on property values, investment prospects still lap the shores of Queensland’s Sunshine Coast.

Median house prices remain over a $1 million dollars and there is strong evidence forecasting, not just fine, but exceptional investment weather ahead.

CoreLogic price growth and rental data support the notion that the Sunshine Coast is experiencing stability in the wake of rapid growth.

The Sunshine Coast, 100 kilometres north of central Brisbane, spans around 60 kilometres of coastline, from Pelican Waters in the south to Tewantin in the north.

The strongest coastal location is Noosa with a median house price of $1,615,404, showing a monthly, quarterly and annual change of 1.6 per cent, 5.3 per cent and 30.1 per cent, respectively.

The weakest - though still very strong - is Nambour, where the median price is $894,830 with monthly, quarterly and annual price growth sitting at 1.4 per cent, 5.7 per cent and 29.1 per cent respectively.

The story these figures don’t tell however is the explosion of major infrastructure projects, including housing developments such as the $4 billion master-planned Palmview community, preparation to host the 2032 Olympics, a redevelopment of the Maroochydore CBD and the Sunshine Coast International Broadband Network project that will be adjacent to it.

Speaking to API Magazine about investment prospects on the Sunshine Coast, Mooloolaba-based Direct Collective CEO and Head of Research, Mal Cayley, said, “There there has never been an opportunity presented to a residential property investor in Australia’s history than what the Sunshine Coast presents today - that’s a pretty bold statement but all the evidence is there.” 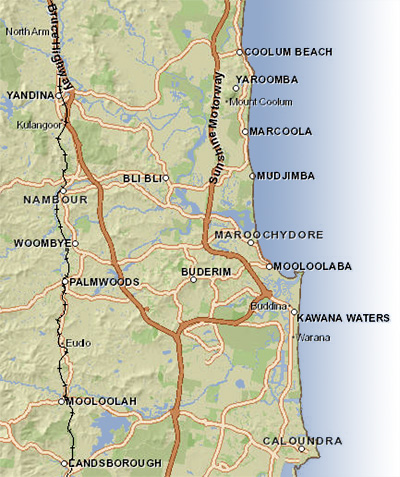 “The opportunity has never presented itself in any Australian city in history and unlikely to again.

“It’s beyond unique, it’s literally a set of once in history-type circumstances and some of the contributing factors have no precedence, so there’s nothing we can compare it to, to begin to understand its full impact.”

“There are people in Victoria and New South Wales who still don’t geographically understand where the Sunshine Coast is.

“We still get a lot of people thinking it’s part of the Gold Coast, and that it’s south of Brisbane not north, or that it’s its own region.”

Consequently, much of the Coast’s growth has been driven by local investment.

“What’s happening here is happening from a local perspective, not from a hugely national or international investment perspective, like what happened on the Gold Coast in the 1980s and early 90s,” Mr Cayley said.

“It’s very much about a diversifying and expanding economy that has this incredible lifestyle positioning as well, as lifestyle that attracts people to the region, but what they’re actually coming to the region for is jobs.”

The last ten years are not a predictor for what’s coming in the next ten years.

“There’s $12.5 billion of infrastructure underway on the Sunshine Coast.

“There’s already more than that bundled in the pipeline and twice that if you look at the potential projects that could come as a result.

“When you talk about the ninth largest urban centre in the country and it has the highest infrastructure spend per capita of the top 20 cities in Australia, it’s not just about what’s happening now, it’s about what that money will build and creates from an economic, job and lifestyle opportunity going forward.”

One of the region’s exponential growth key drivers is the build in Maroochydore of a new CBD.

“This is a green-filled CBD; it was a golf course and now we’re building something that’s going to have a bigger footprint in the CBD, not as high but a larger footprint. 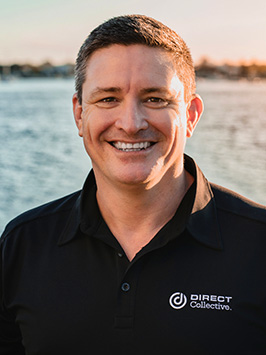 Mal Cayley, CEO and Head of Research for Direct Collective

“We haven’t on the Sunshine Coast had that central business district before but we have that now being created and it’s bringing investment to the region that wouldn’t normally come.

“During covid, a fully capable international airport was built. We haven’t really seen the benefits of that yet but it’s not really about that - the floods have proven the importance of an air bridge for trade and business as well.

Another driver for job and population growth is the Sunshine Coast International Broadband Network which will connect adjacent to the Maroochydore CBD.

“No regional city in the world has had a submarine cable so when you connect a new cable to a country, it increases GDP, because there’s new trade opportunities created.

“It will be the fastest connection to Asia compared to anywhere else in Australia and second to the USA.

“It’s not just landing in the Sunshine Coast either but will be connected here and that alone will drive massive growth.

“Then you’ve got the Turbine Project that’s basing itself at the airport.

“This is a food and agribusiness manufacturing, packaging, laboratory and testing precinct, so all our small agribusinesses can now compete on an international and national scale with the big players.”

While the property market is now strong on the Sunshine Coast and future development growth holds much promise, the resultant housing crisis is a major issue.

“The fundamental issue on the Sunshine Coast is we have such a massive opportunity and massively expanding economy, yet we have a huge crisis-level undersupply.

“We have rising homelessness and an absolute rental crisis so the challenge with that is our planning scheme offers no way to resolve it.

“If you look forward, with everything that’s coming, we have to have crisis talks now or we’re not going to solve this crisis in the next 10 to 15 years.

“It’s a challenge for the community but it screams opportunity for investors,” Mr Cayley said.

Similar issues have emerged around Australia, in particular Queensland, which has close to a zero vacancy rate in many areas and soaring prices in Brisbane and elsewhere.