As an example, if a borrower is aged over 55 or plans to retire within 10 years, NAB requires the following details as part of a home loan application:

Mr Young said he estimated that only the top 1 per cent of self-funded retirees using property to provide income for their retirement could comply with those requirements if they needed to refinance.

“These changes are the latest of several revisions to credit policies with the big banks reducing their risk appetites at a time when people urgently need access to finance,” Mr Young  said.

“And these changes do not take into account the crazy lending rules being imposed by APRA on banks that mean borrowers are assessed on a buffer interest rate that is 2.5 per cent higher than the market interest rate.

“This ridiculous buffer rate is 10 times than the RBA base interest rate of 0.25 per cent and is totally out of kilter with lending practices in other advanced economies during a time of record low inflation and low wage growth.

“The end result of this credit squeeze is that it is much harder for people to borrow money to buy a home and this is reflected in falling housing finance figures.”

Mr Young said borrowers locked into high interest loans would also have issues refinancing in the current lending environment, raising fears that some may be forced to sell their homes at retirement.

“The new rules will also make it virtually impossible for people to enjoy a self-funded retirement by investing in multiple properties and these people will now be forced onto the pension costing the tax payer billions of dollars in additional pension payments over the long term.

“It is time to call out the big banks on their credit squeeze by stealth and for the RBA and political leaders to demand to know how the $90 billion in cheap finance they received has been used,” he said.

At the other end of the spectrum, first time buyers are also being stymied by strict policies around housing finance.

Analysis by the Housing Industry Association showed the biggest challenge for first homebuyers getting onto the property ladder was not their ability to repay their loans, it was obtaining finance in the first place.

HIA chief economist Tim Reardon said the association’s latest affordability index showed housing in Australia was its most affordable since 1999.

The index, which assesses dwelling prices, interest rates and wage growth, showed it now required less than 1.2 average incomes to service a mortgage on a median-priced dwelling in Australia’s capital cities.

Mr Reardon said it was a rapid improvement from three years ago, when it took 1.4 times the average income to service the same mortgage.

But while the combination of record-low interest rates, subdued house price growth and steady wage growth over the same period had helped improve affordability, it was cold comfort for many first homebuyers.

“Repaying a mortgage is no longer the constraint it was over the past two decades," Mr Reardon said.

"The increase in the number of new homes built over the past five years has kept a lid on house price growth.

“The challenge facing first home buyers is no longer their ability to repay a loan, but in obtaining a mortgage in the first place.

“A decade of red tape has made it significantly harder for first home buyers to obtain a mortgage for purchasing their first home.”

Mr Reardon said restrictions imposed by APRA and ASIC following the global financial crisis resulted in the number of loans issued with a 10 per cent deposit falling from 21 per cent of all loans to 7 per cent.

“The additional red tape imposed in recent years means that banks are increasingly lending to those that already own a home.

“Improving access to finance helped pull the economy out of the 1990’s recession and it can do the same for the COVID-19 recession.”

Mr Young said “outdated” loan serviceability buffer tests imposed by APRA had resulted in the vast majority of first homebuyers’ options narrowed to fringe city areas, with a surge in the construction of new homes likely to affect the value of established dwellings.

That construction surge has also been boosted by various state and federal government incentives, ranging from the $25,000 HomeBuilder grants to generous stamp duty concessions.

Mr Young said a buffer rate of 0.4 per cent would help avoid a crash in home values in outer suburban areas.

“A lower buffer serviceability rate would put first home buyers in a much stronger financial position to purchase homes in near city locations that are built to higher standards and will deliver higher levels of capital growth. This will benefit the overall property market by ensuring that these first home buyers can upgrade to larger homes at a later stage.

“Because of this crazy buffer interest rate, we are now seeing a surge in new home building in these fringe city areas.

The constraining aspects of lending red tape have also been noted by the Reserve Bank of Australia.

RBA governor Phillip Lowe recently told the Standing Committee on Economics that while the principles behind responsible lending arrangements were imminently reasonable, the execution of those principles could be improved.

“What has happened is that those principles have turned into hundreds of pages of guidance,” Mr Lowe said.

“Once the compliance people, the lawyers, the regulators and the media get involved, these high-level principles put in law get turned into a lot of guidance, because people don't want to offend these kinds of regulatory requirements. 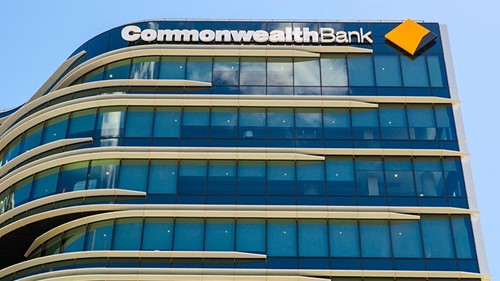