Don't Get Caught Up By The End-Of-Cycle Panic

Don't Get Caught Up By The End-Of-Cycle Panic

Property prices have slowed and investors are starting to get worried about the end of the current property cycle in places like Sydney and Melbourne.

Property prices have slowed and investors are experiencing concern about the end of the current property cycle in places like Sydney and Melbourne. If we take a look at the impressive gains in the context of 5-10 years there is still plenty to be happy about and also many opportunities for investors all around the country.

Despite what you might hear or read, the Australian property market is not getting ready to collapse. In fact, if you’re a savvy opportunistic investor there are still plenty of great opportunities to be found if you are prepared to look all around the country and assess where each market sits in its own property cycle.

The reality is that prices in some markets such as Sydney and Melbourne have cooled down recently. But we need to put those falls in context with the huge increases we’ve seen over the last 5, 10 and even 20 years. The 10-year rolling average annual growth rate for Sydney and Melbourne sit at 7.22% and 6.53% respectively, suggesting there is plenty to be happy about for property investors even after the small fall.

Sydney has seen six quarters of negative growth to be off -7.8% over the last 12 months. Prior to that, we have seen house prices double in value, yet investors are miserable at the small drawdown that they’ve witnessed recently.

In the proceeding five years, Sydney grew at 13.8%, 12.2%, 13.9%, 10.3% and 3.8%. Investors should be celebrating. During this cycle, it is the first time in the history of Australia that a single cycle has generated million dollar plus profits in a market. Never has that been done before.

Melbourne is another interesting story in terms of where it sits on the property cycle. In my opinion, Melbourne should not be seeing the declines that it is, because the stats are distorted.

What we’ve seen in Melbourne over the past few years has been a mass construction boom that was aimed predominately at foreign investors. This was very poor quality stock, that is now coming back onto the resale market, and being sold at lower prices than what the investors originally paid. Hence the negative growth statistics.

The normal owner-occupier market, consisting of quality properties in good locations, is holding and actually still improving. But based on the figures the numbers look poor and people are currently reacting to ‘figures’, that aren’t necessarily accurate.

Brisbane remains a strong market, as that’s where many of the people from Sydney will ultimately end up. Brisbane is only off -0.3% over the last 12 months and many areas are holding up well and growing.

Perth, as I have been suggesting for some time, is well overdue for some growth. While Hobart continues to buck the trend and remains the star performer, currently up 9.6% over the last 12 months.

One of the issues that have seen prices weaken has been the reduction in foreign investment in Australia. We’ve seen investment drop from $70 billion to $12 billion. This is because the State  Government’s introduced levies on foreign buyers of between 7-8% across Australia.

We have to remember that these buyers are investors who want a return on their investment. And if there are factors that hurt their return, they will simply look for other opportunities elsewhere. However, it is important to remember that $12 billion is still twice as much as the previous historic average, which suggests there still is demand there.

All we have been seeing recently is property prices fall back to their respective averages. In Sydney in 2017 house prices were +54% above the national average which was far too high. It has now corrected to +38%, which is more in-line with historical figures. Sydney isn’t collapsing, it’s simply coming back into its normal range, where it does trade at a premium to other cities in Australia.

While some of the other major cities like Brisbane, Adelaide and Perth are all more than -35% under the national average which is more than historical levels, suggesting there is room for growth in these markets.

The reality for Australia is that we have a strong, stable economy which creates some of the smoothest property cycles of anywhere in the world. One of the key factors that drive it is population growth which is still going to be expanding for many years to come. Despite the annual quota of new immigrants to Australia falling to 160,000 from 190,000, these new arrivals need to live somewhere and there is already huge pressure on housing even at current levels.

Vacancy rates all around the country are also at historically low levels. Sydney sits is at just 3.0% and Melbourne is seeing a very tight 2.1%. That suggests there is still pressure on the demand side so while Sydney is cooling off and is end-of-cycle, it is not risky. There is still demand there.

As mentioned, Perth is clearly overdue for some growth given the fact that it has seen four years of negative growth, is now back at 2.8% vacancy rates, having virtually halved in the last 12 months.

So while there is plenty of doom and gloom out there, I would suggest that there is a lot to be positive about for all the major cities in Australia. Let’s not forget that we’ve just had one the most impressive runs in Australian history and that is something the celebrate, not be fearful of. 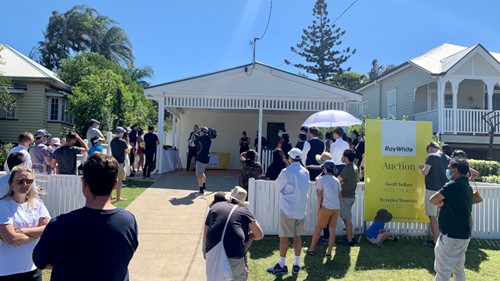 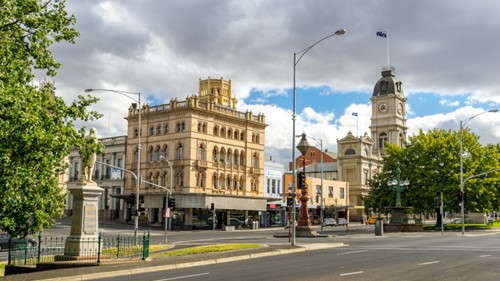 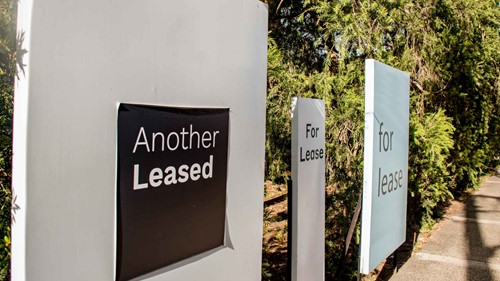