Thirty years of property investing has taught this accountant turned buyer's agent that investment strategy needs to constantly evolve, whether in response to market trends or in anticipation of them.

Thirty years of property investing has taught this accountant turned buyer's agent that investment strategy needs to constantly evolve, whether in response to market trends or in anticipation of them.

Mark Casey entered the property market in 1991 soon after starting his first job at Deloitte, when he purchased a one-third share in a two-bedroom unit in Scarborough, a coastal suburb in Perth, from his parents.

With his parents acting as guarantor and having seen them enjoy investment success, his passion for the property market was ignited.

Three decades later and Mr Casey’s family property portfolio extended to as many as 18 properties at its most expansive and currently sits at 10 properties.

He initially set out with a strategy of buying, holding and developing, which stood him in good stead for 23 years through a booming state and national property market.

“Over the last seven years we have started to consolidate our portfolio, paring it back to ten higher quality properties and focusing on debt reduction, while also targeting a mix of commercial and high-yielding cash flow assets,” Mr Casey told Australian Property investor Magazine.

“The record low interest rates have been an ideal time to focus on some debt reduction within the portfolio and our portfolio is now well and truly cash flow positive, which assists with debt reduction.”

While their investments have been very much focused on Western Australia, the Caseys' buying strategy has been diversified through a metropolitan and regional mix, commercial and residential, vacant blocks, development sites, as well as of apartments, townhouses and houses.

“Our property portfolio is still very much WA-focused, but I started restructuring it in 2013-2016 with a stronger focus on debt consolidation and yield, as opposed to the high-growth focus we took during our accumulation phase,” he said.

“We’ve shifted to more cash flow investments to build up a passive income in the lead up to retirement.”

Mr Casey said they had enjoyed success investing in a commercial syndicate in 2013 that included exposure to retail tenants such as BCF, Good Guys, Fantastic Furniture and Furniture Bazaar, which has yielded an average 10 to 12 per cent annual return.

“As we’ve advanced more in our portfolio, we’ve also focused on diversifying our asset base through sophisticated investments such as property funds, including investing alongside our investors at Momentum Wealth into a boutique residential development syndicate in Carine (on Perth’s northern suburb freeway belt) in 2013/14, which yielded 40 per cent return on funds over several years,” he said.

The fund involved the construction of two high-quality apartment complexes with eight apartments each, as well as three high-spec’ townhouses.

The resources-rich north-west Pilbara region of Western Australia has long held the title of the nation’s most volatile property market.

But that was no deterrent for Mr Casey and his co-investors, who timed the market perfectly to leverage the improvements in WA’s mining and resources sector, securing a four-bed, four-bath house in mining centre Karratha in 2017 in a joint venture.

This had an initial yield of 13 per cent and is currently yielding 19 per cent gross.

It was Mr Casey’s second investment in Karratha, following his first purchase in the Pilbara back in 2003.

Through the mid-2010s, Perth’s property market stagnated after a decade of rapid growth, coinciding with Mr Casey’s decision to shift strategy to a consolidation phase during which he sold down properties in near-CBD Perth locations East Victoria Park, Wembley, South Perth, Manning and several other suburbs.

They also used this time to update the family home, with his wife and three high school to university-aged children now living in Applecross, nestled on the southern shores of the Swan River.

Despite Perth in the late 2000s challenging Sydney as the most expensive capital city property market in Australia, it is now the most affordable.

But despite his portfolio only having included one interstate property, in Frankston, Victoria, Mr Casey was buoyant about Perth’s long term prospects.

“Property investing should be viewed as a medium to long-term investing strategy,” he said.

“The last six or seven years have challenged many Perth investors, with a pull-back in prices and rents, but those who selected assets astutely and hold out should see significant benefits over the next few years.

“A lot of the smart money from east coast investors is now entering the Brisbane, Perth and Adelaide markets, which have greater capital growth upside over the next few years, and will not encounter the same affordability issues.

“Perth prices have rebounded on average 18 per cent over the last 12 months.

“Property markets move in cycles and while Perth endured a period of stagnation, that time is near for Sydney, Melbourne and Hobart, given the percentage of family income required to service a mortgage is 44 per cent in Sydney, 36 in Melbourne and 31 in Hobart, compared to just 26 per cent in Perth, rendering the more expensive cities very sensitive to interest rate increases.”

Mr Casey started as a buyer’s agent with Momentum Wealth in 2011 when the role was still relatively unknown to Perth investors.

“It’s now very hard for buyers to determine market value, and even then they are often facing multiple competing offers, so a good buyer’s agent can guide them on how to place a competitive offer while also ensuring they aren’t overpaying for a property that’s not going to pay them back in long-term returns,” he said.

“Our main focus is on guiding buyers to the best opportunities and focusing on the right properties that will offer above-market capital growth.

“An astute investment that outperforms the market by 2-3 per cent can add several hundred thousand dollars in additional capital over 10 years with the additional compound growth,” he said.

Asked if the old mantra of location, location, location still rang true at a time when developers are placing more emphasis on design and modern innovations, he said investors were wise to look towards potential upside ahead of existing luxuries.

“I usually focus on strategic locations with good inherent land content where we can add value,” Mr Casey said.

“It is always critical to maintain a balance of growth and cashflow to ensure you can buy and sell when you want and not have your hand forced due to serviceability and debt issues."

When it came to financing, Mr Casey had stuck with the major banks but spread his exposure.

“Like all investors, my portfolio has experienced different growing pains over the last 30 years, whether that was constrained serviceability or equity where the portfolio sometimes needed additional time to accumulate growth, or I needed to diversify into alternative banks to continue moving forward,” he said.

“I have stayed with the major banks, but always tried to diversify across at least three banks to reduce dependence on a single lender.”

The WA Chamber of Commerce recently reported there were 55,000 job vacancies in WA, and when the borders open, the prospect of people returning to Perth in big numbers could further tighten the rental market and bring investors back in greater numbers.

“I expect to see both Perth and Brisbane perform well over the next 3 to 5 years," Mr Casey said.

“Both capitals have room to grow and will not be as heavily impacted once interest rates start to rise which could be in late 2022 to mid-2023.”

If that happens, Mr Casey’s travel and retirement aspirations will be well and truly on track.

“I’m enjoying what I do but it would be great to be in a position to semi-retire in five years and take up to a year to travel around the country with my wife in a caravan when our youngest is at university,” he said.

“I think I would get bored if I put my feet up now but, hopefully, we’ll also do a lot more travelling interstate and overseas when the borders open.” 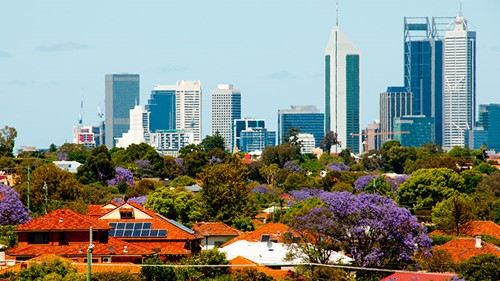 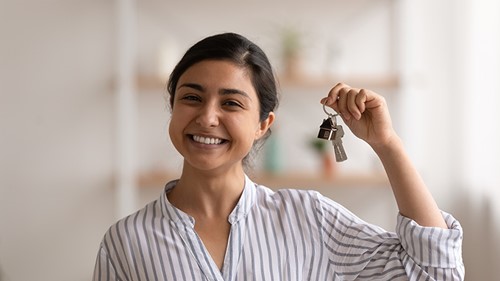