Among the many findings of how and where Australians live, the census has shown that there is a shift towards apartments while other data shows our homes are shrinking by the year.

By Craig Francis
| 29-6-2022 | Residential | 4 min read
The 2021 Census revealed much about the shifts in ownership and living patterns of Australians.

The Australian Government this week released a treasure trove of data that sheds light on how and where the nation’s 25,422,788 people live.

The results of the 2021 Census have revealed that two thirds of households (66.0 per cent) own their home outright or with a mortgage, while almost one third of households rent (30.6 per cent).

The proportion of apartments continues to increase, with apartments accounting for nearly one third (30.9 per cent) of the increase in private dwellings since 2016.

“The first is that the Great Australian Dream of home ownership is alive and well.

“This is largely due to the spike in first home buyers over the covid crisis where Australians entered the market in large numbers, capitalising on low interest rates, government stimulus and investors holding off buying property as the pandemic broke.

“That being said, the challenges to home ownership – and paying off a mortgage – have been made all the more apparent.

Honey, I shrunk the house

Not everyone lives in a conventional building.

Many alternative dwellings were also counted on Census night, including caravans (58,155), cabins and houseboats (29,369).

Australians on the whole are living in smaller properties.

As well as the shift towards apartment living, the Australian Bureau of Statistics issued its own data this week, revealing that the average site area of new houses in Australian capital cities has decreased by 13 per cent (64 square metres) over the last ten years.

Brisbane (+5 per cent) and Adelaide (+5 per cent) increased in average floor areas from 2012 to 2021, while Sydney and Perth both decreased at the same rate (-7 per cent) over this period.

Not all dwellings were occupied on Census night (such as vacant holiday homes or vacant investment properties), with the 2021 Census finding more than one million (1,043,776) unoccupied dwellings.

In the space of two decades Australia has added 2.1 million homes to its property portfolio but an extra 360,000 are being left vacant.

The census showed empty property numbers up by 19 per cent in Melbourne and 15 per cent in Sydney over the past five years.

While many commentators have suggested the figure is an indictment on the system in a time of high unaffordability and homelessness, the million empty homes are predominantly still unavailable for valid reasons.

Data released on Wednesday (28 June) by SGS Economics & Planning found there “does not appear to be a large pool of dwellings withheld from the housing market”.

Valid reasons for unoccupied homes include new constructed homes yet to be occupied, homes for sale or under offer, properties being renovated or awaiting demolition and deceased estates.

It could also be due to the residents simply not being at home on census night, or the property being temporarily untenanted.

Tim Reardon, HIA’s Chief Executive, said unoccupied dwellings have consistently made up around 10 per cent of dwellings in Australia in the past 35 years. 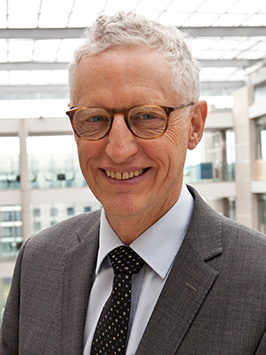 “The two main reasons for a dwelling being unoccupied were that it was a holiday home, or the residents were absent on Census night.”

“This is not evidence of an under-utilisation of housing stock, but an indication that on any given night of the week, some households are on holiday,” Mr Reardon concluded.

“During the Census, we reached people staying in hotels, those travelling on Census night, and even Australians working offshore.”

He said the information collected about how people live and what type of home they live in will help inform community planning for new housing and support existing living arrangements within the community.